I have now been to the beautiful Polish seaside city of Gdańsk in seven consecutive calendar years, a statistic I never thought would happen way back in 2016. But here I am in 2022, back in the city I love, a city that inspired me so much. I was also here in 2017, 2018, 2019, 2020 and 2021, the city has an incredible magnetism for me and I will now reflect a bit on the journey from France to Gdańsk. I actually started off my trip to Gdańsk in Milan… 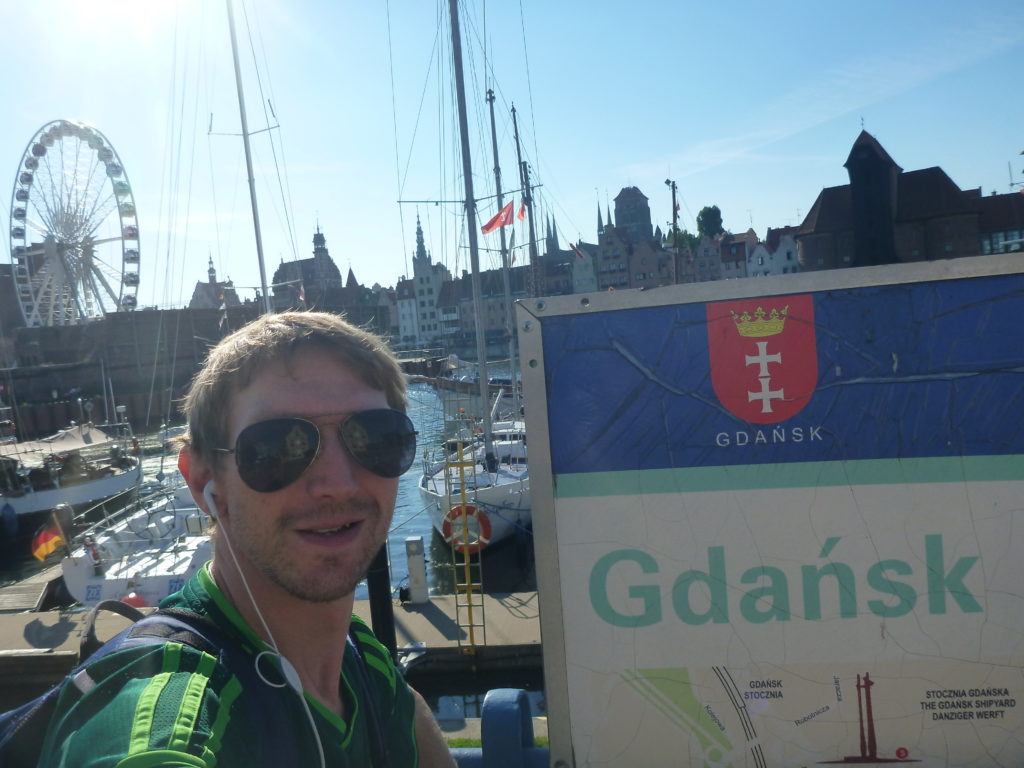 I flew into Milan from Cork. I spent three days in and around Milan, visiting the San Siro, the castle, the art galleries and of course watching some football. Then from Milan, we headed overland by train to France!!

I was in France for the Euro 2016 football tournament. We booked the trains online and we did the same for the hotels and hostels, using Ebooking to save time and get an easy reservation. On that trip to France, we started off in the city of Nice, where we watched Poland v. Northern Ireland in the Euros. Sadly Northern Ireland lost 1-0 on the day, but it was good fun before we had to overland north to the city of Lyon… 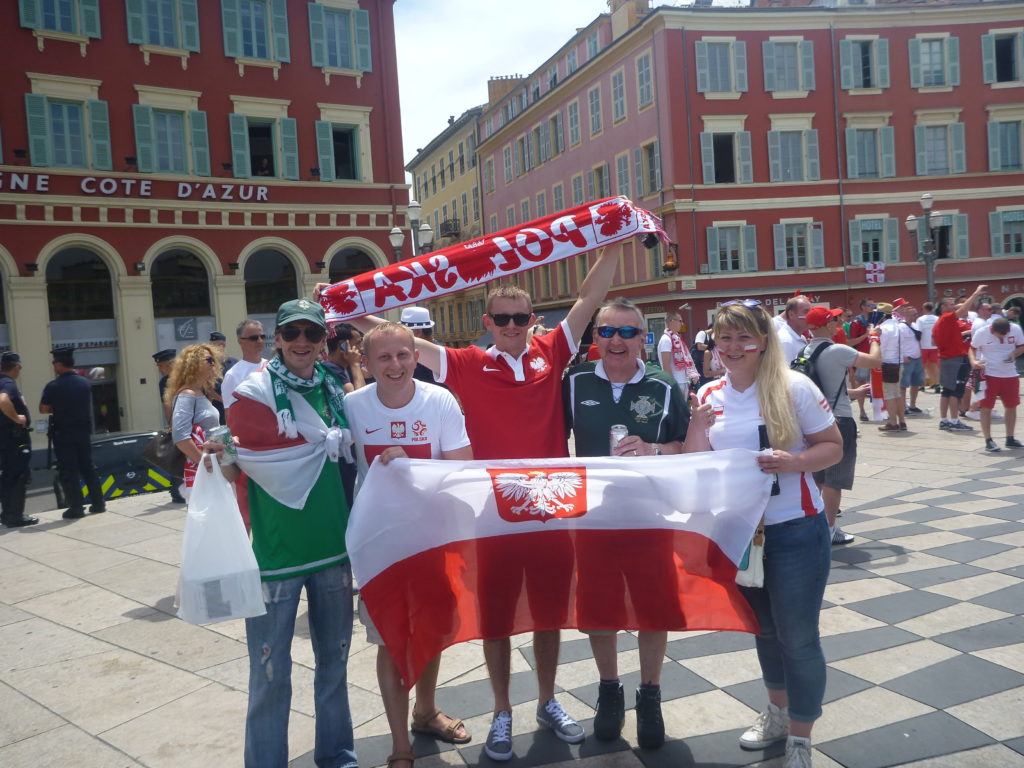 In fact, on route to Lyon we also did the trip in and out of Monaco, itself a separate country with the capital city there being Monte Carlo. We toured the main sights there which included the famous casino, the grand prix circuit, the harbour and the most dangerous bend in Formula One motor racing. 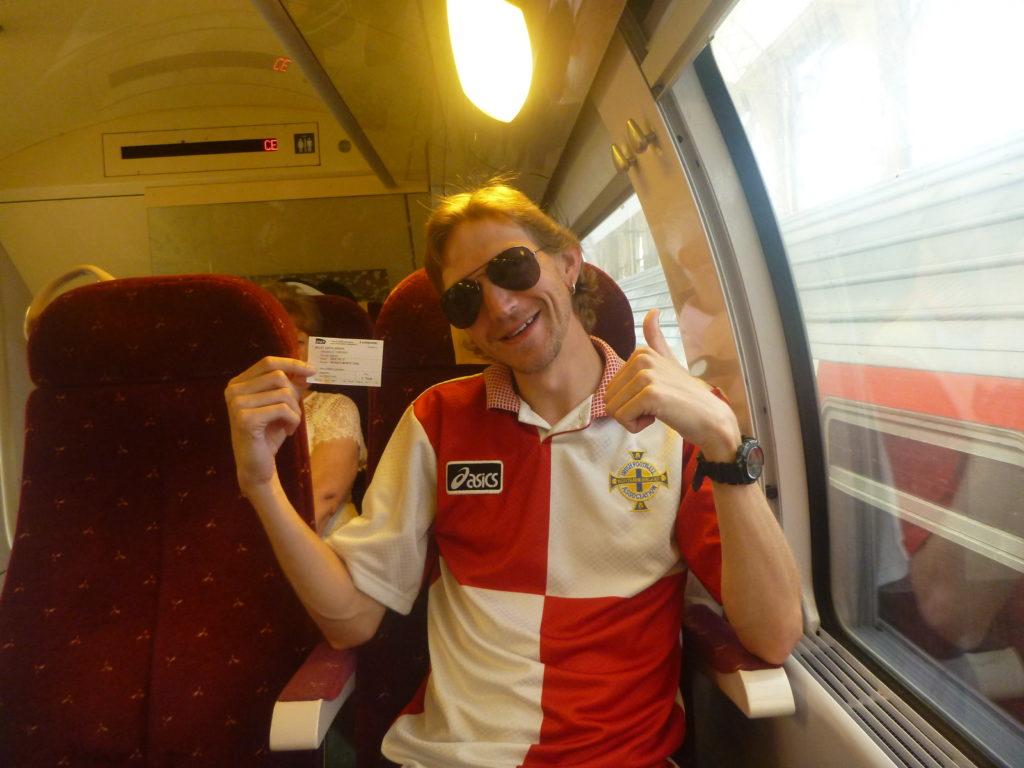 On the train from France to Monaco in 2016

In Nice, we stayed at the Hotel Saint Gothard, and then in Lyon we opted for the Ibis Hotel. Of course, they were booked online as it was easier, and was also a busy time due to the Euro 2016 football tournament. In Lyon, France we watched the Northern Ireland v. Ukraine match. This time, my team was successful as we won 2-0, goals from Gareth McAuley and Niall McGinn. After that match, we stayed in France, again booking into an Ibis Hotel. This time however we headed north by bus. We got a cheap Megabus which took us from Lyon to Paris, the romantic capital city of France. 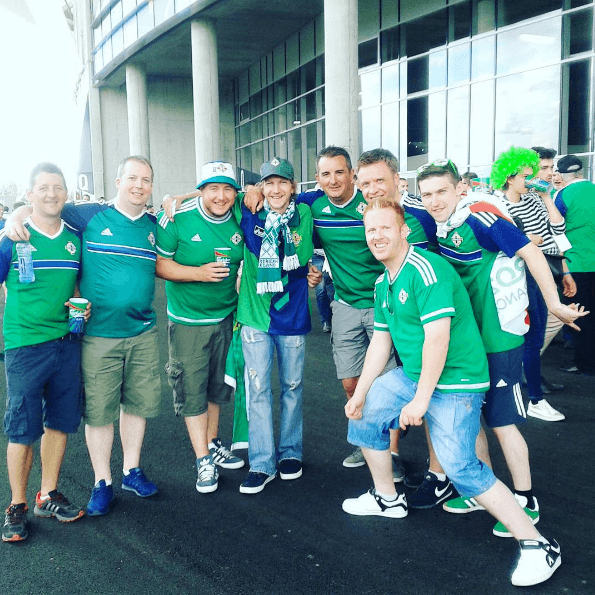 It’s the Ulster Boys making all the noise, everywhere we go – here in Lyon, France

We stayed a bit north of the city in fact, in an area known as Epinay Sur Seine. From there, we toured the usual sights whilst based at that hotel. We were able to see the Sacre Coeur, Montmartre and the famous windmill of the Moulin Rouge. As well as the usual textbook tick-off sights like the Eiffel Tower, Champs Elysees and the Arc de Triomph. In France, there were two matches to attend as well as some local bar hopping and indulging in French wine, cheese and pancakes – crepes. The first match was a 1-0 defeat to Germany, which meant that Northern Ireland went through to the next goal by virtue of three points, a zero goal difference and one of the top 4 third places teams.

The final part of that trip to France saw me get a bus overland to Brussells. It was here in Belgium, that I booked a flight back to Poland, and then…I ended up loving Gdańsk and living in it. It was a very crazy journey.