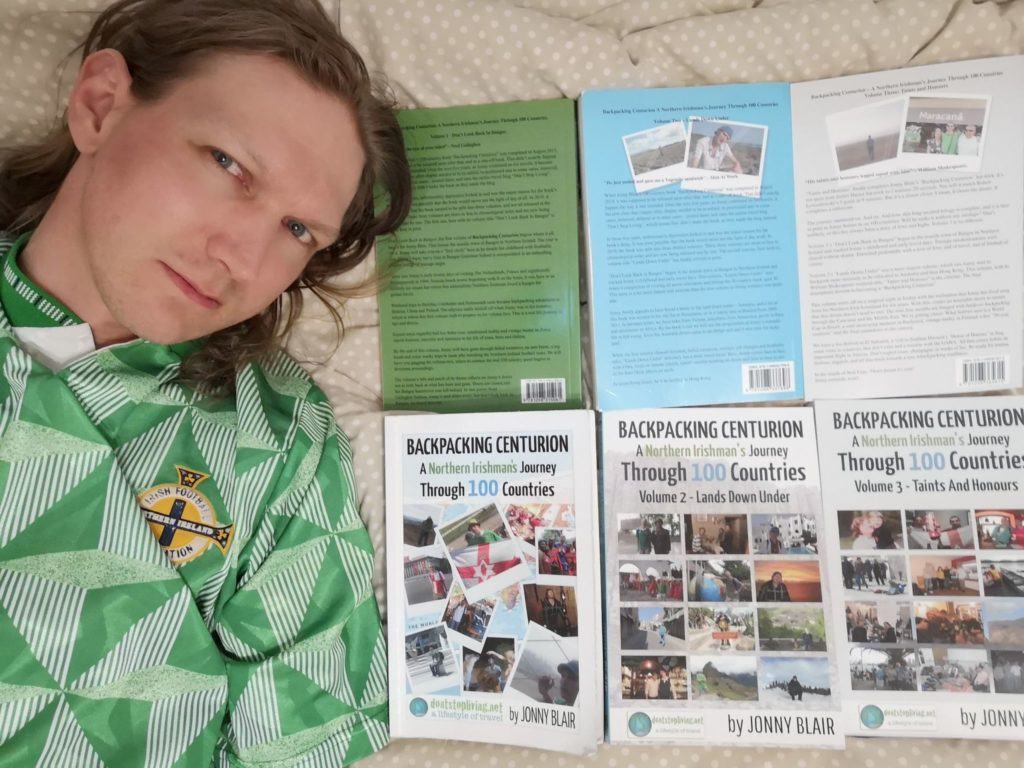 Volume 1 – Don’t Look Back In Bangor

Volume 2 – Lands Down Under

Jonny Blair is a Northern Irish travel writer based in Poland. Jonny was born in Newtownards in 1980 and grew up in Bangor in Northern Ireland. Since leaving his hometown in 2003, Jonny has travelled far and wide, detailing his journeys on his one man travel blog, Don’t Stop Living. Jonny has visited over 180 countries across all seven continents including Iran, Ethiopia, Andorra, China and Suriname. Jonny has also travelled to some lesser known places such as the Republic of Uzupis, Podjistan, Nauru, Kugelmugel, Sark, Antarctica, Nagorno Karabakh, Iraqi Kurdistan and The Empire of Austenasia. As well as working as a freelance writer, editor, teacher and copywriter, Jonny has also worked in bars, hotels and restaurants as well as on ferries, in farms, in schools and in offices. Jonny writes every day in some capacity and is also a poet and a football fanzine editor. Aside from travel, Jonny is a passionate football supporter of Glentoran FC, AFC Bournemouth, Klub Pilkarski Starogard and Northern Ireland. Jonny aims to inspire other people to get out there and see the world with their own two eyes.
Follow and like Northern Irishman in Poland: