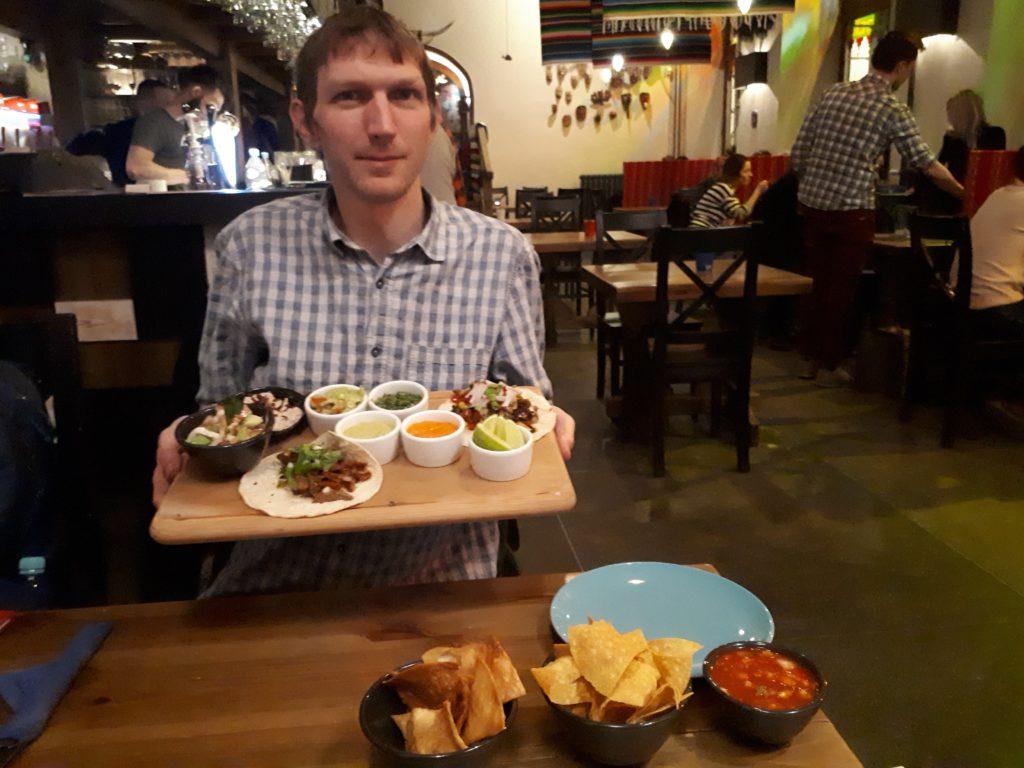 Once you settle in a country, you start to love the local food – it’s happened everywhere I’ve gone, yes even in Hong Kong and China, I at least tried and liked the food (for a short while, Kongy). But once you’ve tried most of the local recipes and dishes, you often need to delve in foods that you enjoy away from the local stuff and I’m never ashamed to admit I also love to try kebab, pizza, sushki, weganski, burgery and any food I find in Poland despite loving pierogi… 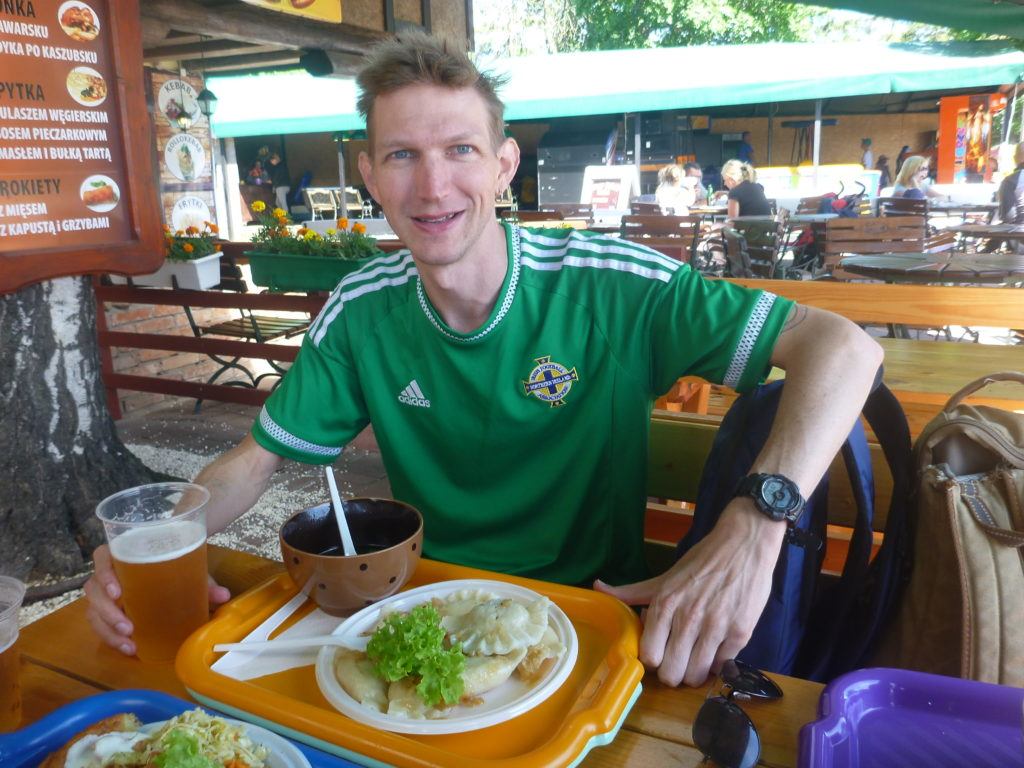 I love Polish food, and it’s clear to my friends, family and followers, but then again I eat Polish food all the time! So once a week, sometimes more, I indulge in some foreign international food. Sometimes it is imported, sometimes it is Polish food made into a foreign recipe. Aside from Polish food, my favourite countries for cuisine have always been Northern Ireland (I miss a proper cheese and bacon soda, or just good black pudding or some Coleraine cheddar and crackers or a bit of Veda and Golden Cow), Italy (I’m very prone to a pepperoni papparazzi pizza) and Mexico (I love nearly every Mexican dish I have ever tried). I made some great friends when I travelled through Mexico, I tried some great food, but my favourite Mexican (apart from Hugo Sanchez and Jorge Campos) is David aka Chido Fajny! 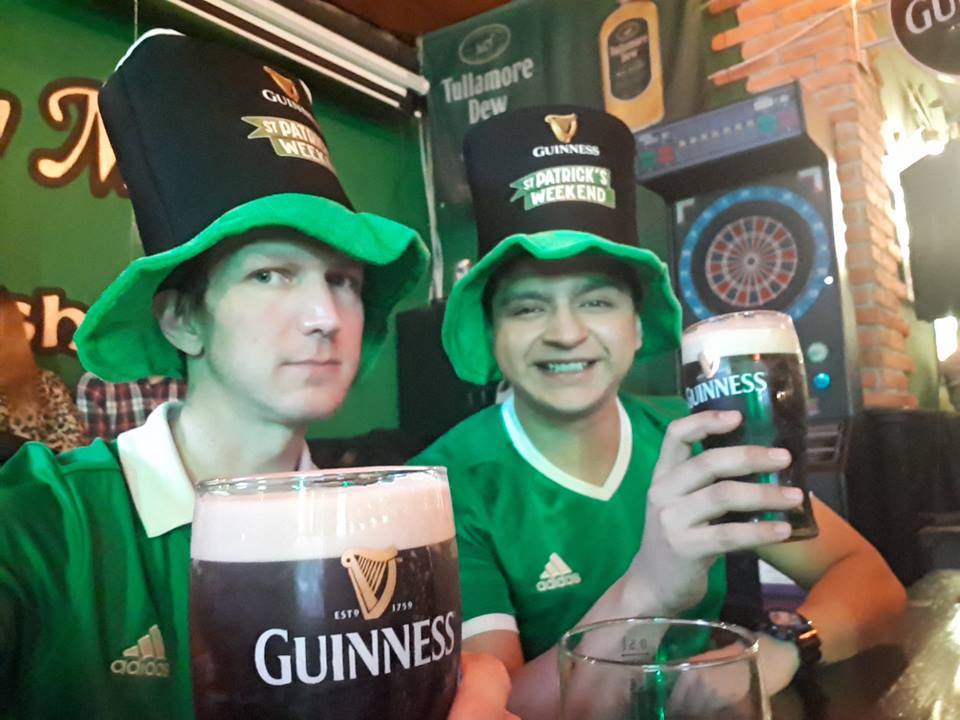 As a lover of Mexican food, I have now been to around 25 Mexican restaurants in Poland. My favourite one used to be Pueblo in Gdańsk and Gdynia. But not anymore after I moved to the capital. Step in El Popo!! This is the best Mexican in Warszawa, my new favourite. Get ready for some very good food and an authentic Mexican extravaganza! 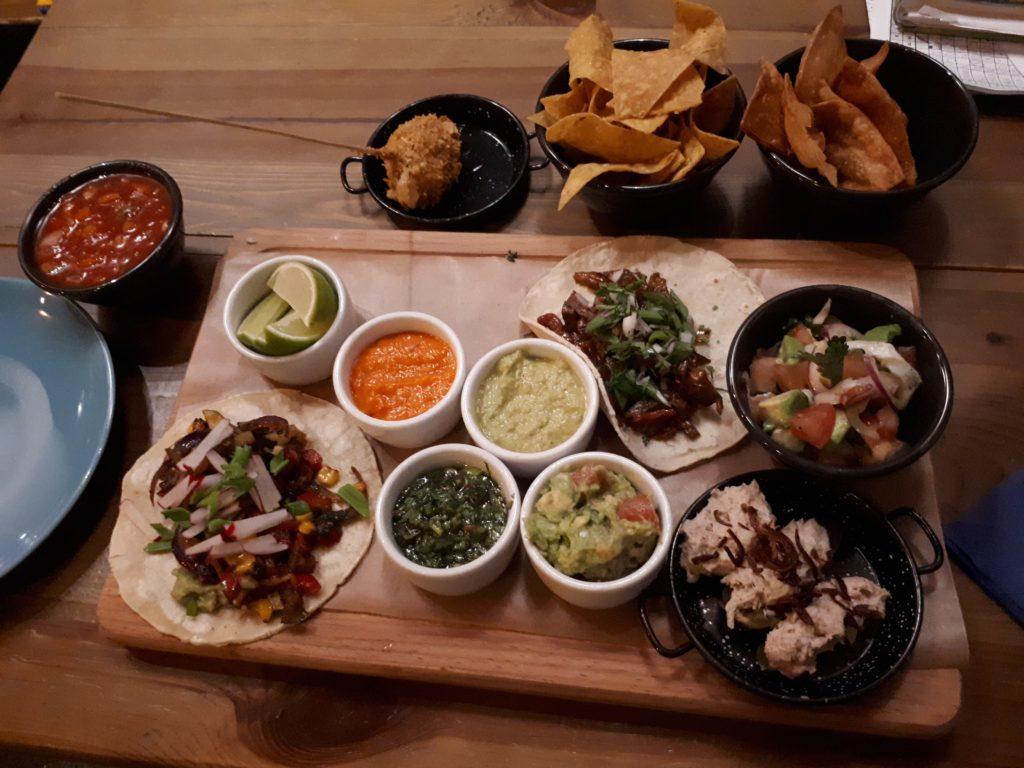 Where is El Popo?

El Popo is situated not far from Warsaw Old Town. It is on Senatorska Street, number 27 close to the huge and elaborate National Theatre. 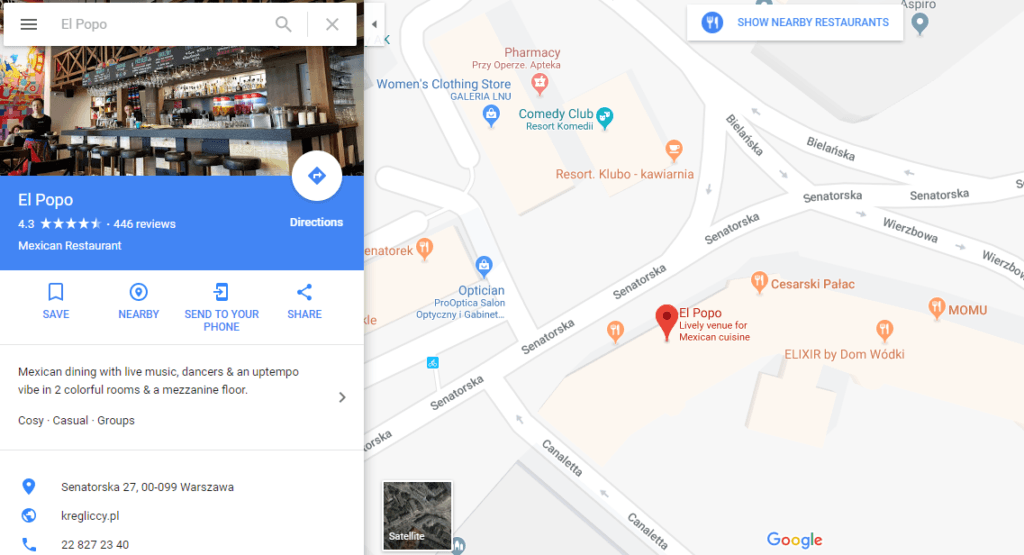 The Decor in El Popo

Inside El Popo is a traditional restaurant with a cosy Mexican ambience, atmosphere and design. Colourful blankets adorn the walls. An open plan bar serves up the finest cocktails and the local waiters and waitresses serve you with a good knowledge of Mexican grub. I backpacked in Mexico for 3 weeks back in 2014 and ever since, I have been addicted to any kind of Mexican food. 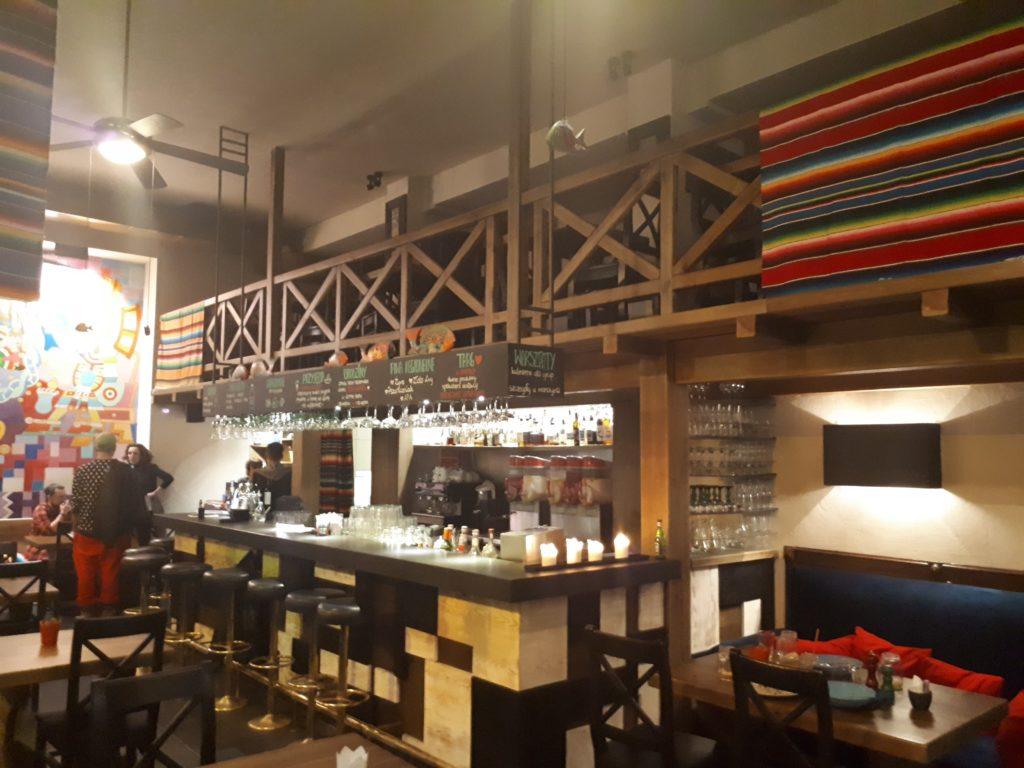 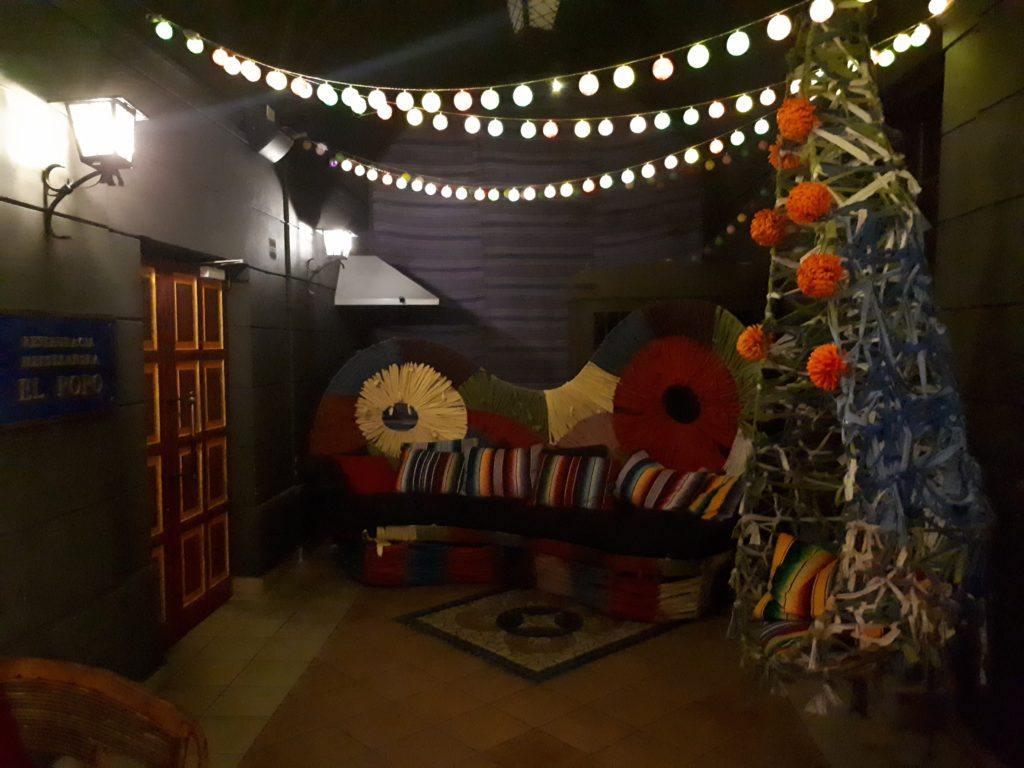 The Menu at El Popo

I feasted my eyes on the menu at El Popo. Mexican restaurant menus alone make my mouth water. You can find the entire menu here, and I’ve listed just some of the main items on the 2019 latest menu. The menu does vary from time to time, check their website and Facebook Page for the latest. 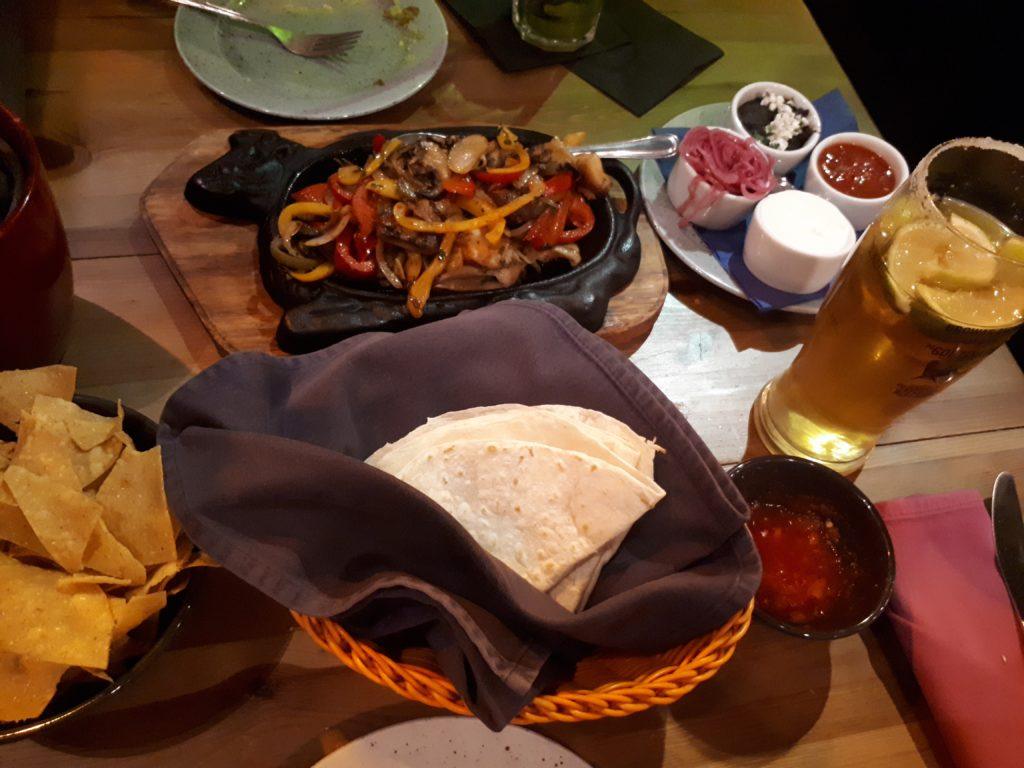 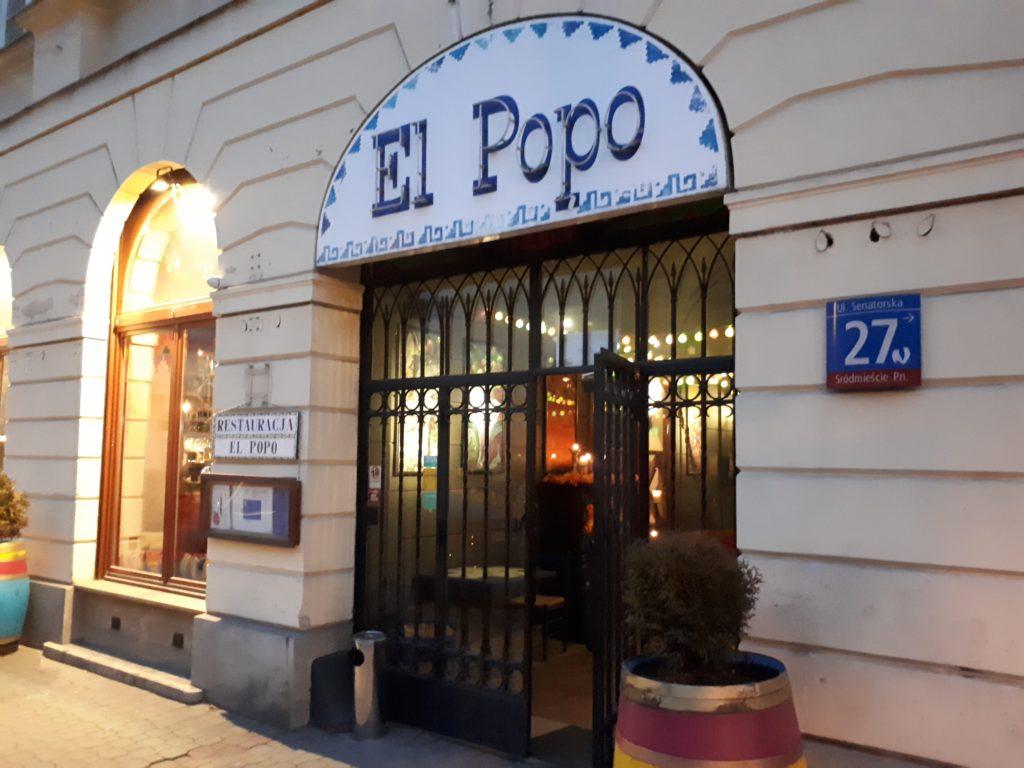 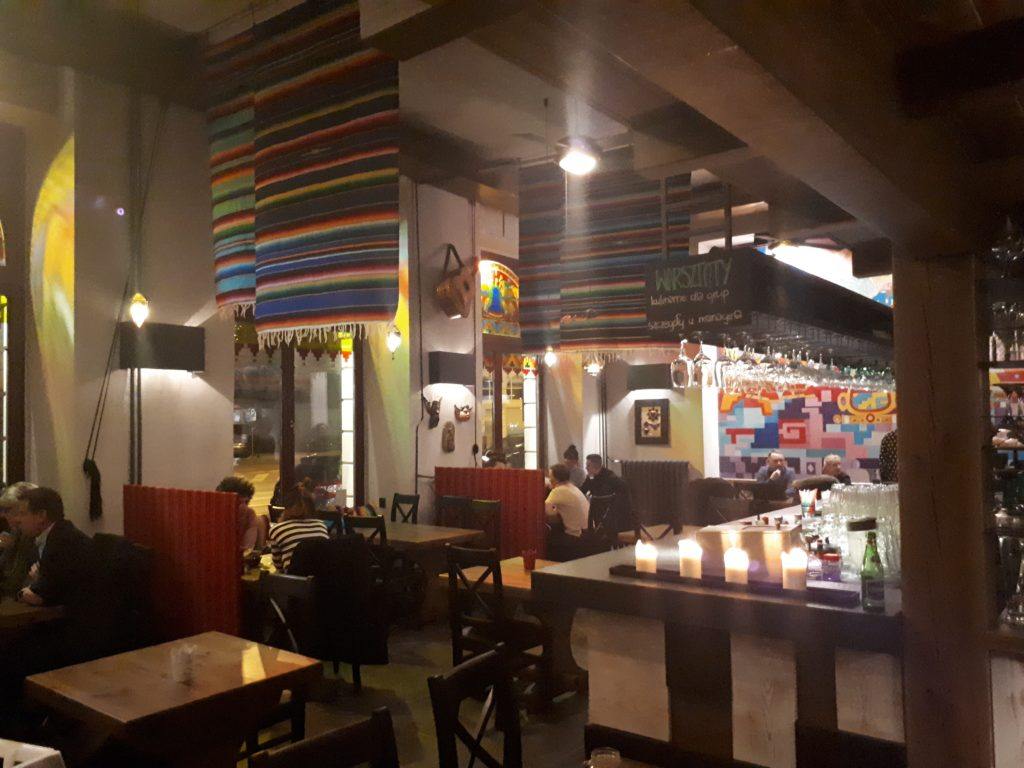 (all prices in zlotych and many of the dishes are shared).

There is also a good range of ‘Tex Mex’ food (including Burritos) and desserts (including Churros) available. 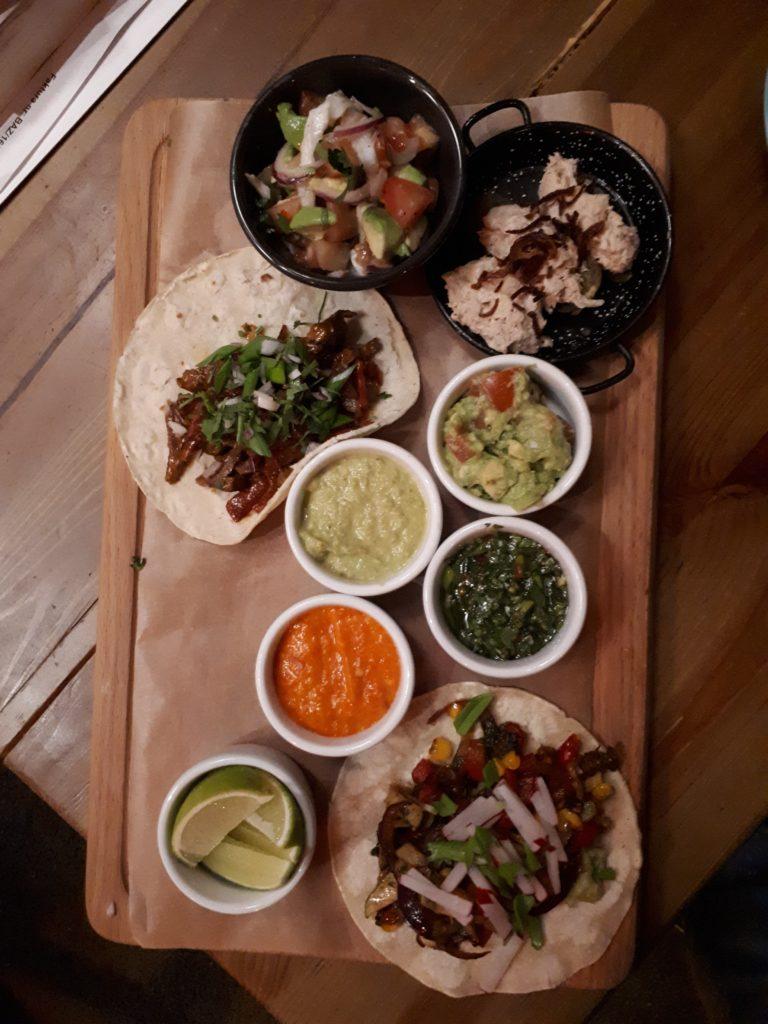 The Drinks at El Popo

The drinks menu also features a few of my favourites. I feasted my lips on a Michelada – a spicy beer cocktail I had first tried in Mexico in 2014, and later in El Salvador. Here at El Popo, they whip up an excellent Michelada. 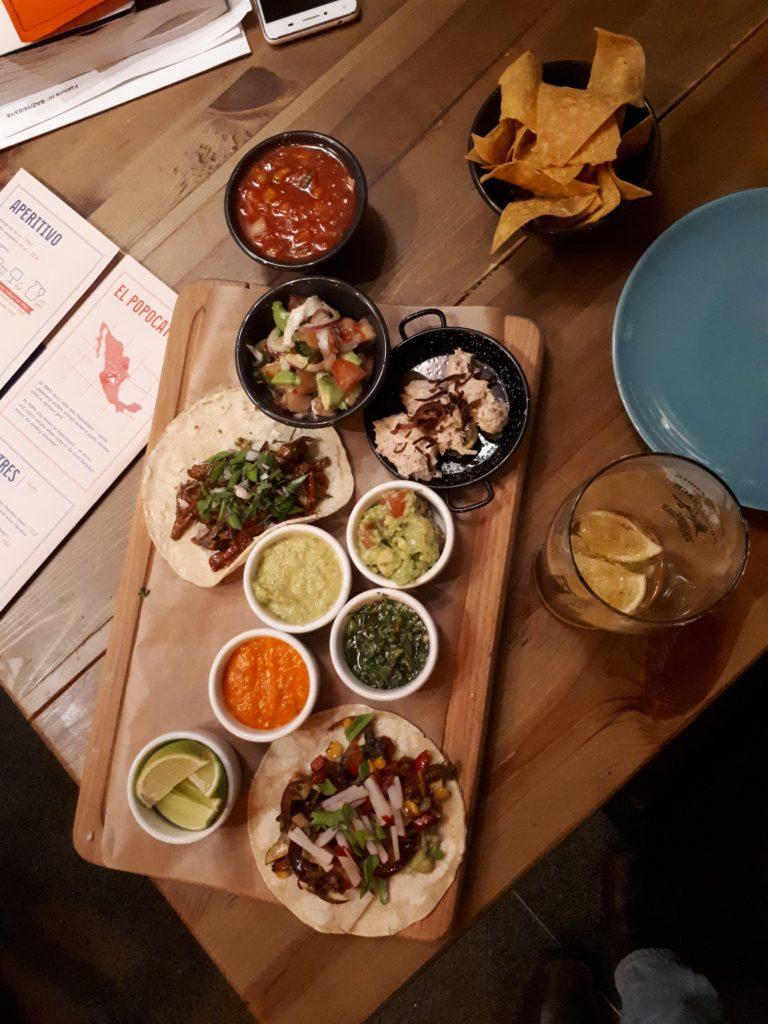 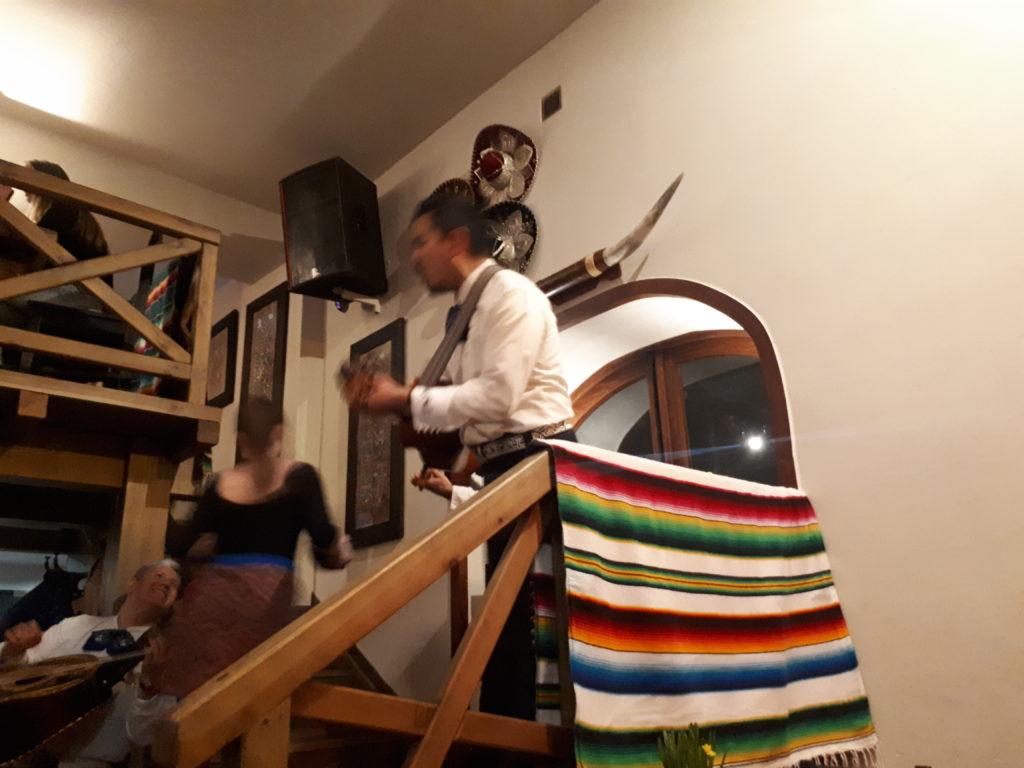 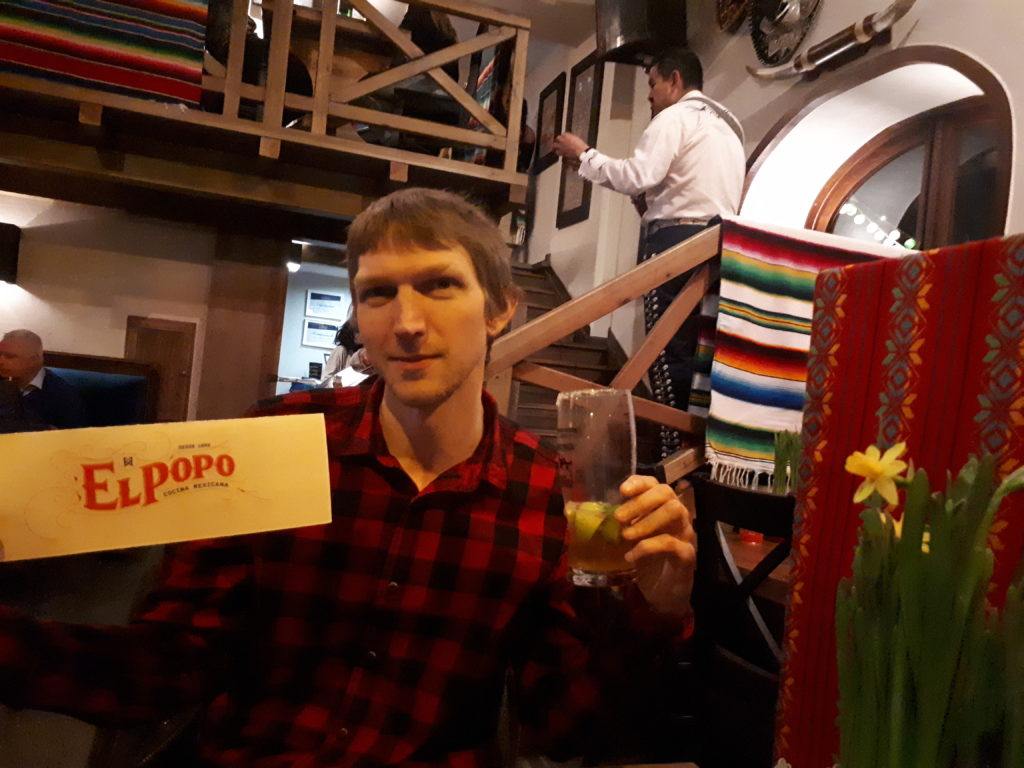 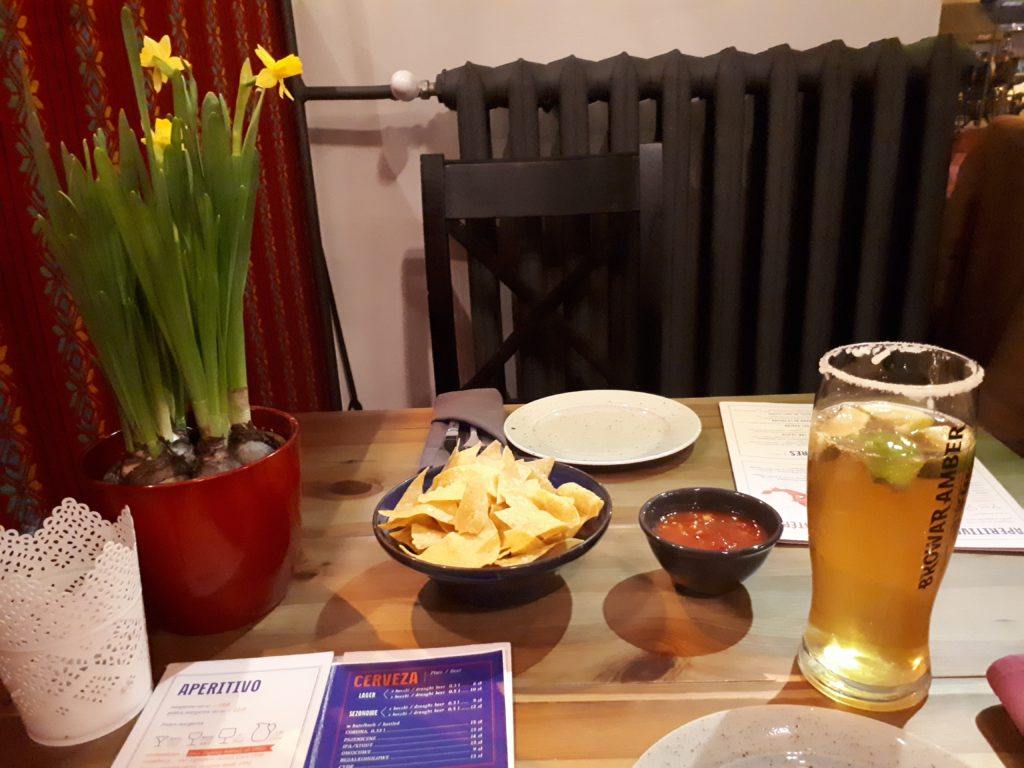 I was here with my friend Ula one night and we were given a guacamole demonstration. The expert Mexican chef came to our table and showed us how he makes the finest Mexican guacamole! After he made it, we ate it and it was delicious!! We were lucky to catch this by the way – it is not always on, the restaurant runs different demonstrations and functions at different times. 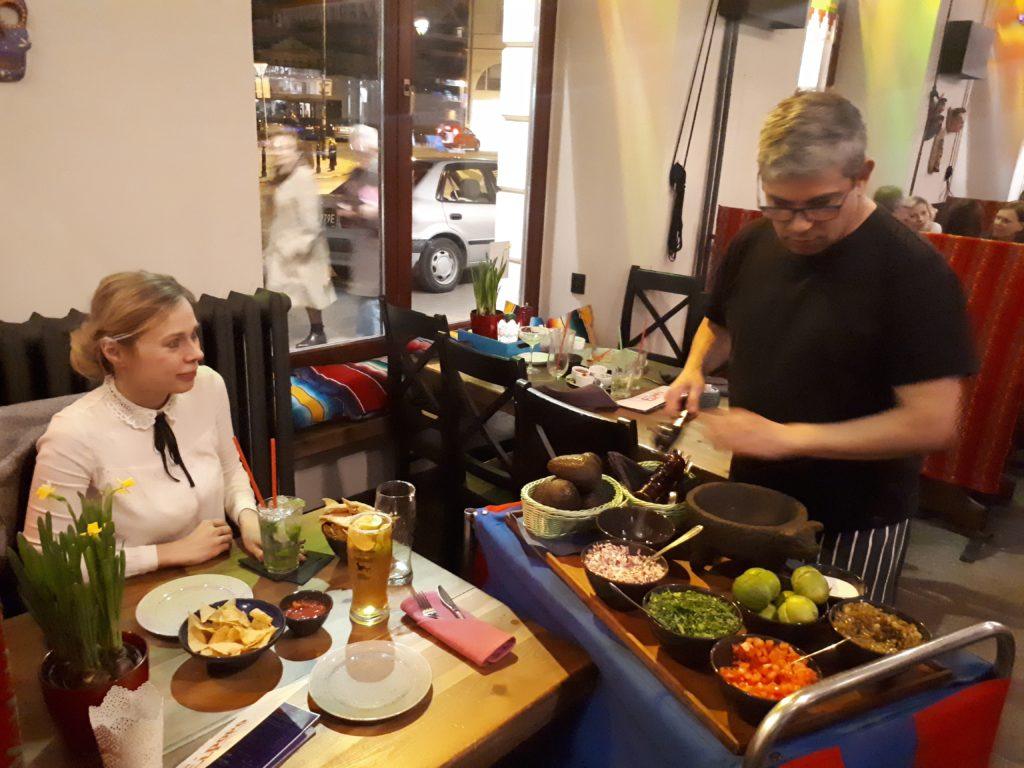 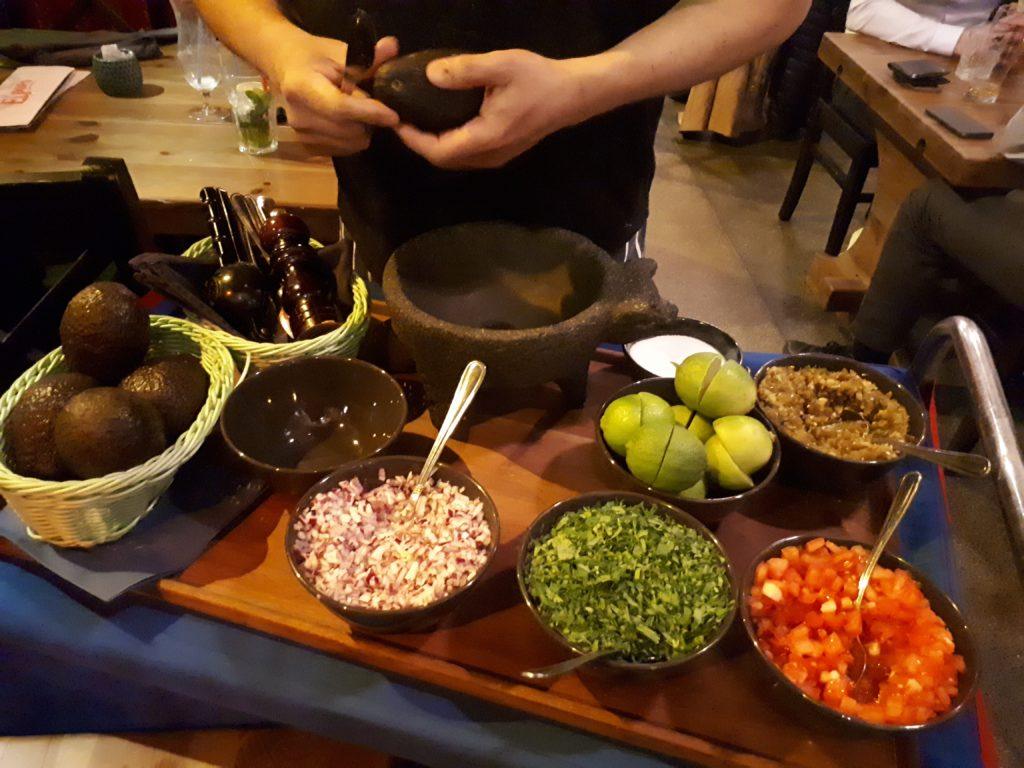 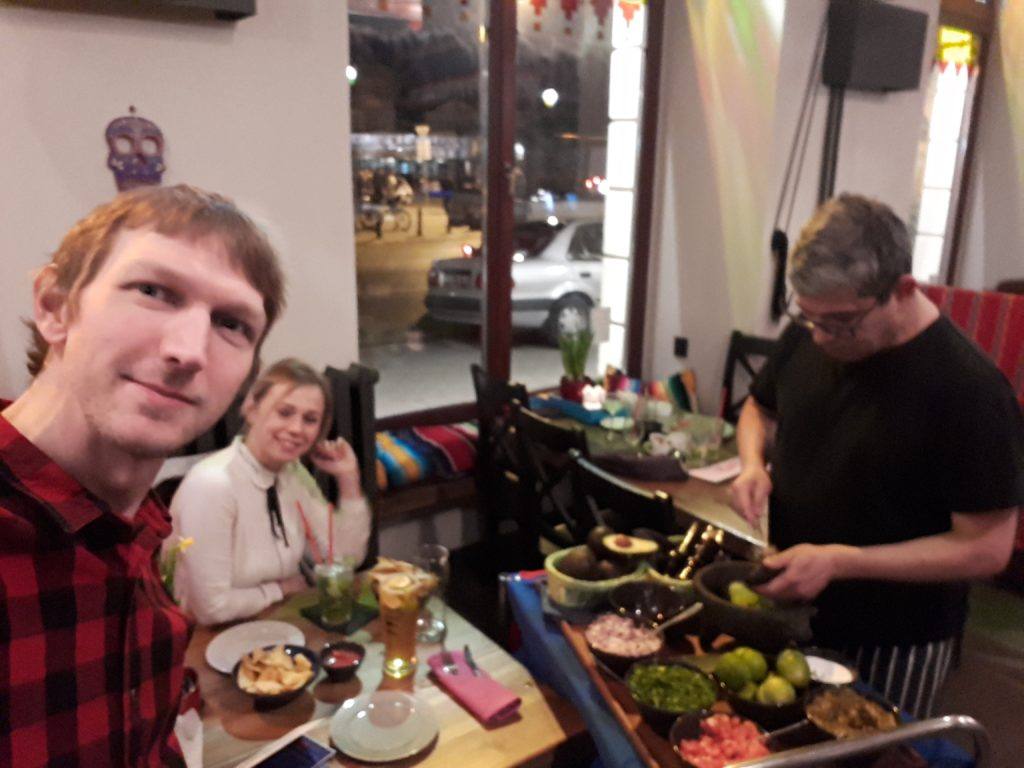 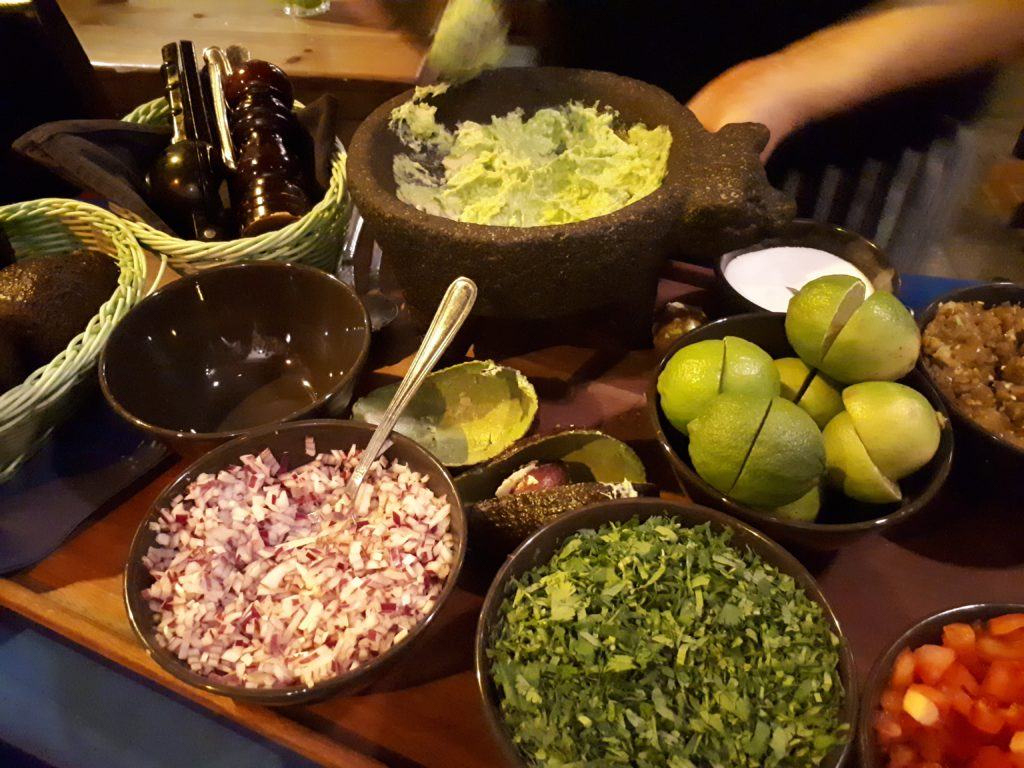 Booking a table at El Popo

Get in touch via phone or the website to book a table in advance, especially at weekends when it gets really busy.

I’ll be having Mexican food again soon, I love it – even when I am not backpacking in Mexico, a high standard is usually maintained, especially at El Popo in Warszawa.

Here are some videos from my nights eating in the Best Mexican Restaurant in Warszawa, El Popo: