Yes, it’s football crazy time again. The World Cup started on Thursday with Russia’s 5-0 win over Saudi Arabia and I’m already addicted. Since then, I haven’t been blogging much as I have been addicted to my old drug – football. I first watched the World Cup with my Mum and Dad back in 1982, as well as 1986. Both those times, little Northern Ireland qualified.

Myself and my Polish friends have watched almost every match together! We class ourselves as serious football geeks! We were watching the games and predicting the games and watching the pre-match build up, post match analysis, interviews, fans opinions, everything! So one quick post on my Śmieszne Historie o Piłce Nożnej w Polsce series today…before the madness gets even madder!! 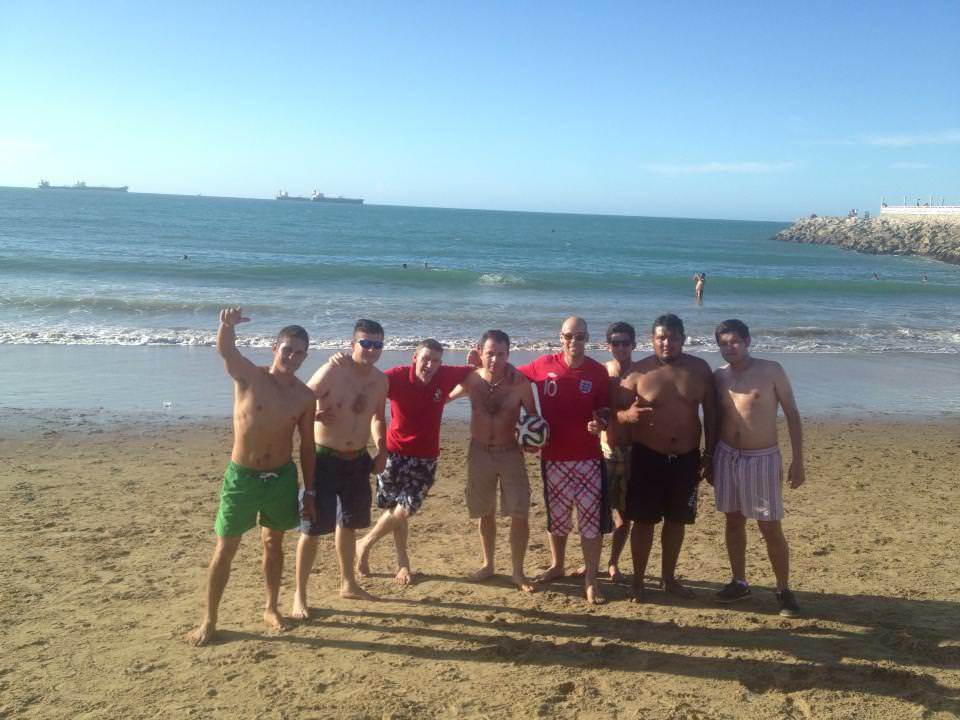 This will mean a dip in my blogging for a month, I have to be honest, I’m distracted due to the football, even though Northern Ireland didn’t qualify due to a fake pelanty from Cheatzerland. I was at the return match in Basle and very disappointed. 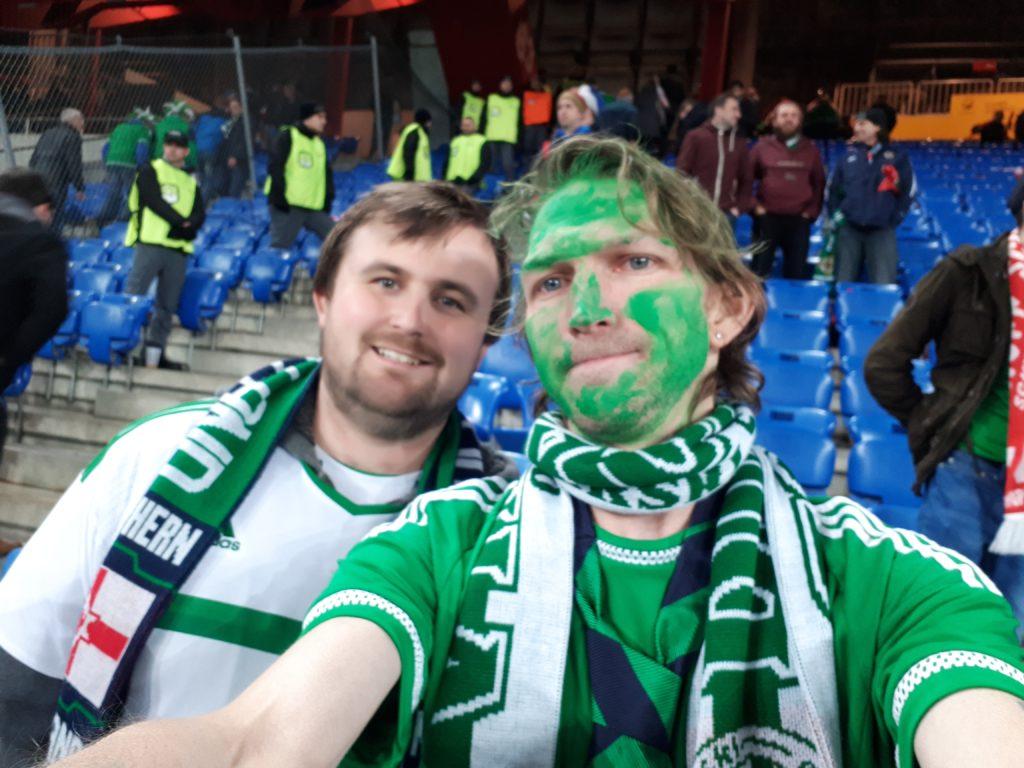 As for top scorer? My friends and I have had much debate about it. I initially thought it would be Ronaldo or Messi. But Robert Lewandowski is a great outside bet, as a Northern Irishman in Poland, I’ll be supporting him. But I have noticed that Messi as the Top goalscorer for 2018 World Cup Odds are pretty high despite that penalty miss. And I trust it, because Paolo Rossi was Top goalscorer in the 1982 World Cup because he scored 6 goals in his last three matches. He didn’t even score in the first 4 games. Neither did Gary Lineker in the first 2 matches of 1986. A quick hat-trick will sort Messi out, but Lewandowski beckons.

So apart from following Poland and watching every Poland match with my Polish friends, I am going to Russia for the Serbia v. Cheatzerland match. I cannot wait to support Serbia against a team which bribed FIFA and cheated their way to the World Cup. Even worse for me as a Northern Irish nationalist – most of the Cheatzerland players are not even Swiss! 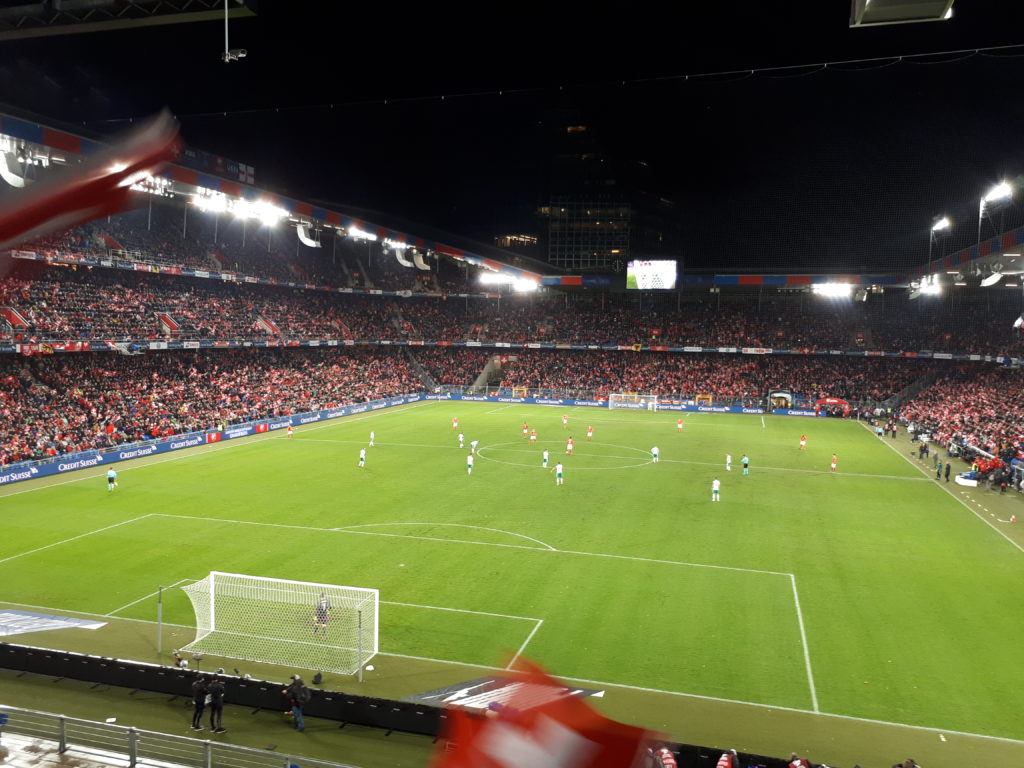 As was voted in my recent Poland Poll, I need to do a video diary for my trip to Russia for the World Cup. This will be the first time as a professional travel writer that I am doing a video diary. So I’ll keep you all updated. In the meantime, the normal travel writing and blogging will be hugely distracted by football for the next month. 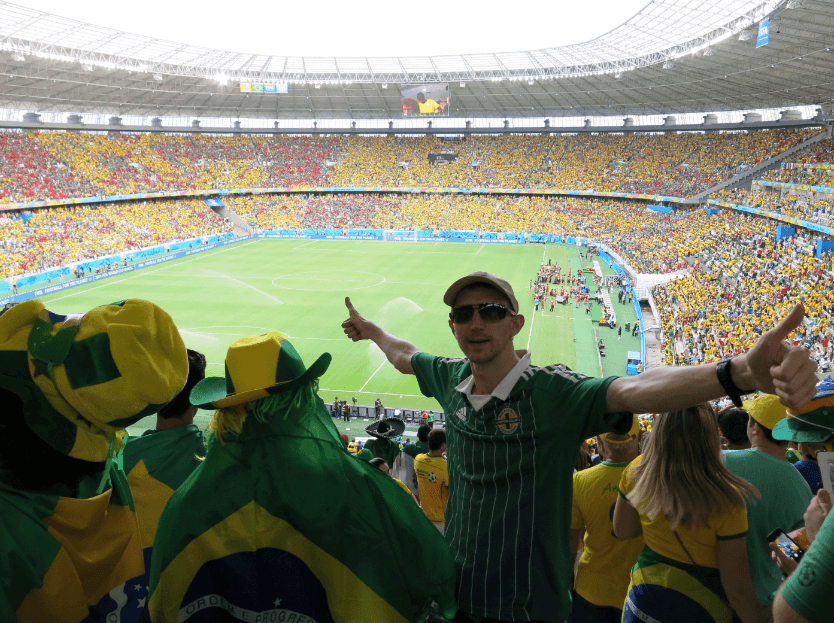 Me at the last World Cup 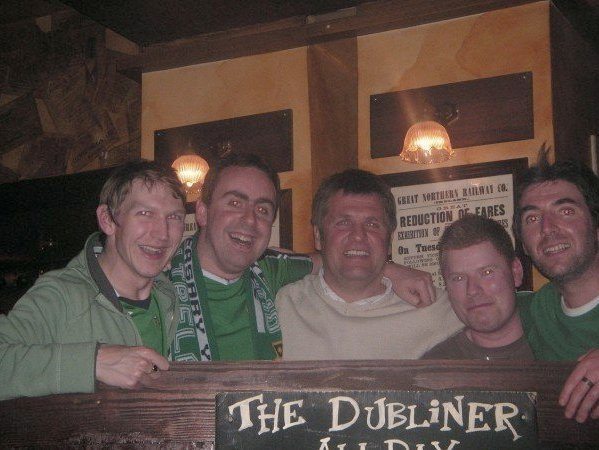 Jan Molby and the GAWA in Copenhagen in 2006 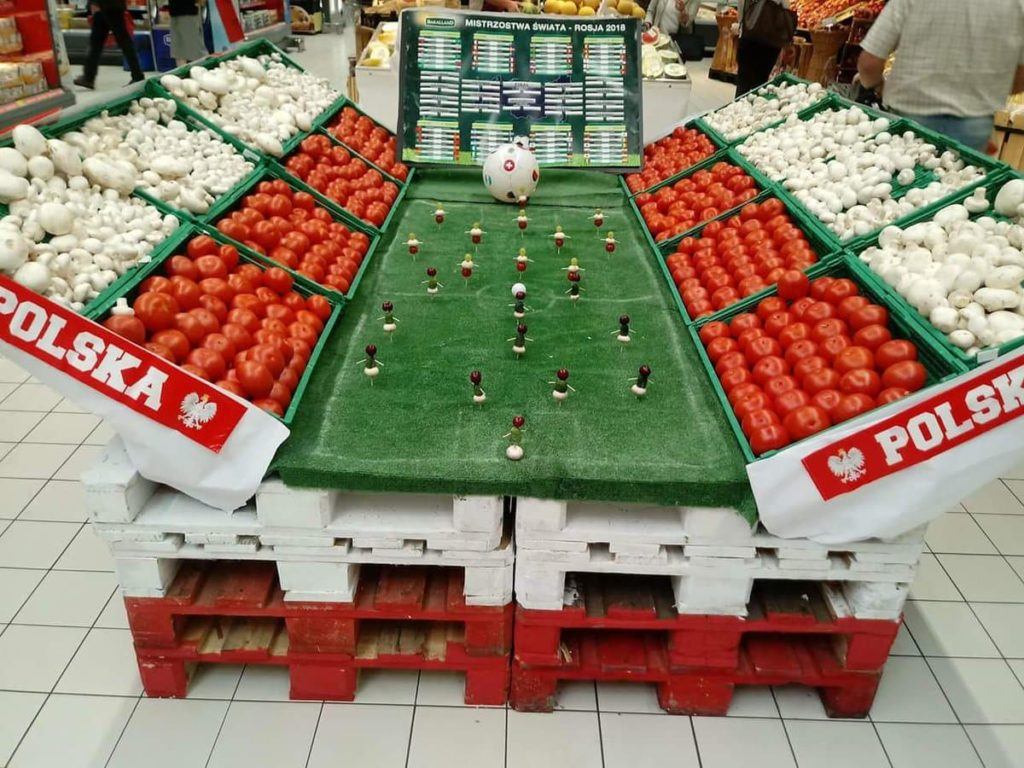 Polish sense of hunour in a supermarket

Yes, it’s sad that Northern Ireland didn’t qualify and I cannot watch my team but I’m still really loving the World Cup. Perhaps we will see Poland and Uruguay in the final after all.

Here are my predictions for the entire tournament: 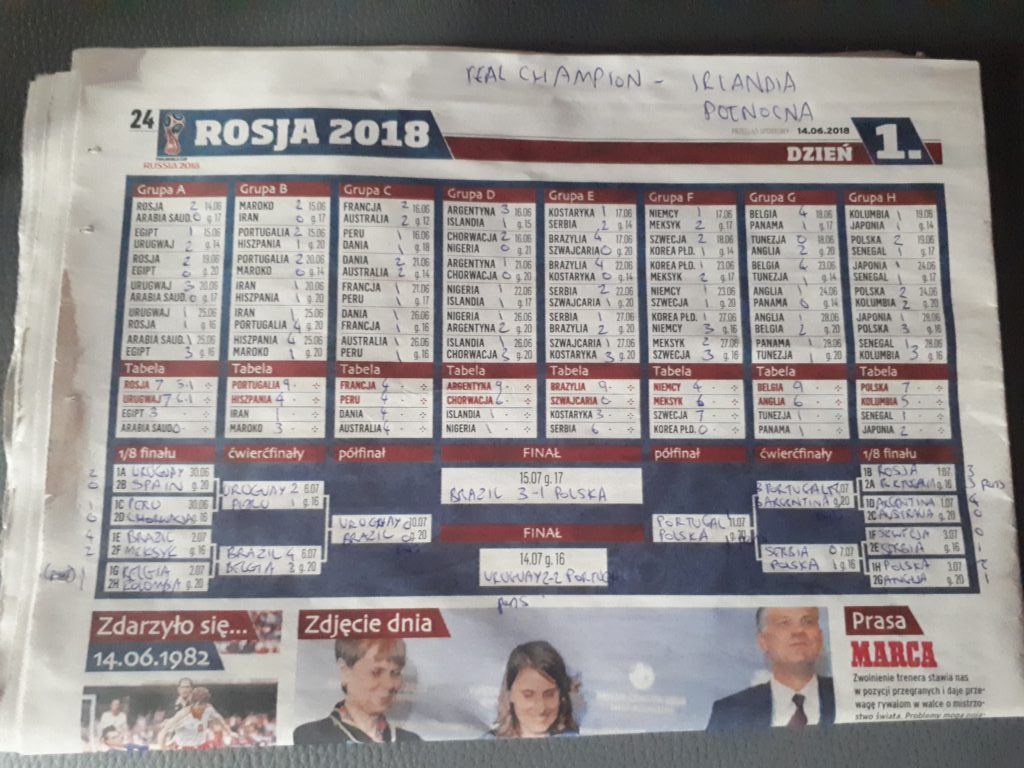 My predictions for the World Cup 2018