My Latest travel interview from those of us who are clever enough to kochamy polskę (love Poland) is with Juan From A Little Light Blogging. Juan lives in Poland and like me has a history of coming back time and again to this country to enjoy its charms. Juan blogs about music, Polish weddings and all sorts on his blog, A Little Light Blogging. If you share our love for Poland and want to be in the series, please get in touch on my Contacts Page.

Where in Poland do you live?

I currently live in Gdansk, where I have lived since the end of March. It’s a really nice town even though sometimes I make fun of it a little bit. Previously I studied in Rzeszów (sometimes I feel I’m living proof that it exists) from September 2011 to 2012 and worked in Warsaw the whole 2016. 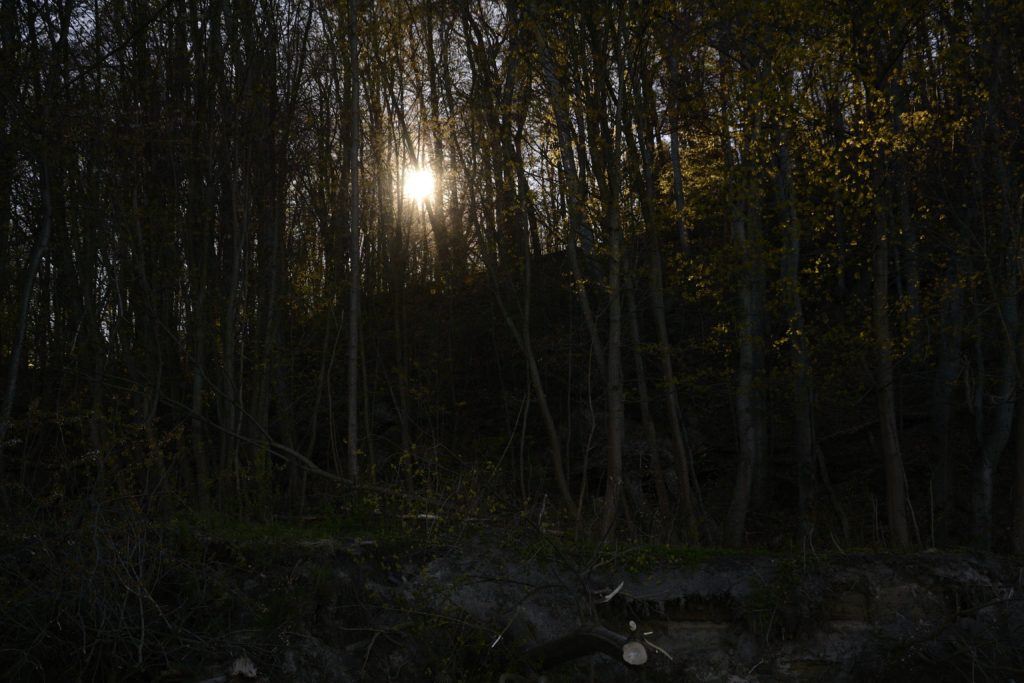 I was a few months old the first time I went abroad. However, I was eighteen the first time I went on a trip that I (and three friends) had organized without real help from my parents: an interrail trip in which I went to Frankfurt, Berlin, Amsterdam, Brugge, Paris, Bern, Vienna, Cracow and Prague. 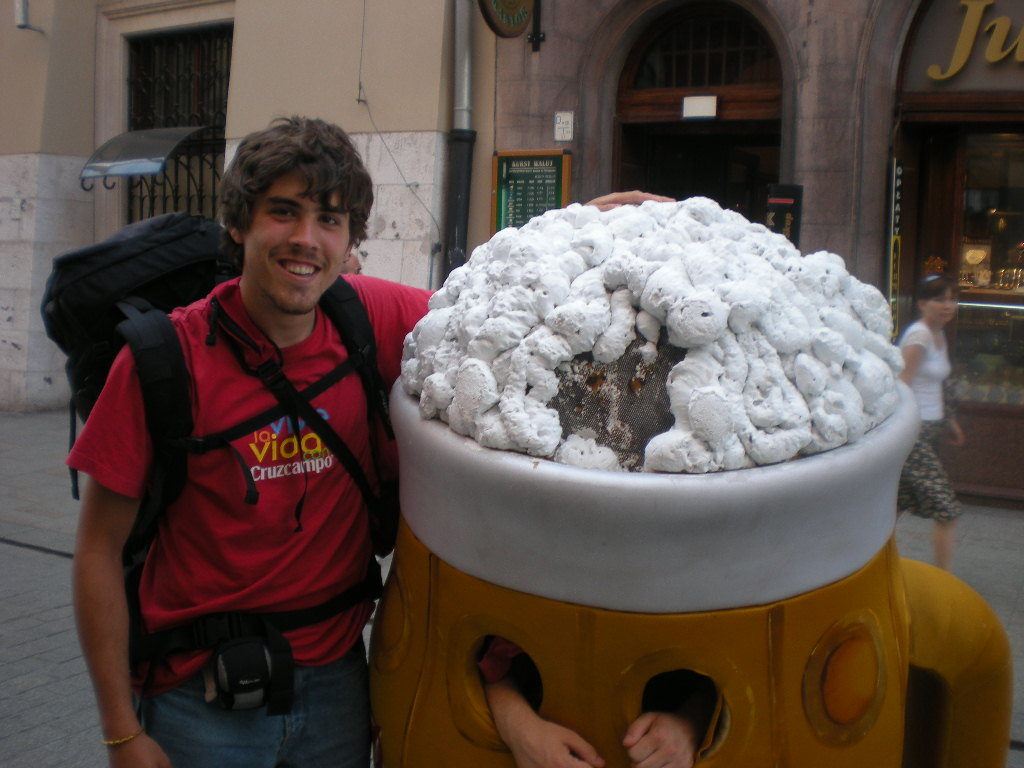 It depends if you mean a place worth visiting or worth living in. As a place to visit, I’d say Wroclaw. Cracow’s beautiful but it’s getting a bit overcrowded for my taste lately. Wroclaw is a very nice place to walk around, has a good size and quite a few things to do. The weather is also very nice; some Poles may complain about it being too hot, but being from the south of Spain that’s not a problema. I also know a few very nice people there, which always helps.

As a place to live, I’d definitely go with Warsaw. I don’t really get the hate this city gets from many Poles. It’s big but I’d say not too big, has tons of things to do, it’s green, public transport is cheap and good… I definitely wouldn’t mind going back there at some point. 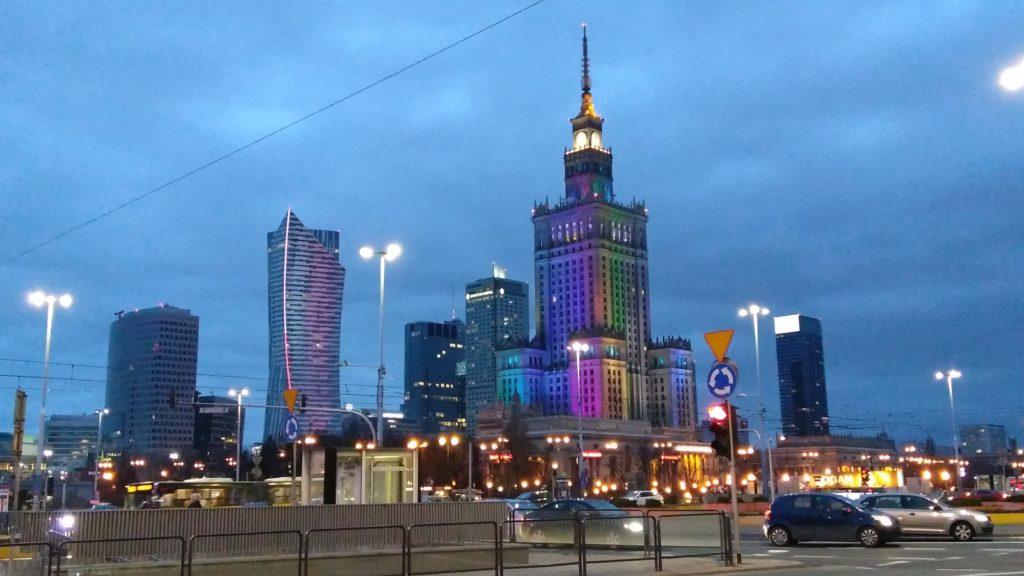 Damn, where’s the limit between city and town? I’m gonna go with Rzeszów mostly because I can safely say it’s not a city and because the things I lived there changed me for the better. There’s not much to see or do there but I’ll always be fond of it.

(photo 4: “the statue of Tadeusz Nalepa, a great Polish bluesman”) 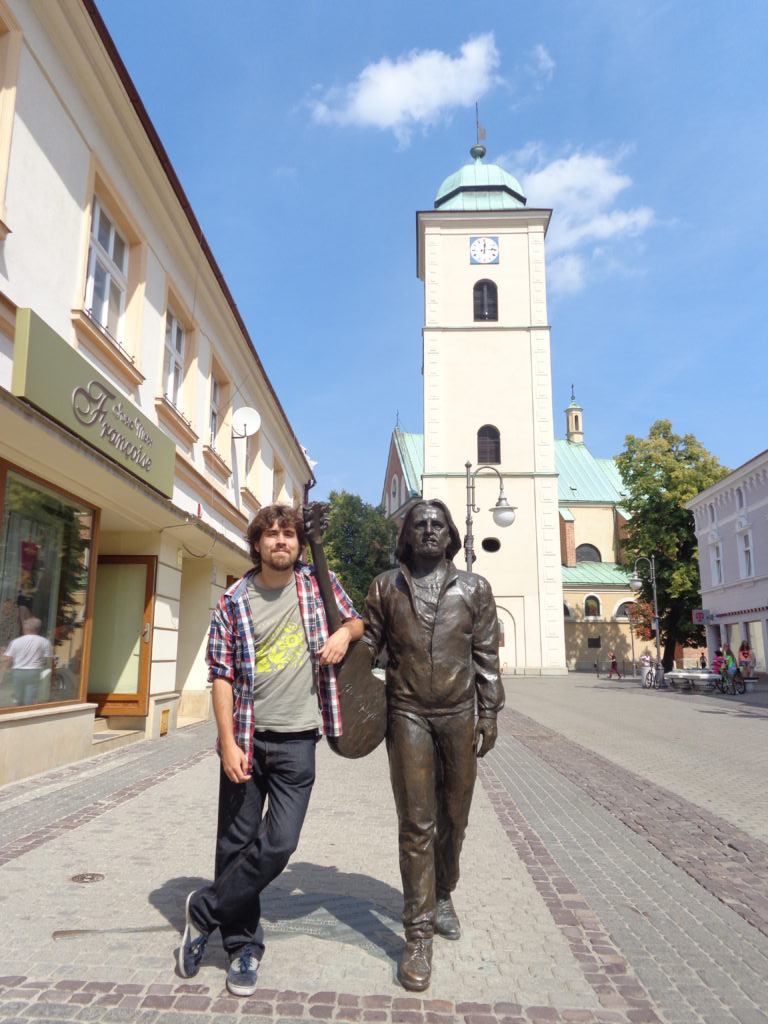 Ok you got me there. I’ll say Biedrzychowice, close to the German and Czech borders, 788 inhabitants in 2011 according to Wikipedia, basically because it’s the only Polish real village I’ve been to, oopsie. Had a great time though. I managed to remember all of it after all the homemade vodka that Polish family gave me. Great folks, great times.

I think I shouldn’t answer that question. I’m quite embarrassed to say I haven’t seen much of the country apart from its biggest towns/cities, maybe only a trekking day in Sniezka (Czech border), so my answer here wouldn’t be fair. I won’t have time this year, but in 2018 I’d like to go to the lakes in Mazury and the Bieszczady mountains.

A big part of this is personal reasons, meaning my year in Rzeszów really made me grow as a person and that makes me be very fond of this country. Apart from that I like the architecture, the food (although it suits winter much better) and most of all the people. Anyone who thinks Poles are cold is making a big mistake. It may take a tiny bit to get past the initial wall, but once you do it they’re really warm and hospitable people, with a very dark and pessimistic sense of humour which I particularly love. Some of my best friends are Polish.

I’m a big fan of flavoured vodka. I never thought I could really enjoy the taste of relatively strong alcohol but flavoured vodka proved me wrong. I apologize to all the old fashioned drinking who prefer good old plain vodka but hey, I can also drink that one when the occassion requires it.

Another tough question! I’d choose two: pierogi with cabbage and mushrooms and barszcz czerwony. Having that soup in winter definitely makes me look at the world with kínder eyes.

I don’t know if “favourite” is the right word but… the dubbing. It’s out of this world. Please someone explain me why you do what you do. I refuse to explain, just watch this:

Somewhere in Europe. I think I wouldn’t be living in my home country if I wasn’t here though. Maybe Czech Republic, Germany, Netherlands… I haven’t really thought much about this since last time I had to look for a job I knew Poland was the only option for me at this point.

Thanks to Juan for being the latest in my series of Those Who Love Poland! If you love Poland and run a blog or are a travel writer, please get in touch, you can be featured, either e-mail jonny (at) northernirishmaninpoland (dot) com or head to my contacts or work page and get connected! You can also subscribe to Northern Irishman in Poland by filling in the form below! Safe travels!