In my onrunning series known as Dlaczego Kochamy Polskę? or Why do we love Poland? I interview people who have a passion for Poland and its culture. The next to feature is Owen Carney who runs the website Wszystko Polsko, and has lived in the USA most of his life, yet like a lot of us, loves Poland and Polish people. 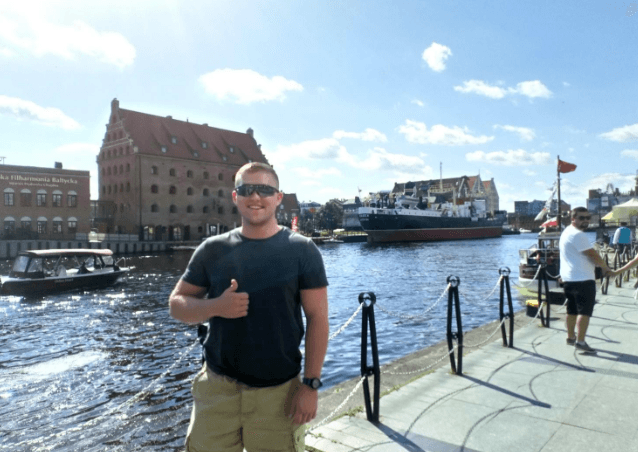 I live in a small city outside of Philadelphia, Pennsylvania and have lived there for most of my life.

I first traveled to Poland in August 2017, after having been invited by some of my pen pals who live in Piła and Inowrocław.

I took a flight from Newark to Copenhagen to Gdańsk and finally landed after about ten hours in the air. My friend from Piła, along with her brother and his wife, picked me up from the Gdańsk airport and brought me to Stare Miasto where I had my first Świderki and photographed Gdańsk’s beautiful skyline. Then we drove for about two hours to a fantastic restaurant called Borowa Ciotka where I had my first experience with tradycyjny kotlet schabowy, which was hands down one of the best dishes I have ever had, as well as the beer named Żywiec. 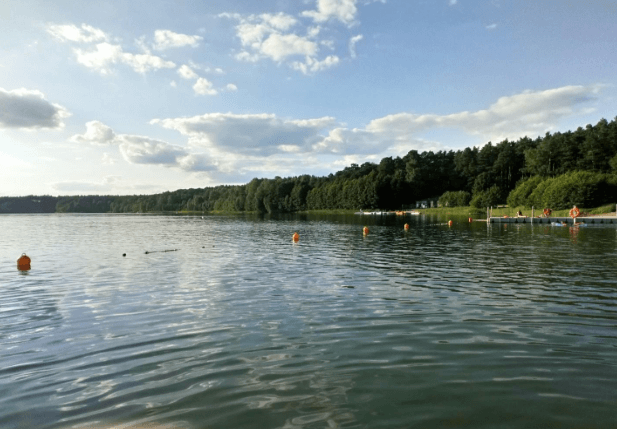 Afterward, we drove straight to their house in Piła and met the parents who kindly welcomed me into their home for three days. I offered them a few gifts and seemed to fit right into the family. They prepared a wide range of traditional Polish foods for me, described their experiences with Poland and America, brought me to an 18th birthday party, and taught me about the Polish language and culture. Now that’s Polish hospitality!

Then I traveled by train to Toruń where I met more pen pals from the town of Inowrocław. They walked me around the city and showed me some of the main attractions including the gingerbread store called Kopernik, the Toruń Castle, a statue of Copernicus, and a boat with a bar atop the Vistula. Later that night, I managed to find an American-themed restaurant as well as a classy whiskey bar called Ground Floor.

The following day I returned to Gdańsk via train where, yet another pen pal, showed me around the city and had dinner with me. This tour, however, was cut short because I had to make an early flight the next morning.

Overall, I really enjoyed my trip to Poland even though it only lasted for a week. Despite the short trip, I will always remember this experience and I will continue to visit Poland, if not live there for some length of time.

What is your favorite city or town in Poland and why?

Since I have such limited experience with Poland, I cannot give you a complete answer to this question. So, in terms of the cities I have visited, my favorite city was Piła due to the fun I had there with my friends. But, in terms of a true tourist destination, I was quite fond of Gdańsk as it had many attractions and interesting things to do. 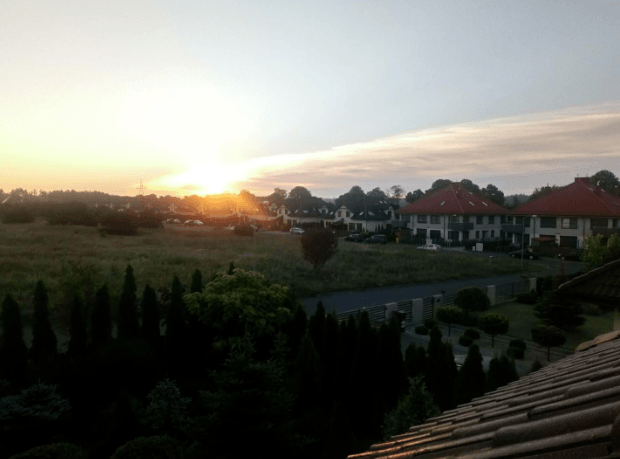 Why do you love Poland?

I love Poland for several reasons. Most importantly, I love Poland because of the Polish language. I originally discovered the Polish language after learning a few other languages such as German, French, and Italian. I do like those languages, but I desired something more challenging and obscure. After considering other factors like my heritage and my language interests, I settled on Polish. Polish is known as one of the most difficult languages in the world, and that peaked my interest. Another reason I love Poland is the culture. There are a lot of similarities between American and Polish culture, including their rich food and history. America and Poland both have diverse cuisines, strong political ties with each other, and long histories of hard work and resistance. Finally, I love Poland because of the people. It is quite hard to find such welcoming people who rejoice in each other’s company and who genuinely like to have fun, in such a unique way.

What is your favorite Polish drink and why?

So far, my favorite Polish drink must be Żubrówka. Nothing beats enjoying this classic bison grass-flavored vodka with a group of friends.

What is your favorite Polish food and why?

My favorite Polish food is pierogi because the combinations of potential fillings are endless. I especially like pierogi ruskie.

What is your favorite random fact about Poland?

Poland’s constitution was the first one ever written in Europe.

If you chose to live in a Polish city, which one would it be?

Again, I cannot completely answer this question, but I believe that I could happily live in Warsaw, Wrocław, Poznan, or in a city near the Baltic Sea.

Thank you and Dziękuję bardzo to Owen for being the latest in my series of Those Who Love Poland! If you love Poland and run a blog or are a travel writer, please get in touch, you can be featured, either e-mail jonny (at) northernirishmaninpoland (dot) com or head to my contacts or work page and get connected! You can also subscribe to Northern Irishman in Poland by filling in the form below! Safe travels!