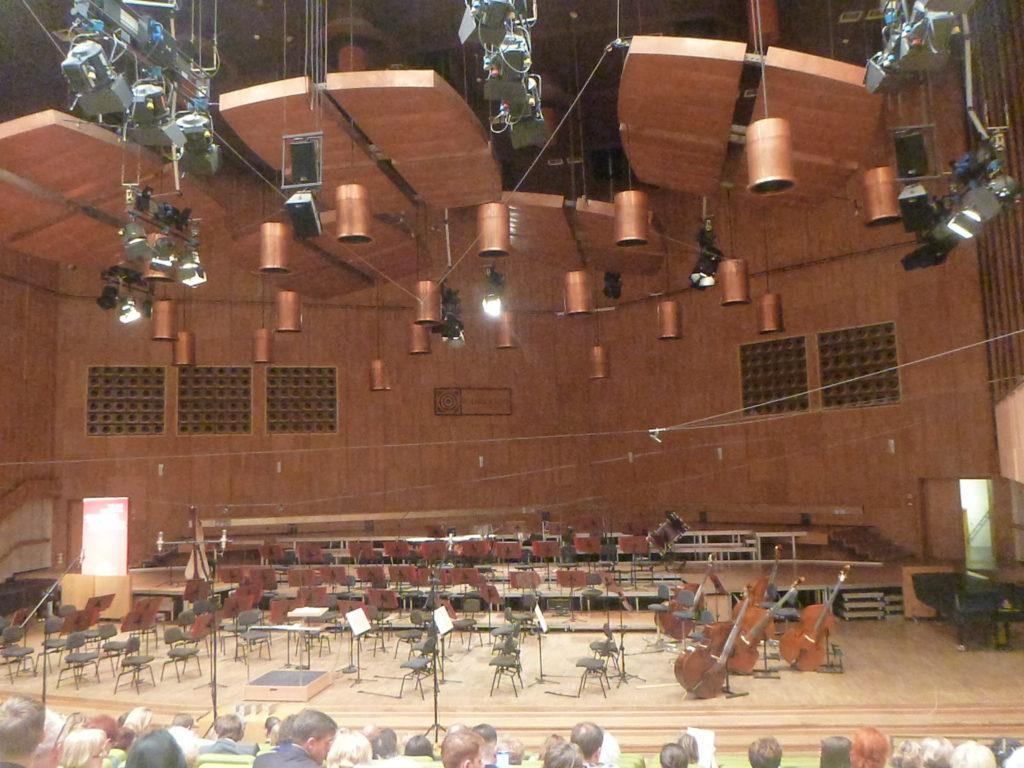 My adventures in Poland continue take on a crazy theme, with an endless list of invites to parties, events, shows etc. As my first year of living in Poland almost arrives (3rd July will be my year anniversary), I could easily concoct about 50 stories like this one, for my Dwiwaczne Odkrycia series here, but I just don’t have the time. Having become acquainted with a local lady in Warszawa, Justyna who is a cello player in Sinfonia Iuventus in Warszawa, I received an invite to Justyna’s show at the end of June 2017. Yet another exciting step on my never ending journey.

As a bonus, my friend Lee Adams was visiting me at the time and so he came along too as did my long term Polish friend Rafal Kowalczyk. The event was to be a 2 hour concert, with two performances and a 15 minute interval. Lee was over visiting and when he met my friend Adam, Rafal said to me “who are they?”, “they are ADAMS” 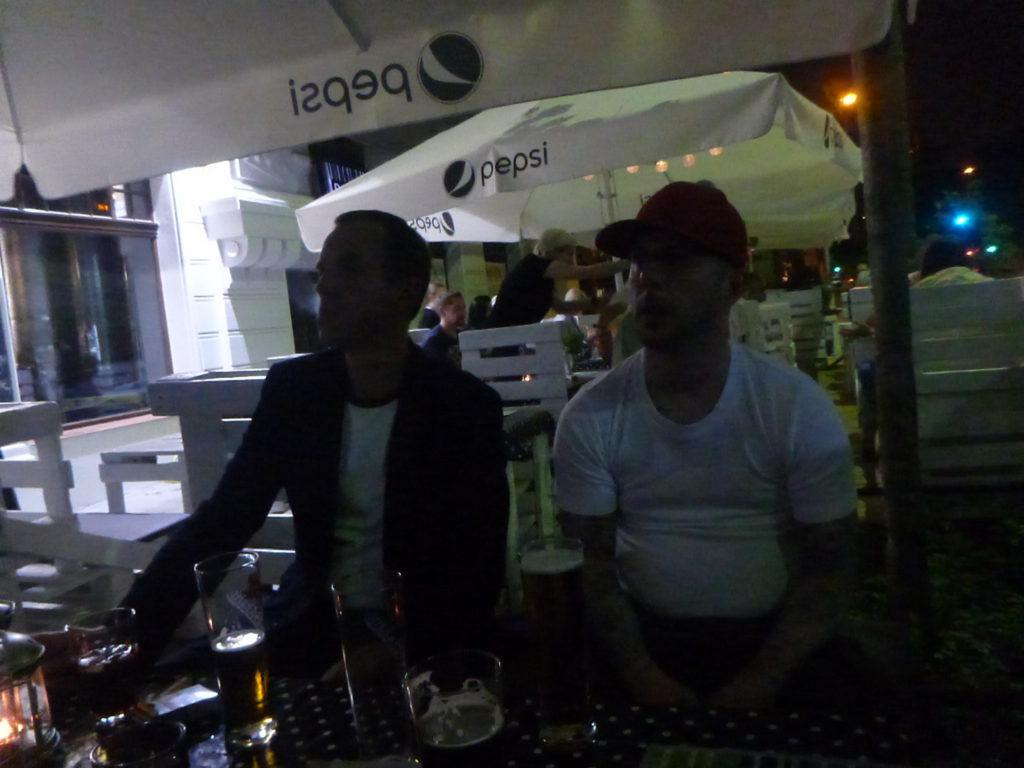 Lee was over visiting and when he met my friend Adam, Rafal said “they are ADAMS”

Getting to Wierzbno for the Concert
The concert was to be held at a Polish Radio Studio, another crazy full circle for me in life as in 2016 I was interviewed live from Gdansk for Belfast Radio and again in 2017 in Poznan for Polish radio. The address was Studio Koncertowe Polskiego Radia im. W. Lutoslawskiego, ulica Modzelewskiego 59, Warszawa. 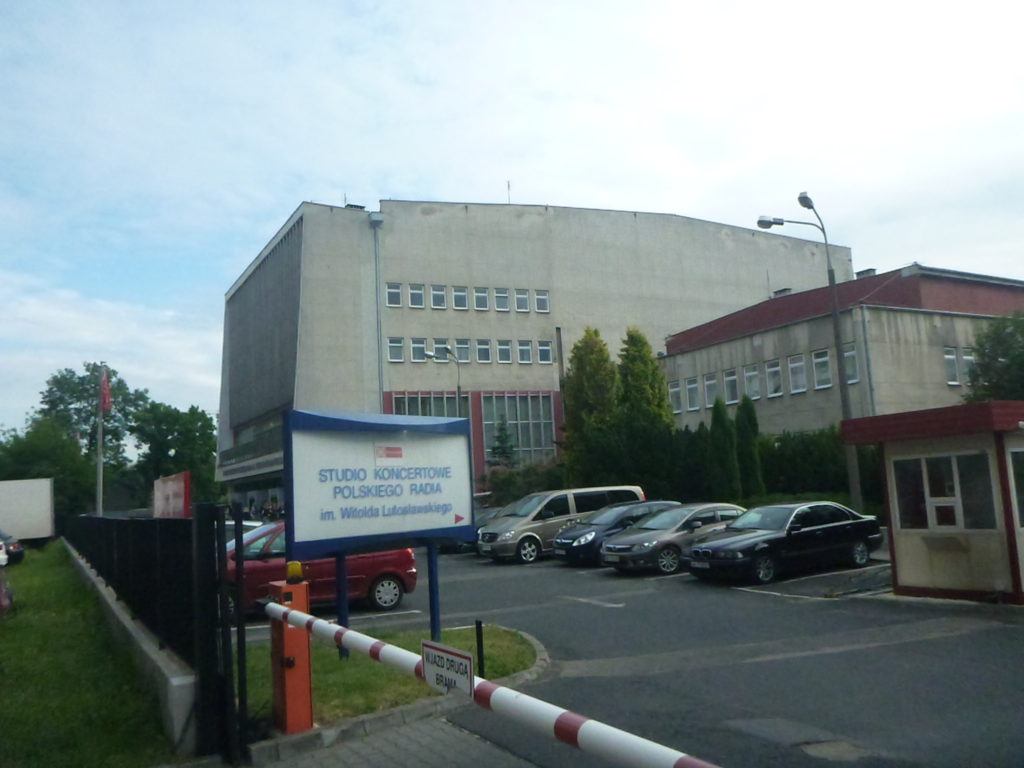 Lee and I got the Metro to nearby Wierzbno where we met Rafal. We then met Justyna outside the venue to collect our match tickets. We had time for a quick beer before the concert started at 19.00 sharp.

Koncert Symfoniczny 24 Czerwca 2017 godzina 19.00. I had my match ticket sorted and we were ready to go. A different style of match ticket from my football days in Poland for sure. Not quite the spectacle of my amazing Deyna 70 story in Starogard Gdanski but something new. 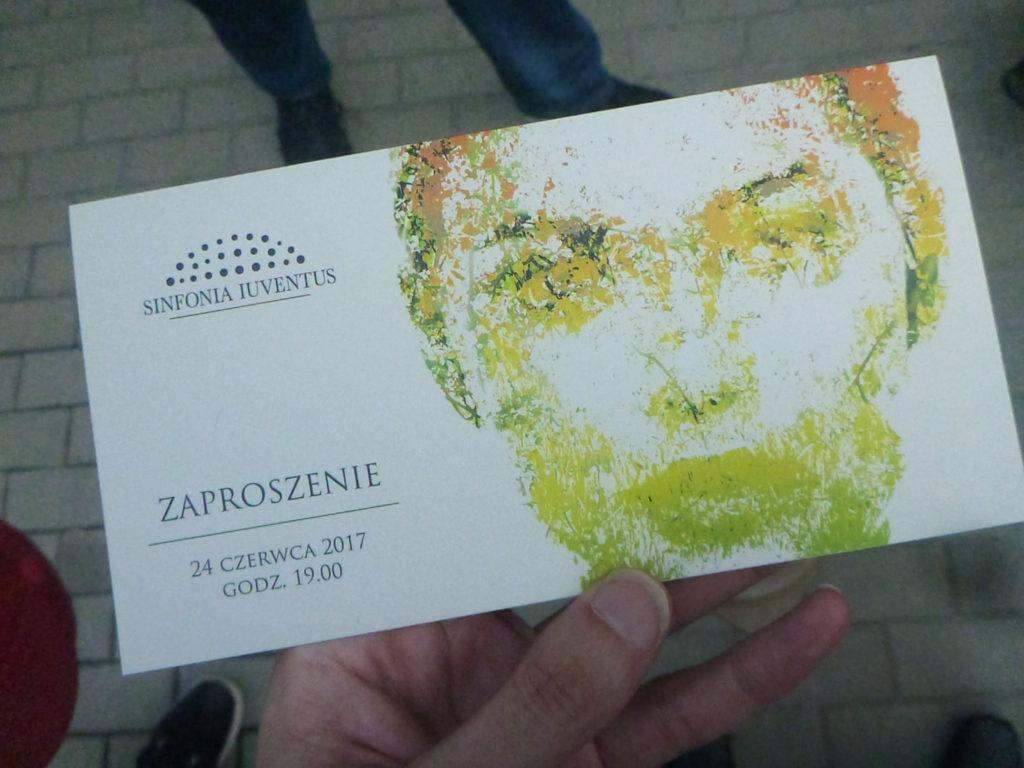 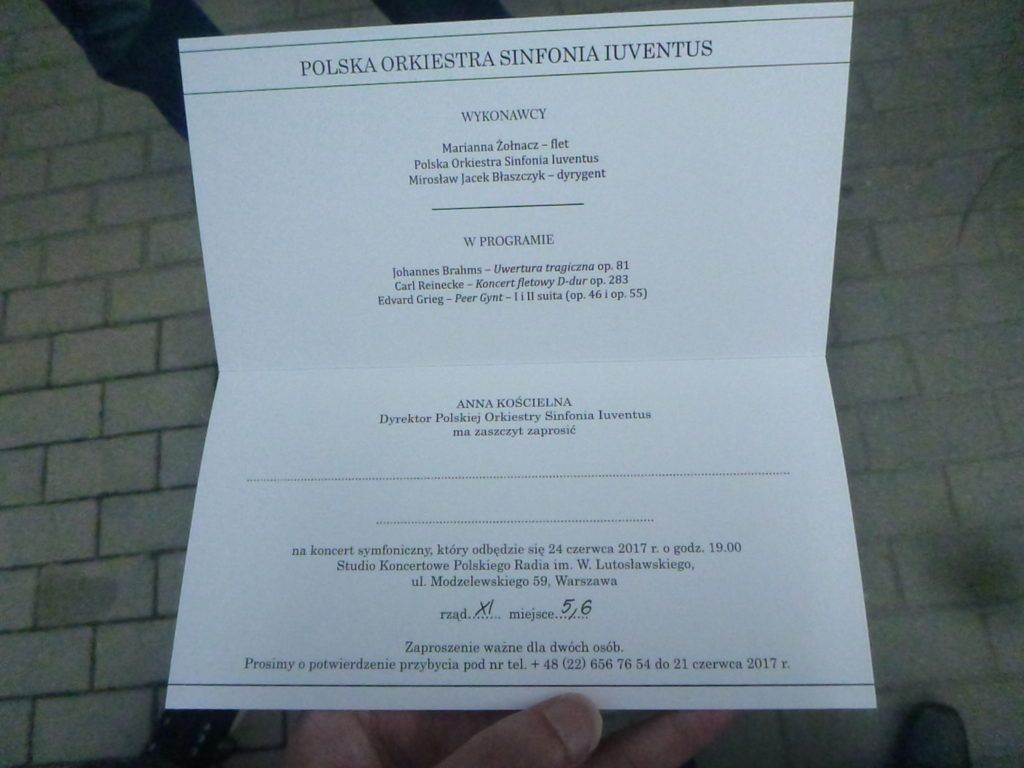 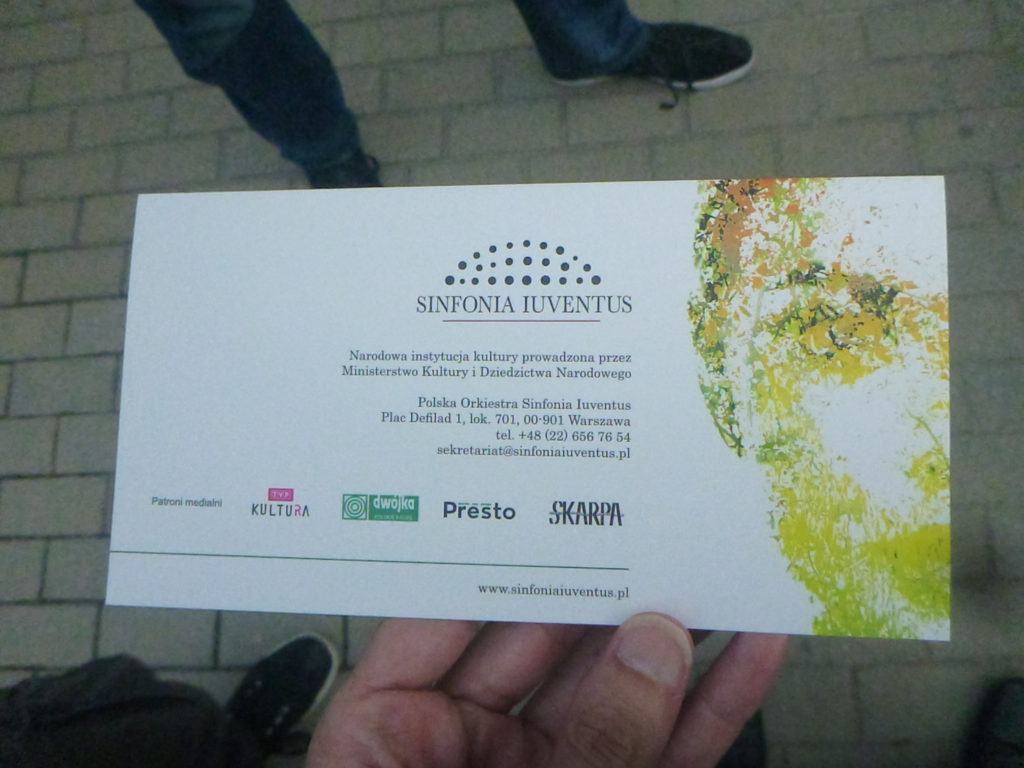 The Koncert Symfoniczny
This was my first ever time to attend such a concert. We went into the venue, were handed each a programme of events (in Polish of course), we were in row 11 and had three seats together. Green seats, row 11, great view of the stage. 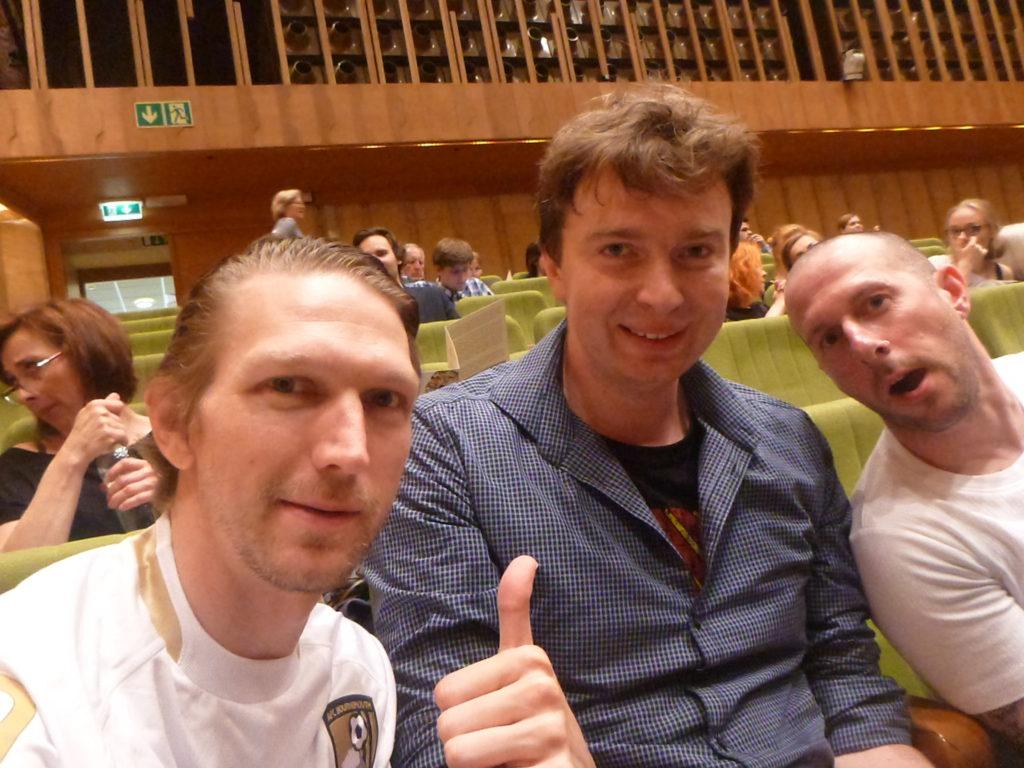 Taking our seats inside the concert arena

Photos and videos were not allowed during the performance for copyright reasons, so instead I took a few photos of the stage before and after. For once, this is a post with no videos. I simply didn’t take any. 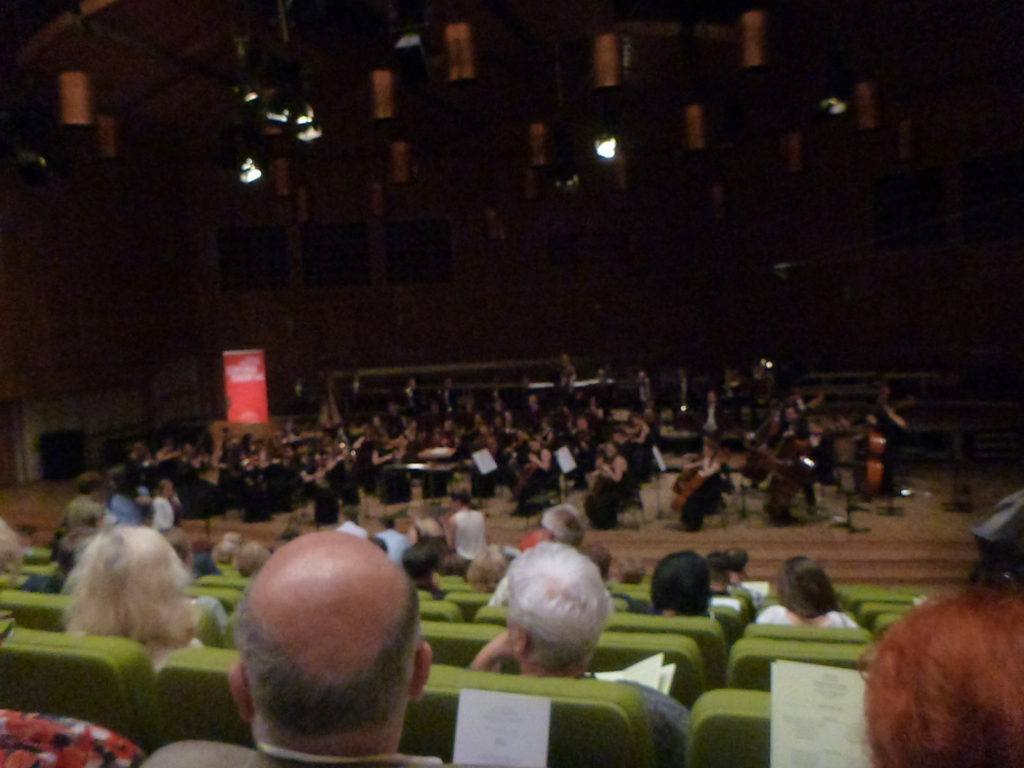 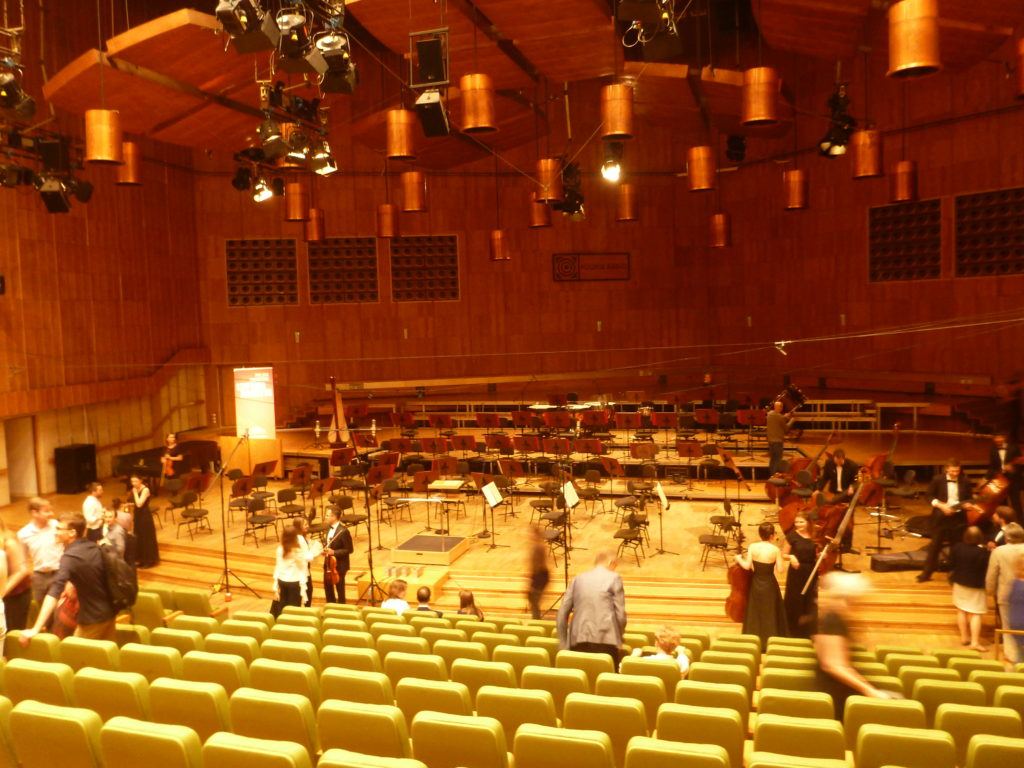 First Half
The first part of the performance began in ernest and I watched my friend Justyna bow her way through the notes on her massive Cello. The conductor was a crazy guy with so much passion and enthusiasm. He must have been hot and sweaty after this performance – his name Miroslaw Jack Blaszczyk, a famous conductor. A special performance was made by “Lady in Red” as we called her – Marianna Zolnacz, also a famous flute player. Half way through the fist half, Marianna emerged to bring the crowd to an emotional standstill. The entire first half performance was as follows: 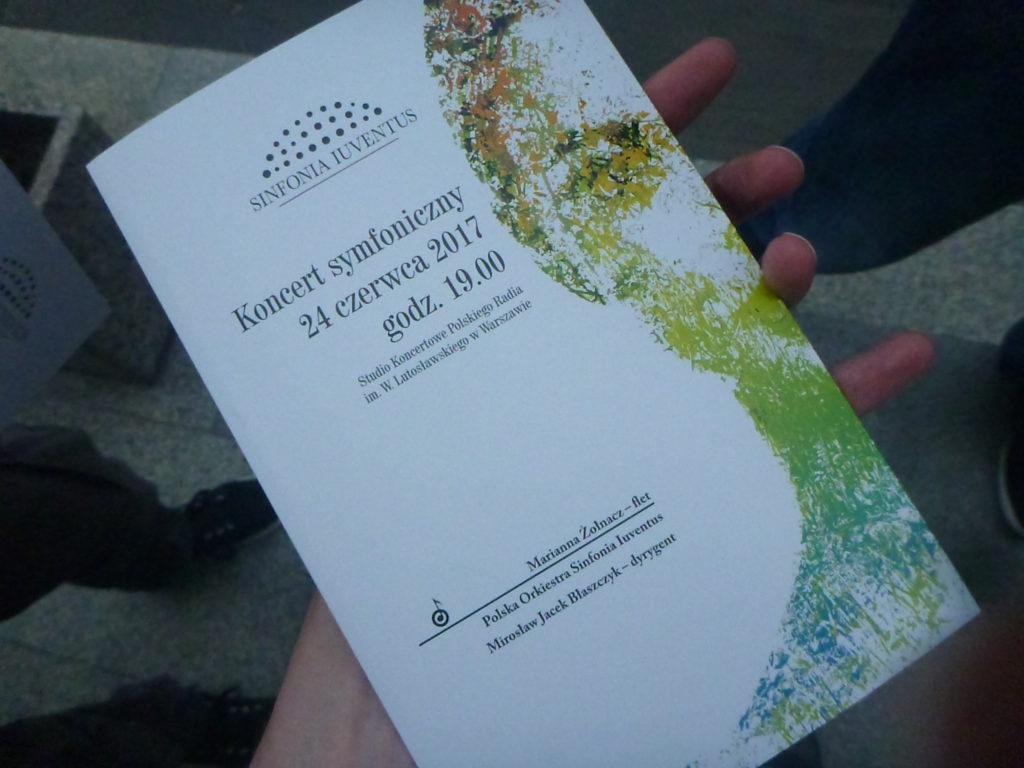 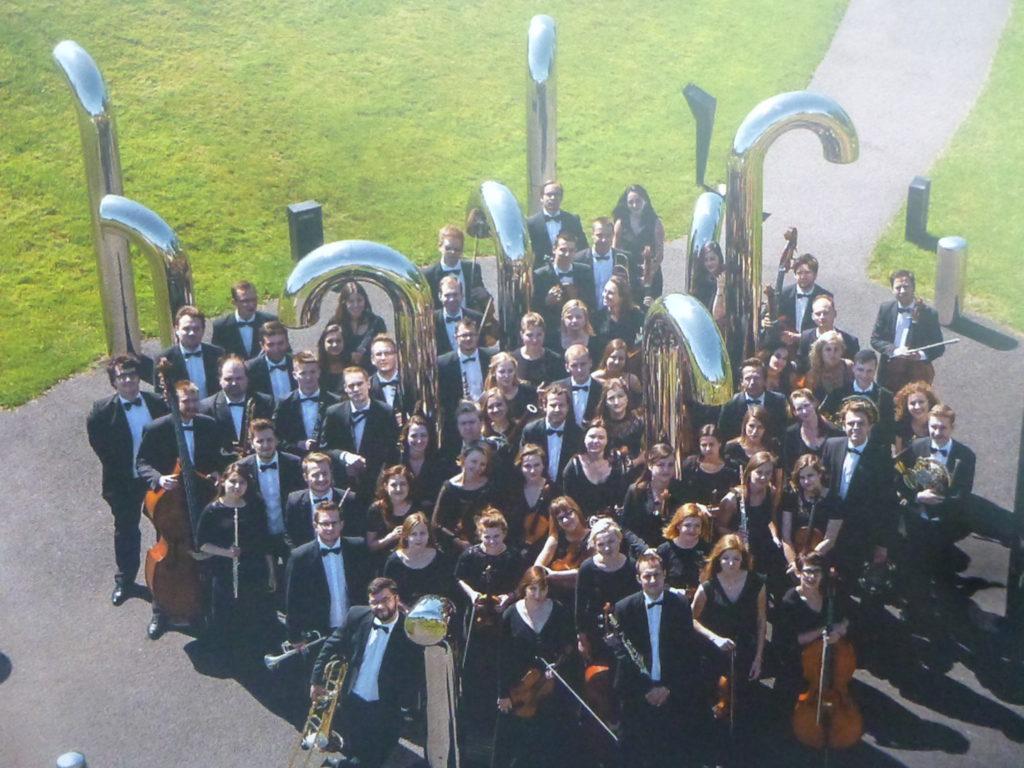 A photo of the Sinfonia Iuventus from the match programme

It was very relaxing and therapeutic to listen to, if not my normal style of music. I listen to mostly British Rock (Oasis, Manic Street Preachers, Ash), Classic US Bands (The Eagles, R.E.M., Red Hot Chili Peppers, Nirvana) or Global Pop (Kylie Minogue, Alanis Mozarella, Robbie Williams). At half time, Lee, Rafal and I started to compare the opera to a football match. It wasn’t our usual Saturday night on the rip so we made comparisons… 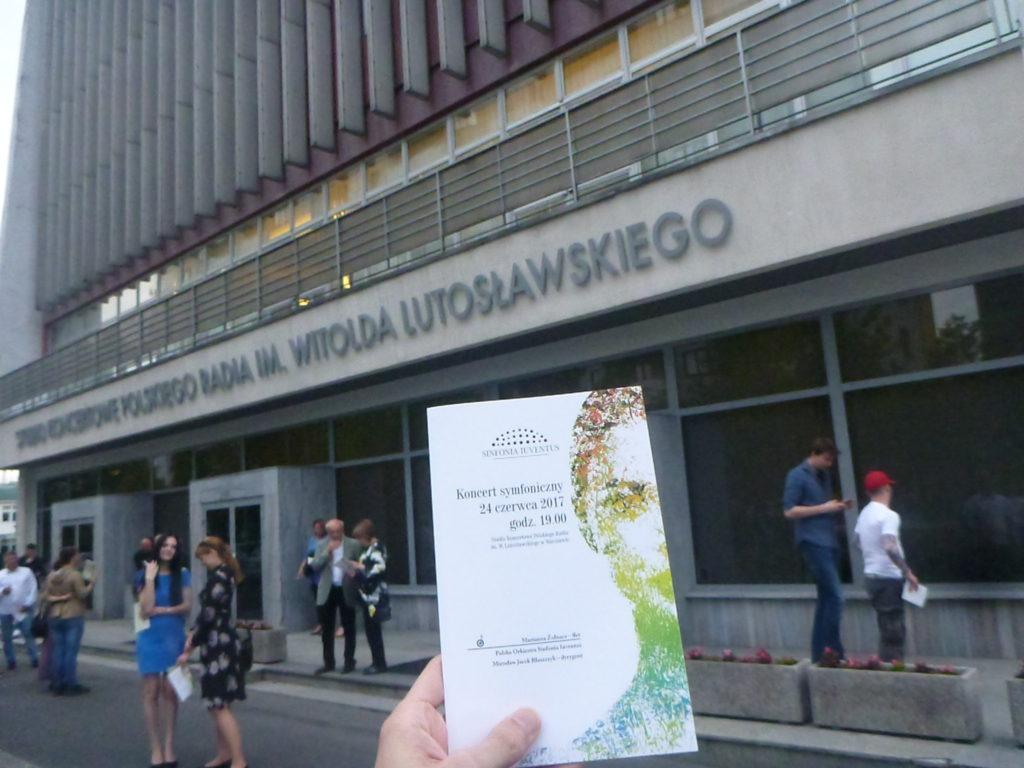 At the front of the venue

Second half
The second half began and we noticed the lady in red had gone, it was now back to just 60 musicians and we were ready to go again. Here was the entire second half performance, which in the end went into added time.

It over-ran a bit and was a tad tiring on us towards the end. Then, two bouquets of flowers arrive. One is presented to a lady at the front. The second one, a large bouquet is then presented by the Conductor to the person who deems had the best performance. He gives it to a young lady, only for Lee Adams to profess “man of the match”. 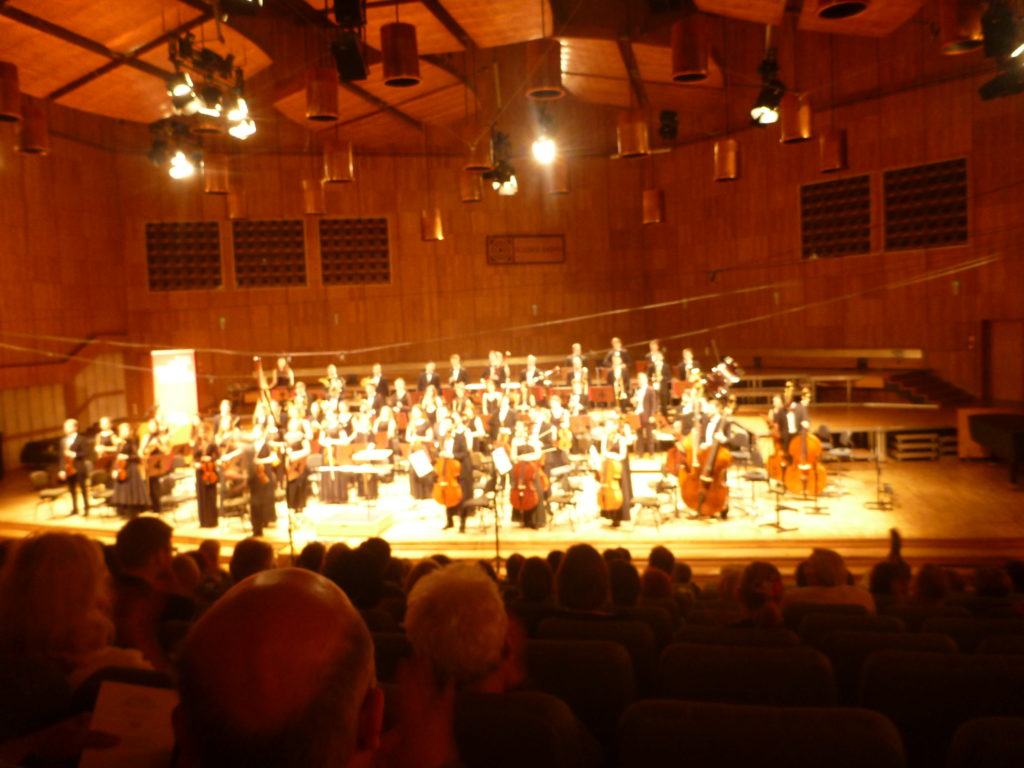 The match comes to an end

Rafal, Lee and I agree before realising we have had a game of two halves, a red card, a half time break, a man of the match award, a match ticket, a match programme, extra time and finally, a last minute winner. The home team (Justyna’s team) clinched a 1-0 winner right at the end to huge applause from the crowd. Lee notes that some to our left were not applauding “away end” he muses and the match finishes with aplomb. I rthen learn that the name of the Orchestra, Iuventus is also partly because they sponsor Italian champions from Turin – Juventus! Another football twist! 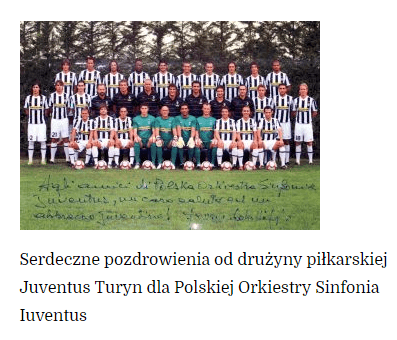 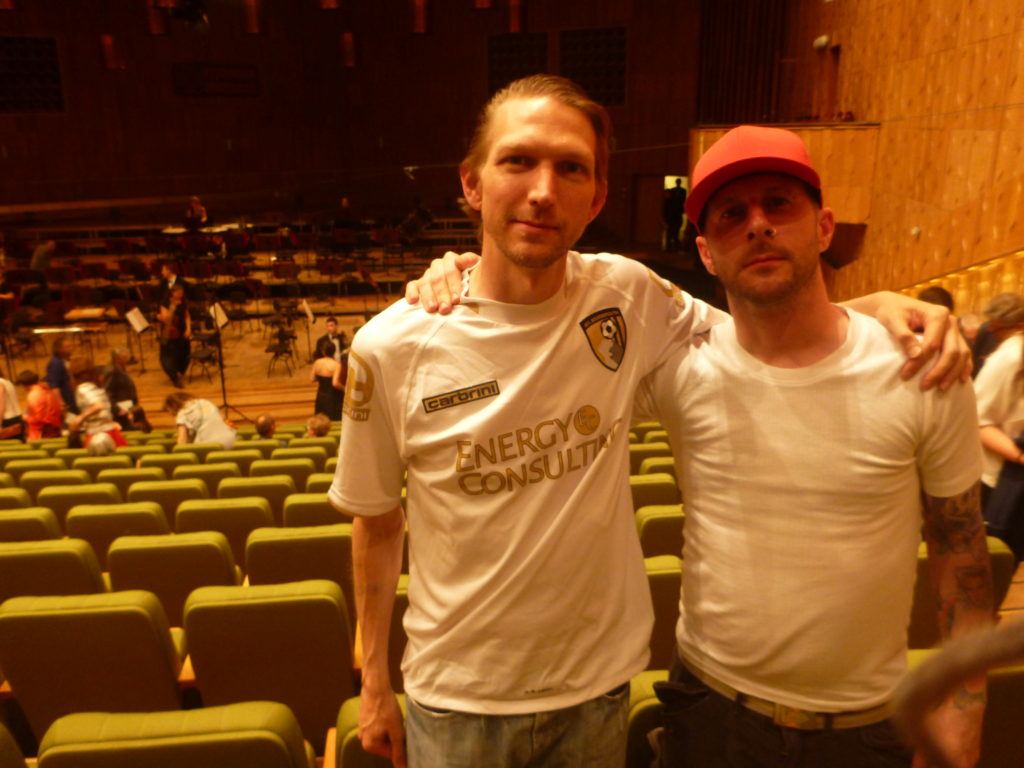 We had a great time here, unusual style of music for Lee, Rafal and I who are used to guitars and vocals, but highly worthwhile and a great thing to see. We left the venue and headed off into the night for a few post match beers. 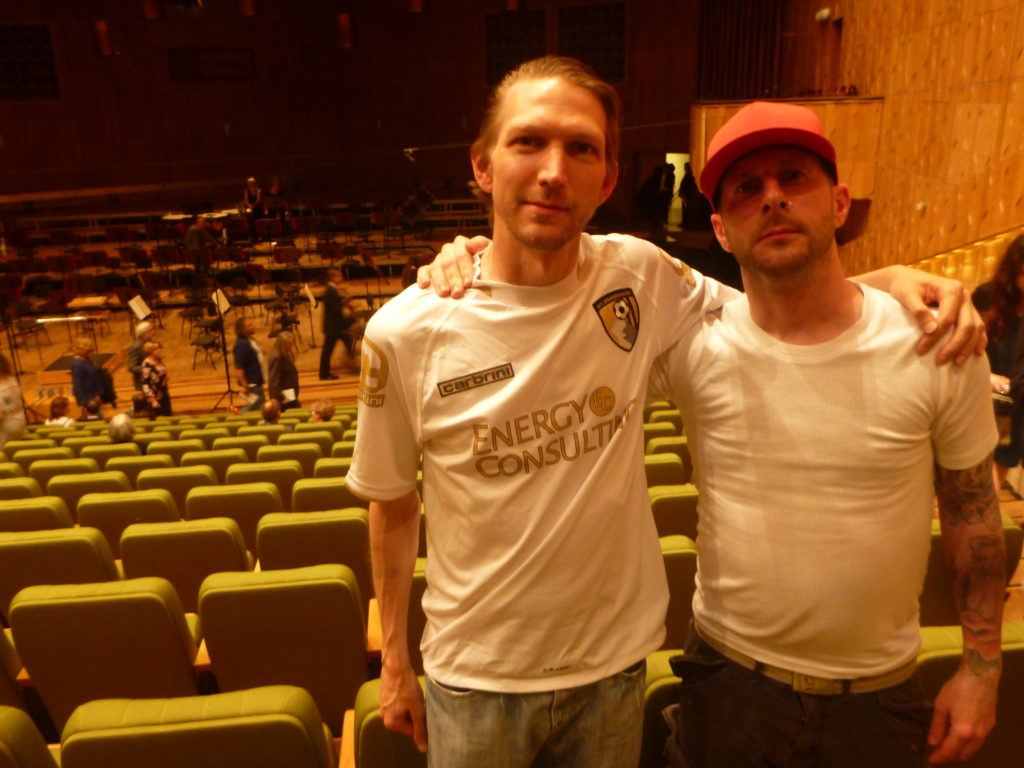 Due to copyright reasons, no photos or videos of the actual performance were permitted, however there are some excellent photos on the Sinfonia Iuventus website and on You Tube. Thanks again to Justyna for the invite to her lovely event!