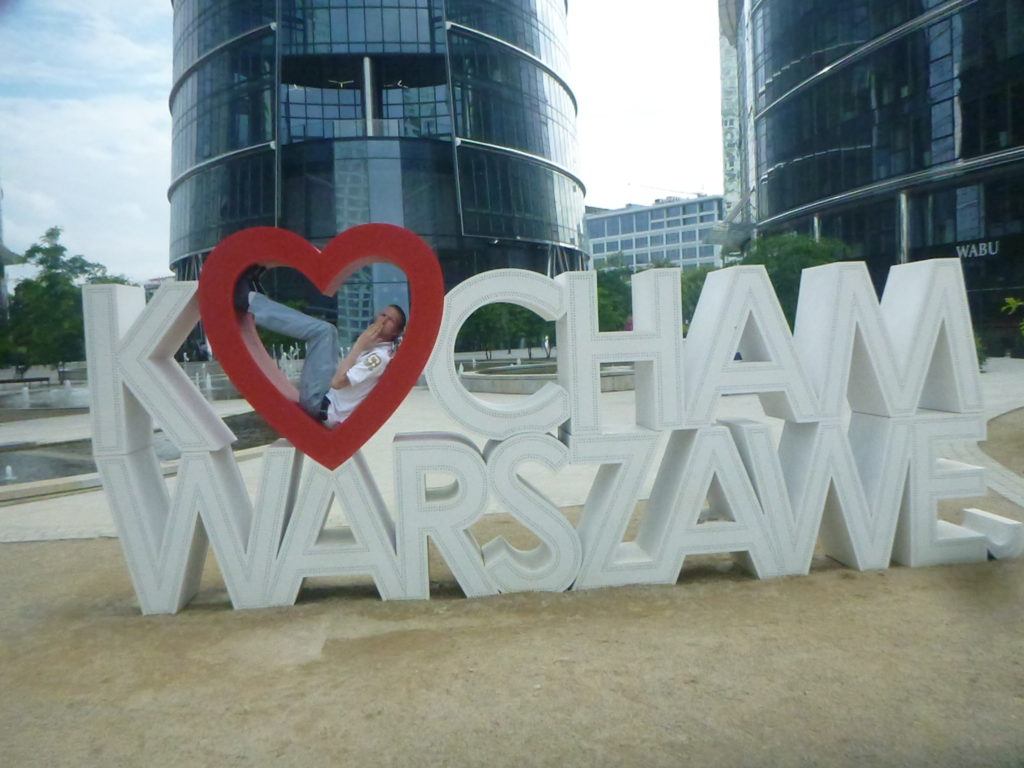 Poland Poll: I’m Heading to Częstochowa, Getting Naked at Międzyzdroje and My Return to Gdańsk, Gdynia and Poznań

Dzien dobry! Czesc! Hello! Bout ye! This is a sincere 6 month update, halfway through my toughest year in life so far. July and August are going to be VERY busy months in my new life in Poland so I thought I’d give you all an update on how I’m feeling and where I am going. I also wanted to tell you that Monday 3rd July 2017 marks ONE year in Poland for me. I’m proud of that and I thank my friends for it, none more so than Rafal Kowalczyk. This is the most settled I have been in 10 years. But still, the year had many problems for me. When I was lied to by my friends in July and August in 2016 (while based in Gdansk), I didn’t know what to do. I couldn’t understand why people would lie to an honest, happy go lucky travel writer. I still don’t know why they lied, but they did and I couldn’t cope with it. I sook advice from psychiatrists and psychologists, I took 7 weeks off alcohol, I took anti-depressants, I went missing, I cried daily, I stopped eating, I was lost in life. To start with, I knew I had to quit my long term global travel blog, once my pride, and now a distant memory – Don’t Stop Living blog. I quit that but depression continued – it was caused by the lies I was told. 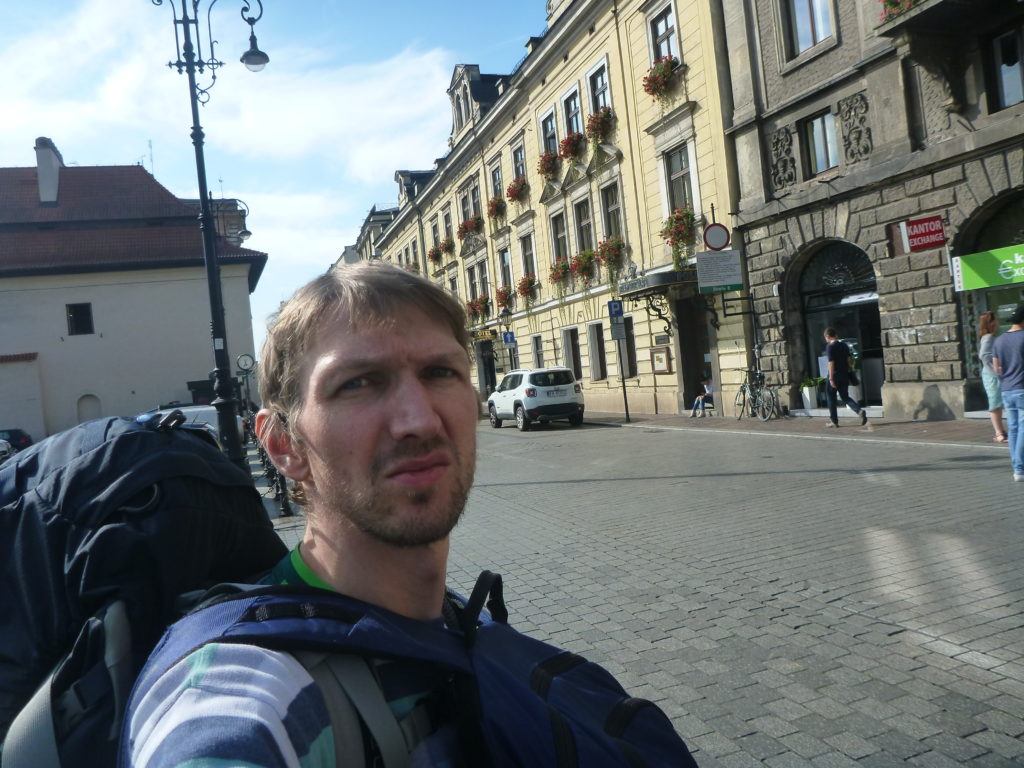 I was down and out. I didn’t know what to do. I feel disrespected and suicidal.

I want people to know that every day I still feel suicidal, I still get it, I am depressed, but I fight. And they probably will not read this or care – but those who lied to me – I have forgiven you – I have apologised – I have reinvented myself. I am also sorry for pressing you for an apology and here, in July 2017, those people who let me down have gone from my life now. You won’t hear from me again (there are three people I speak of). I don’t need your negativity and disrespect to my travels in my life, your messages “promising travel tips” and to “help me learn Polish” and “show me the sights” – so please – leave me alone and I leave you alone. It’s simple – you were nasty to me, I was nasty back. But Goodbye my old friends, with a kiss, peace and love. 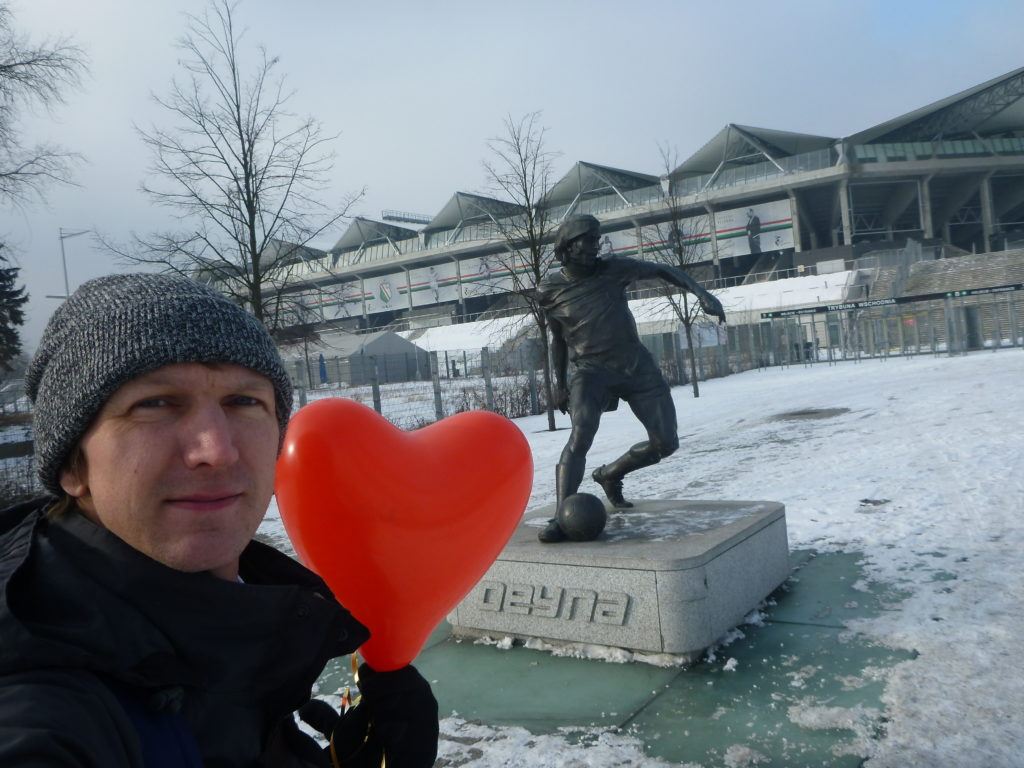 Goodbye to those who lied. Best wishes.

I also changed the cover heading and front page image of my blog. I like it – what do you think?

My new front cover for my blog

As you might have gathered, every month I am running a “Reader Poll” on this site where you choose my destiny, as part of my quest to have visited these (self-decided) 20 parts of Poland by the end of 2017. It has been in operation since January and in the first six months of the year, here are some of the crazy and cool things I got up to in Poland: 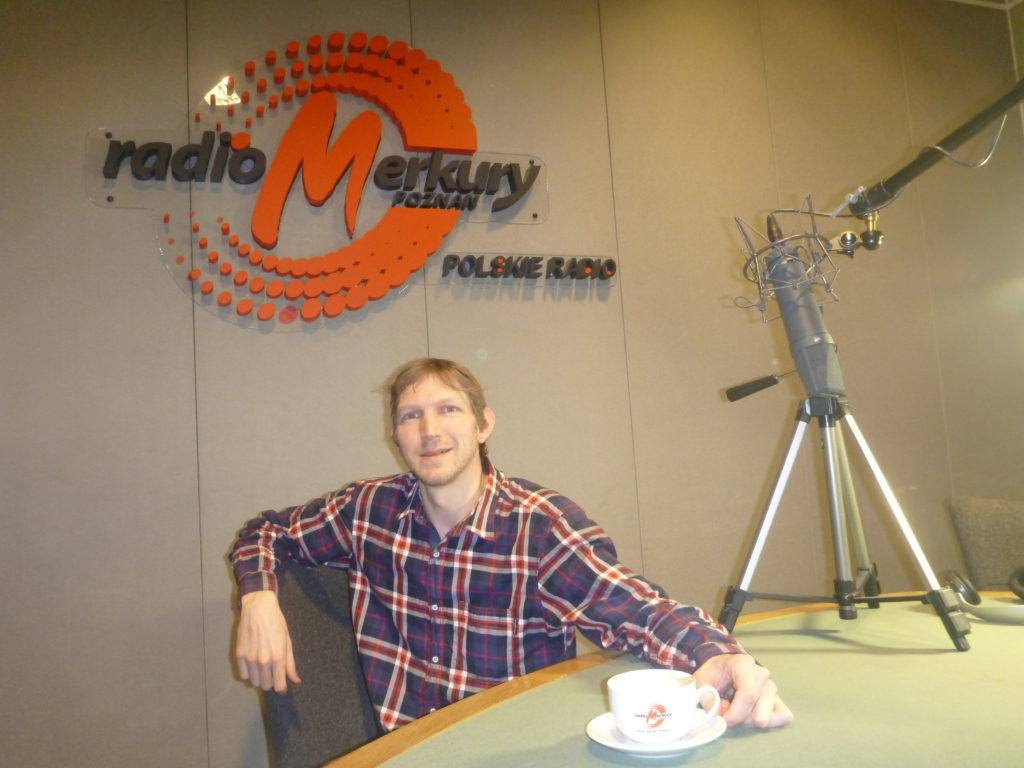 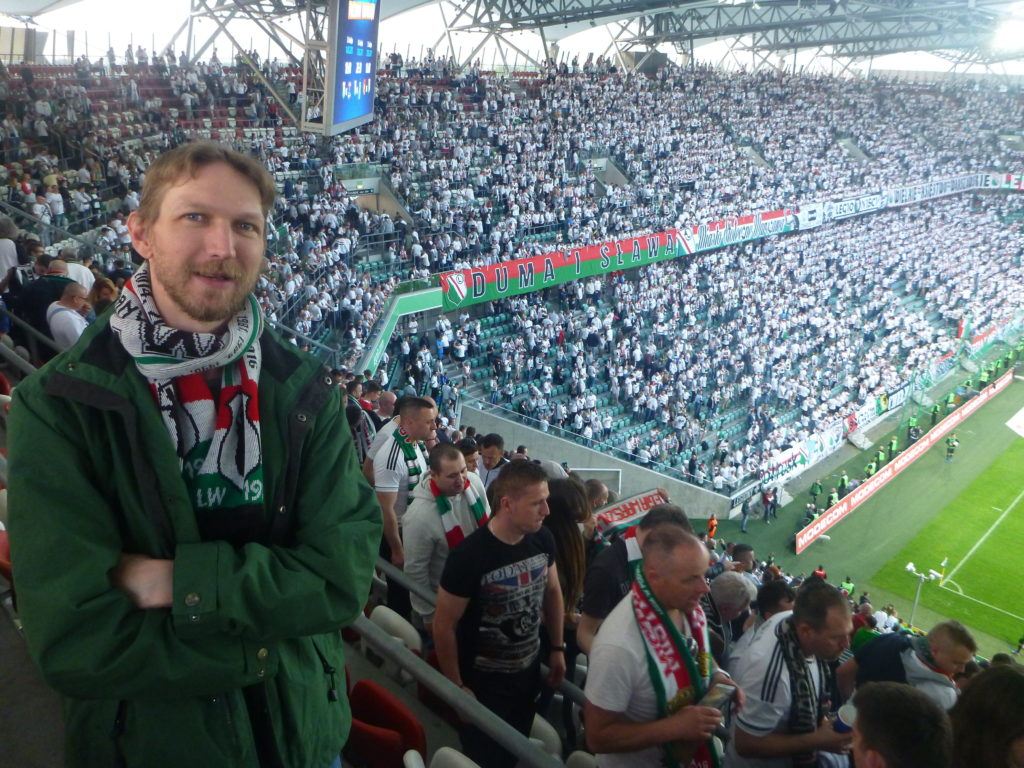 March – I organised a St. Patrick’s Day Party in Warszawa for my Polish friends
March – I made a sombre return to the city of Krakow to review the Ibis Hotel 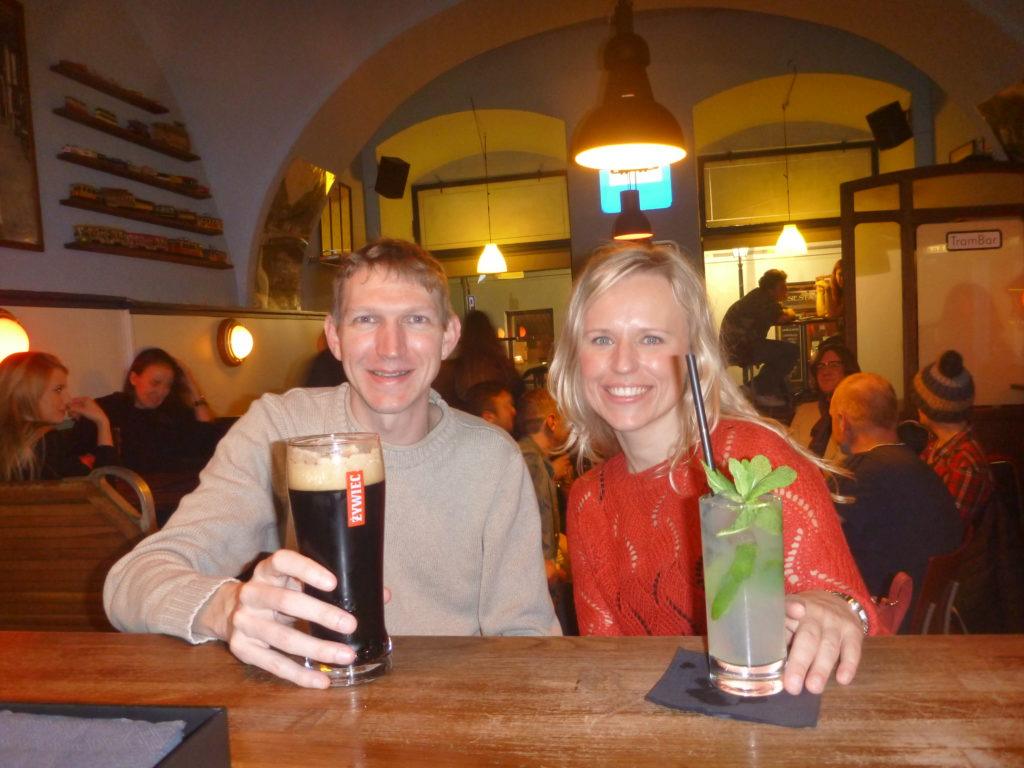 My emotional return to Krakow – drinks with Ania

April – I left Poland for a quick trip to Asia, after securing a Mongolian Visa (Mongolia was my 15oth country)
April – After a break from Polish, I started learning A1 level at Klub Dialogu in Warszawa
April – I attended a Ukrainian Evening at Klub Dialogu 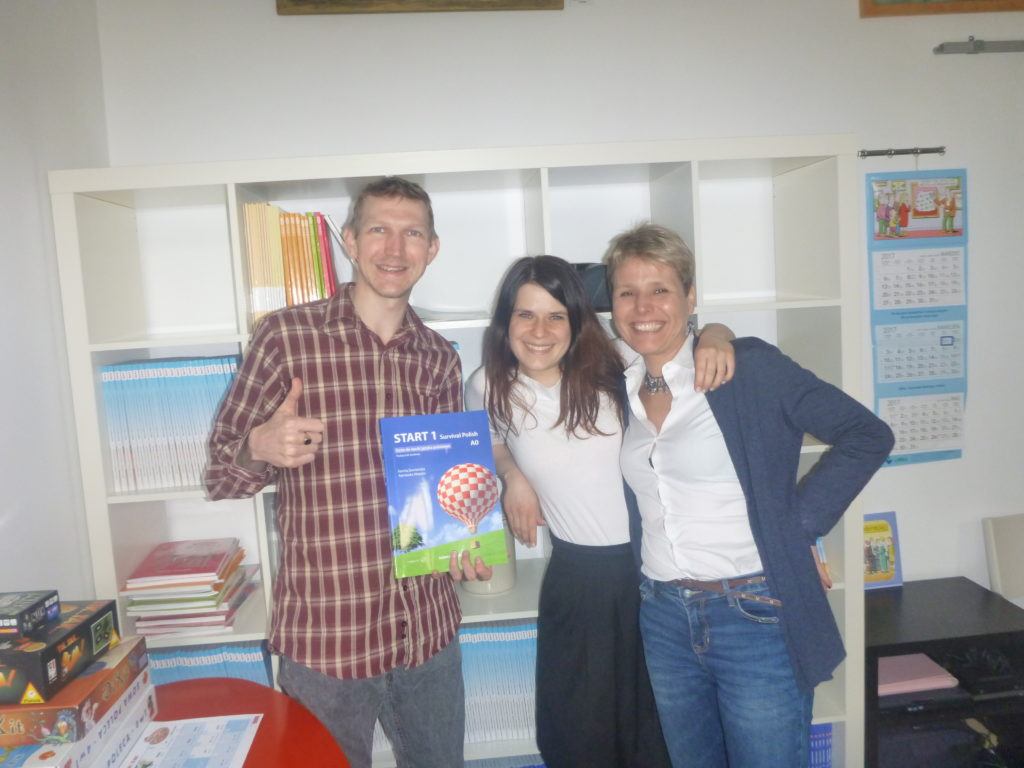 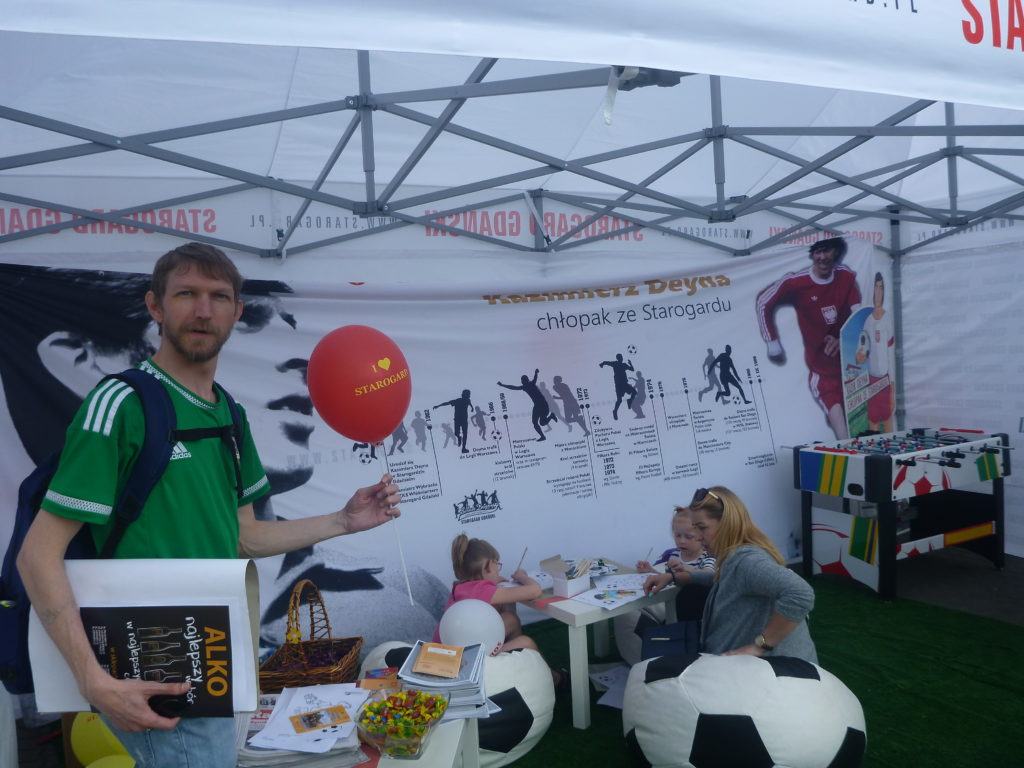 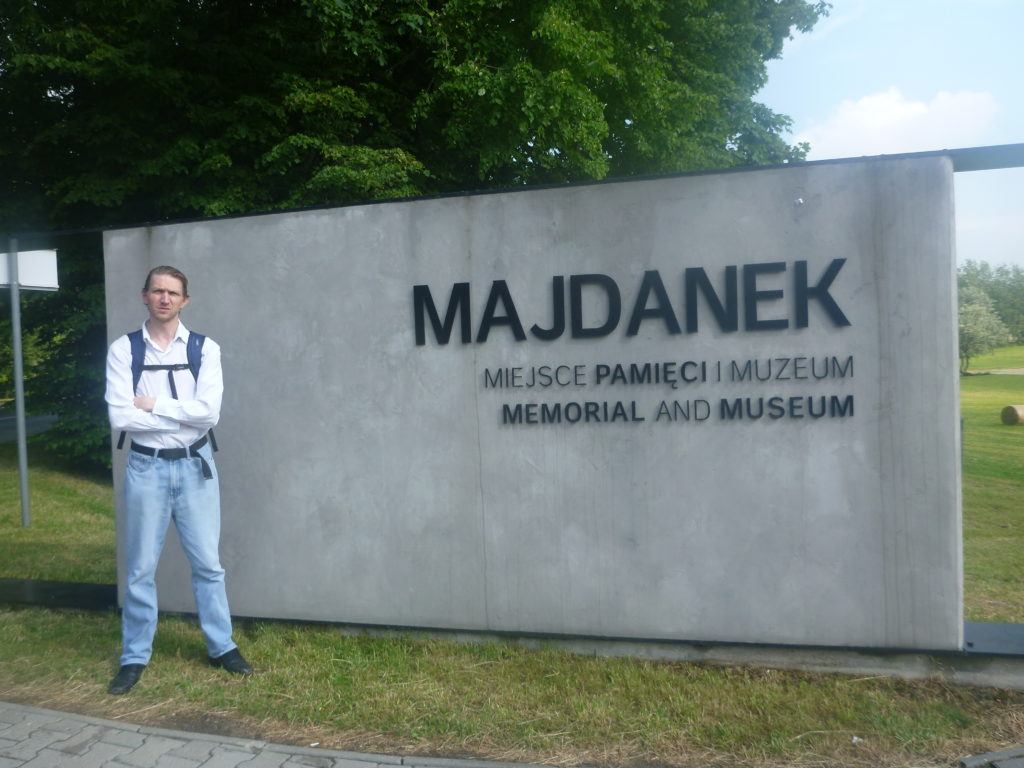 At the entrance to German Death Camp, Majdanek 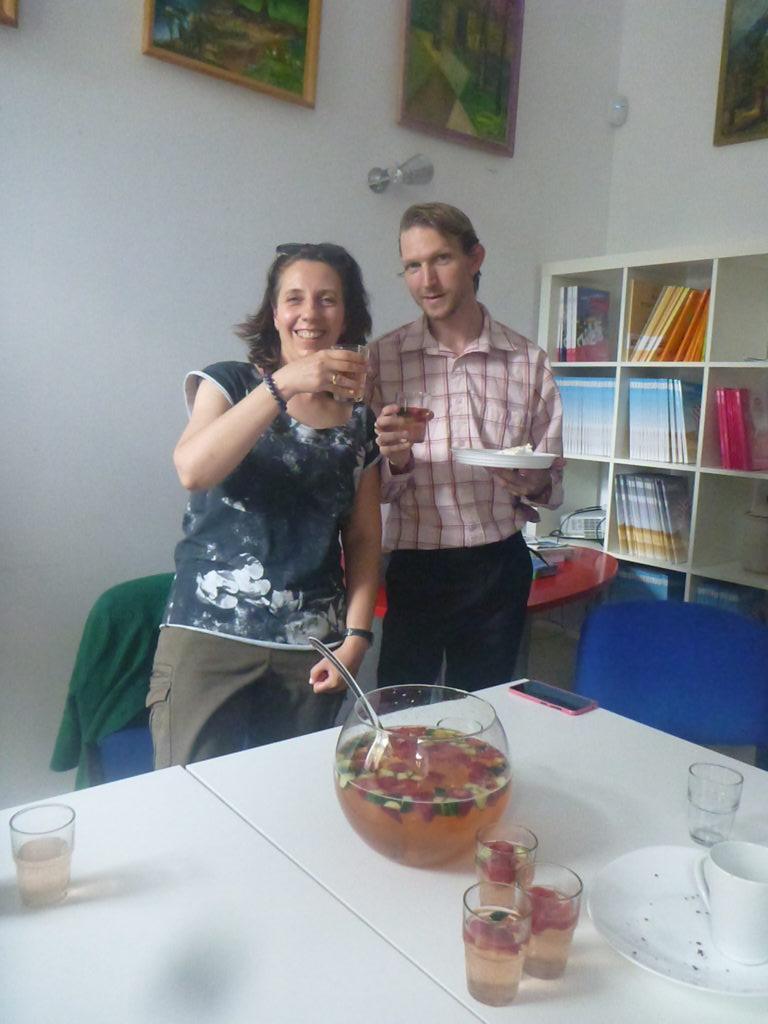 Back at Polish Language School

So it has been an action packed 6 months here in Poland. I have had severe depression all through it, having almost committed suicide twice in 2016. But by reading, by voting, by following, you help me. Thanks for the support. Some of those things I did were partly voted by you in my “Poland Poll” series, others selfishly orientated my myself or some of the Polish companies I work with. As I leave those who lied to me behind, and try and stay happy…here’s the next 6 months… 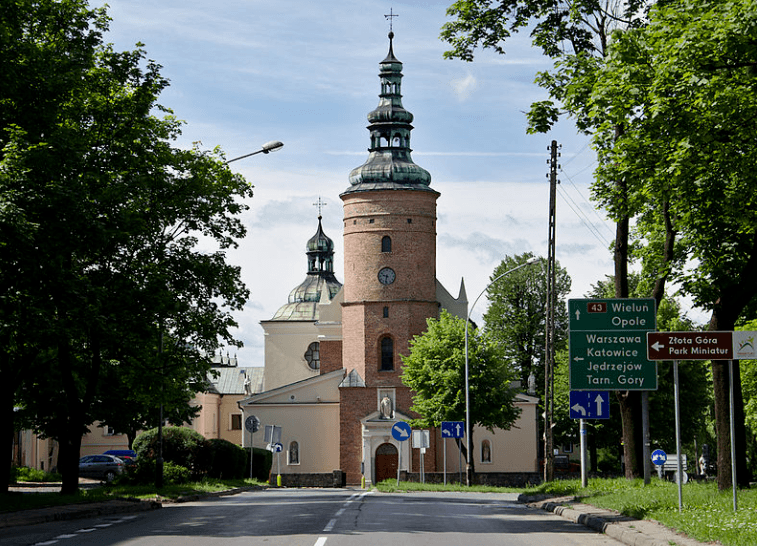 In May 2017, you voted to send me to Częstochowa in June 2017, but the month was rammed with the stag do, the wedding, my 2 friends visiting, the football and more depression delayed that until July. I will still be visiting the impressive Black Madonna – Jasna Góra Monastery. In June, you were voting for one of these for me to do in July (this month) So it is now the 1st July 2017 and time to act:
What Crazy Activity Should Jonny (NI Man in Poland) Do and Write About in July 2017?
1.Get Naked on the Nudist Beach at Międzyzdroje
2.Go to Hel (literally – the peninsula called Hel)
3.Shoot a Medieval Arrow in Owidz
4.Visit The Skull Chapel in Czermna

I personally wanted to fire the medieval arrow, but alas you all voted for nudity, here were the results: 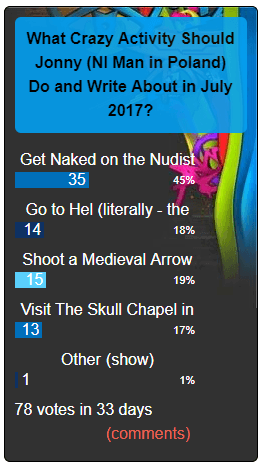 Getting naked was the winner, with 45% of the votes.

So when the results came in, I suddenly realised what a task I had in front of me. Now it appears, the nudity and clothes shedding is the easy part. Getting to Międzyzdroje will prove the tricky one. Międzyzdroje is close to Germany!!

As well as that, this month, I have a Shakespeare Play to attend, the final between Legia Warszawa and Arka Gydnia, Poznan Music Festival and many more events to come. 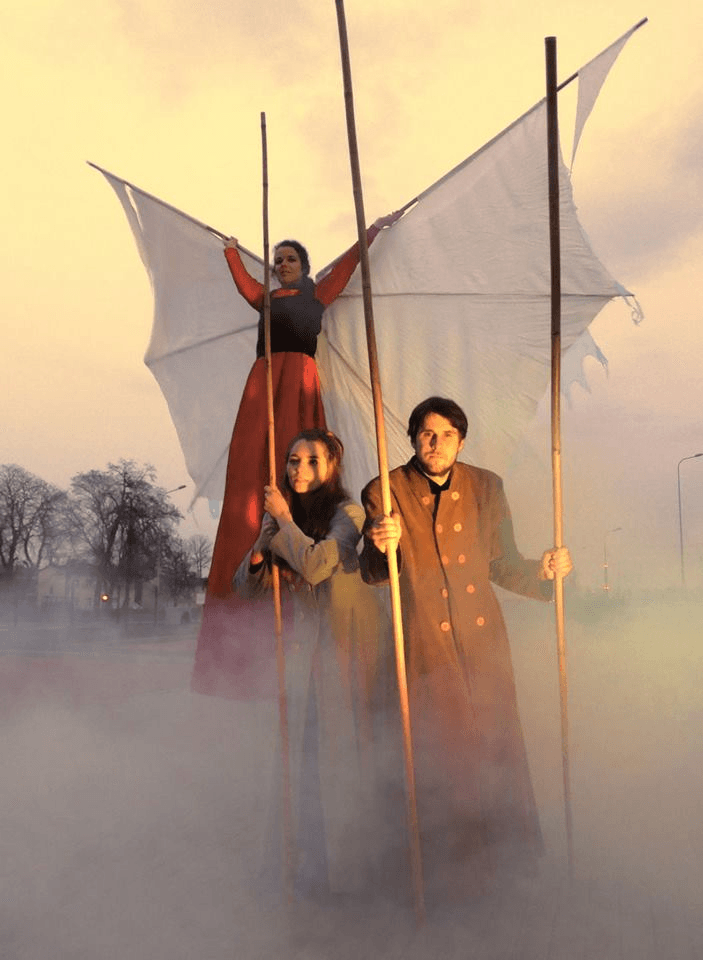 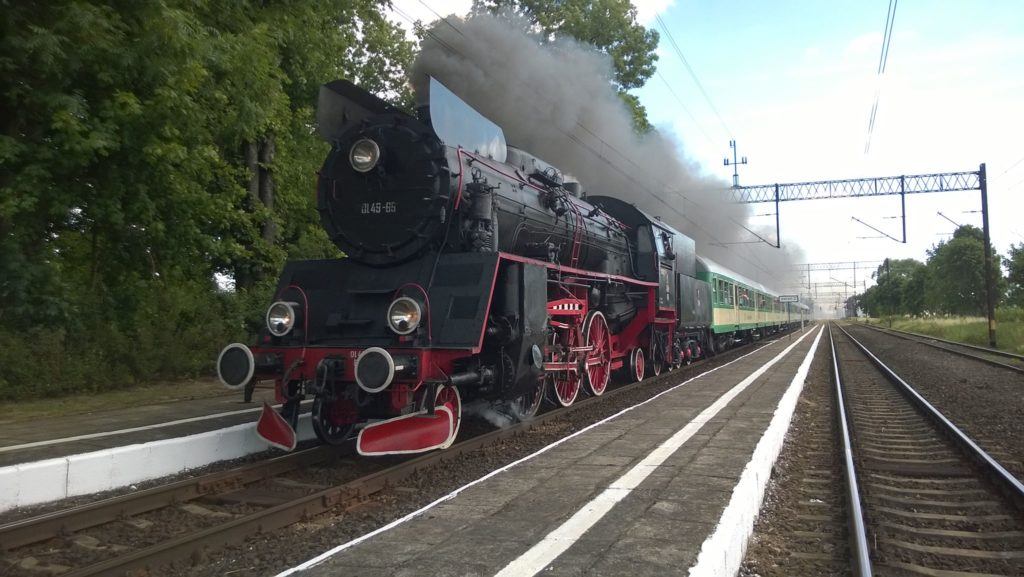 August
A return to Gdansk to check out the World War Museum and possibly see a bit more of Gdynia. I miss that part of the world, even my lovely flat in Brzezno which I never posted about before. Here’s a photo of my old flat by the beach: 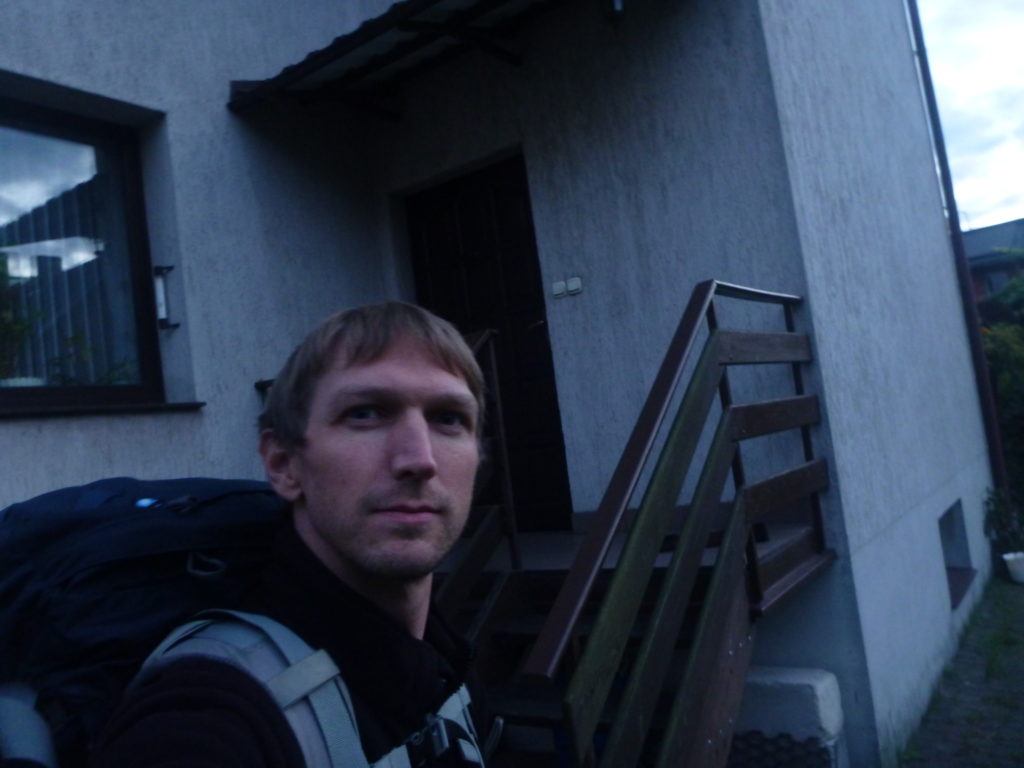 My old flat in Brzezno, Gdansk 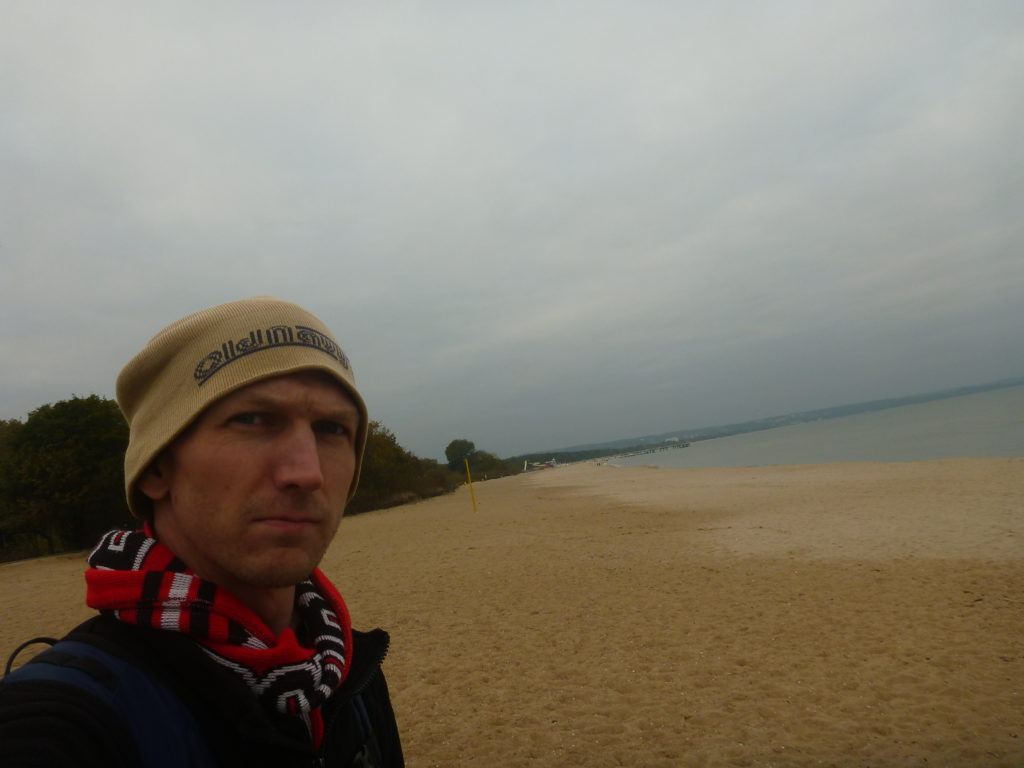 By the beach in Brzezno

September – November
These three months, I will concentrate on business and ticking off the final 5 Polish Provinces I have yet to visit. If I have time and money, I will also try and visit family and watch some Glentoran, Bournemouth and Northern Ireland matches live. These are the places I still haven’t visited (those not in bold):

*those in bold I have visited

December
I am absolutely delighted to be invited to a special charity football event in Poznan:
https://www.facebook.com/pilkarzedzieciom/
Also playing with me as well as some former Polish league players will be
Ewelina Kamczyk from the Polish ladies team.

I am playing football again as a special guest

So that is quite a busy schedule coming up as well as my travel writing, itinerary planning, lecturing and learning Polish. If you would like to get in touch, to interview me for your blogs/media, or to be featured on my Polish Websites Page or be interviewed for Dlaczego Kochamy Polskę? Why Do We Love Poland? then please get in touch:

And the poll for where to send me in August will come in due course. In the meantime I have lots of writing to do! Once again to my old travel friends, sorry, peace and love, you’re forgiven and we get on with our lives. 🙂

My new front cover for my blog

6 thoughts on “One Year in Poland: Leaving the Past Behind, Heading to Częstochowa, Getting Naked at Międzyzdroje and My Return to Gdańsk, Gdynia and Poznań”