“A constellation once seen over Royal David’s City. An epiphany you burn so pretty, yeah you are a shining light ” (Shining Light). 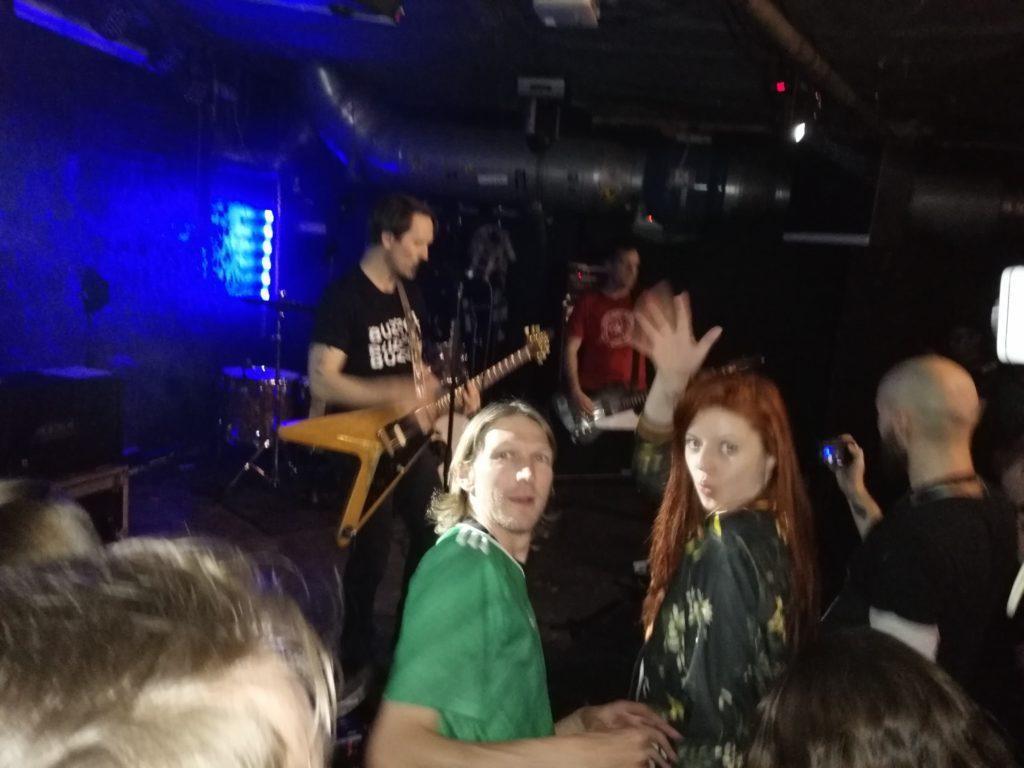 Superlatives cannot really do any justice here. I’m stuck to writing emotional wordbooms from my Ulster inspired heart today. This is a high in life. Here goes. If your life gets any better than this, Instagram me your secret… 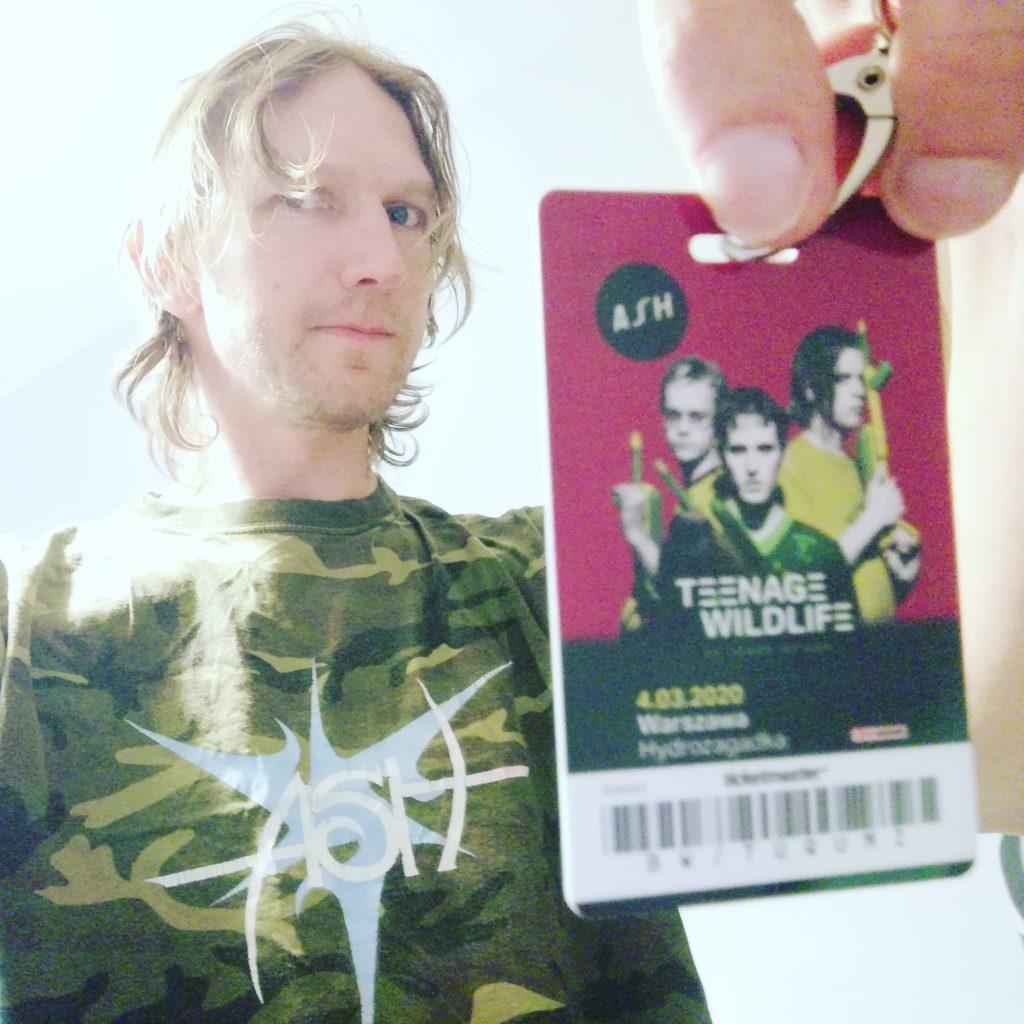 Ready for Ash in Warszawa

The scene is set. The sun has sank. A local tramp swigs a grubby bottle of Polish vodka on a street corner by a derelict building. Local students order “an uber” on their mobile phone whilst in a flurry of a hurry in central Warszawa. A tattooed overpierced punk prodigy orders up the dirtiest beer on the menu before air guitaring to a blonde babe who would look better with her pristine nippies out on a beach in Sopot than in a dingy rock joint in a building that Belfast would be proud of. 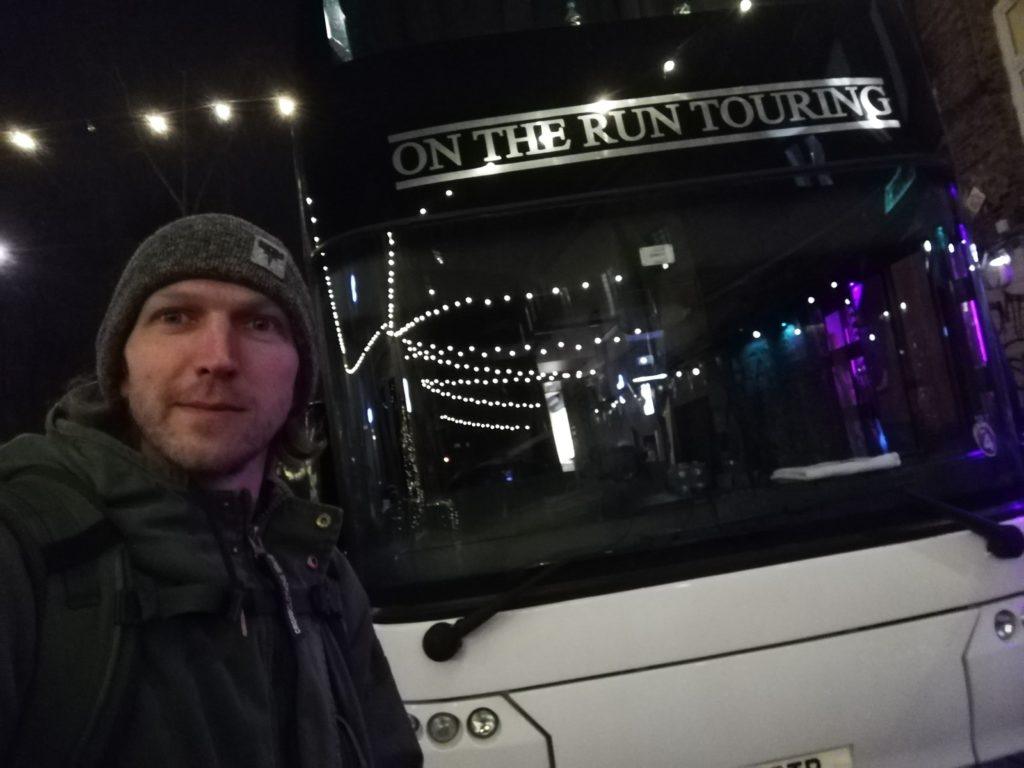 Then there’s the Northern Irish immigrant come writer come teacher who danders in wearing a modern day Northern Ireland football shirt, brandishing the often debated Northern Ireland flag and sporting a haircut that belonged more in a 1996 English pub than it does in a trendy hipster 2020 joint. Then there’s the Legia Warszawa geek at the back checking his phone for updates on a 2-0 away win in the seaside resort of Gdańsk – this gig is worth skipping the football for. There’s also the Manchester contigent. A “United fan” buys an Eric Cantona t-shirt laughing for hours at the fact that Eric Cantona once told Ash “I spit on your record” when they asked him permission to use his Kung Fu kick on the front cover of their Kung Fu song! And last and definitely not least we see pretty Julia, the hot Polish babe that once shared a dorm room with perpetual Northern Irish tourist Jonny Blair and winded her way into his less than boring existence. This myriad of wacaday revellers are just some of the crowd moved and suitably impressed by the youthful exuberance of Ash. The audience is on fire. Ash have arrived. 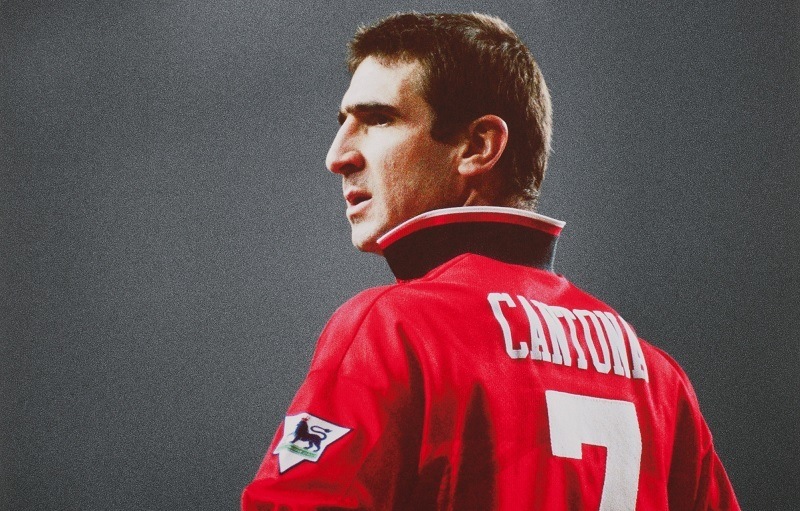 This, however, remarkably is Ash’s first EVER gig in Poland. About bloody time eh?! They have been all over the world with their 200 strong songlists wooing crowds in far flung venues such as Bangor, Southampton and Munich. But they left Poland bereft for so long, it felt like we time warped ourselves with Marty McFly in a 1980s Northern Irish built Delorian on an adventure to the future. Bass guitarist Mark Hamilton strides calmly into the venue, almost as if his brother actually started school again today and he has just become the owner of the world’s first ever hoverboard.

“Before my eyes, beyond the stars, beneath the sun” – (A Life Less Ordinary). 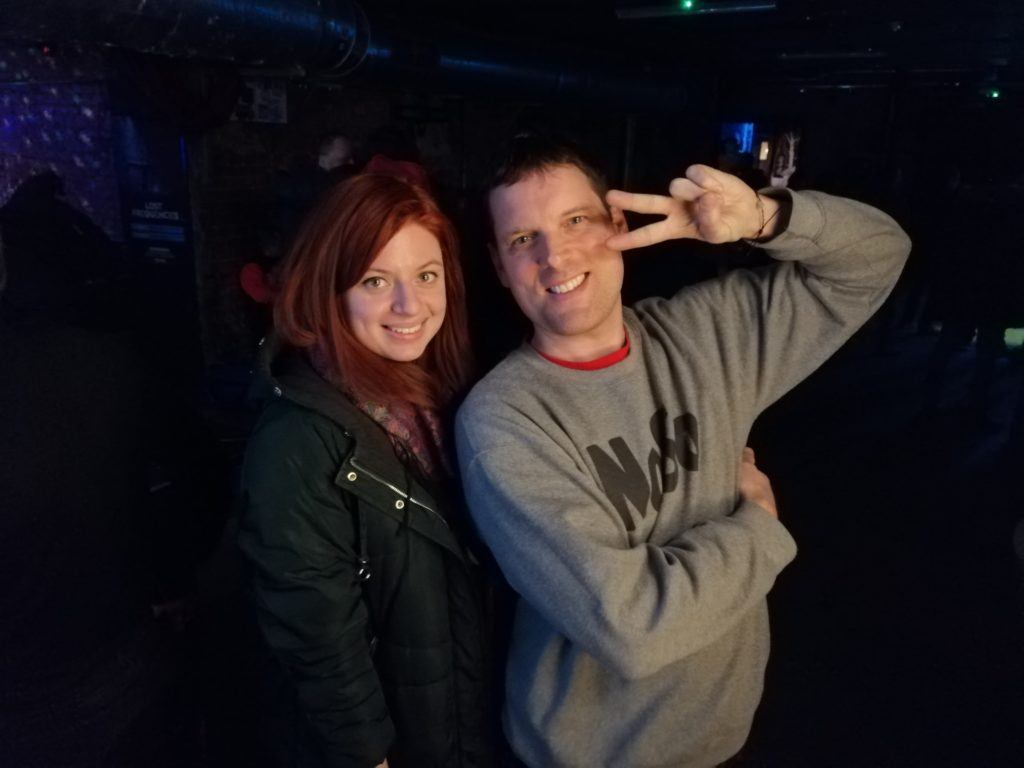 “A warm June evening she would come to my house. Still in her school shirt and her summer blouse” – (Oh Yeah).

Poland has deserved this gig and it was worth the wait. On the day that Poland sadly announces its first case of the Corona Virus, Ash are here with their infectious contagious mix of school kid angst, punk head rock, old school pop, modern day jazz, Ulster charm and tonic blues. All of that make this hat-trick of youthful Northern Irishmen a superb rock band. Savour the flavour as Ash swing us through their back catalogue with Belfastic zest. You don’t have time to breathe. Tonight and for every night, you need to know that R.E.M. were just a sh*t man’s Ash. Would Michael Stipe really take time to crack jokes with fans? The band and the fans are here for the same reason tonight – we love live music and there are no barriers. 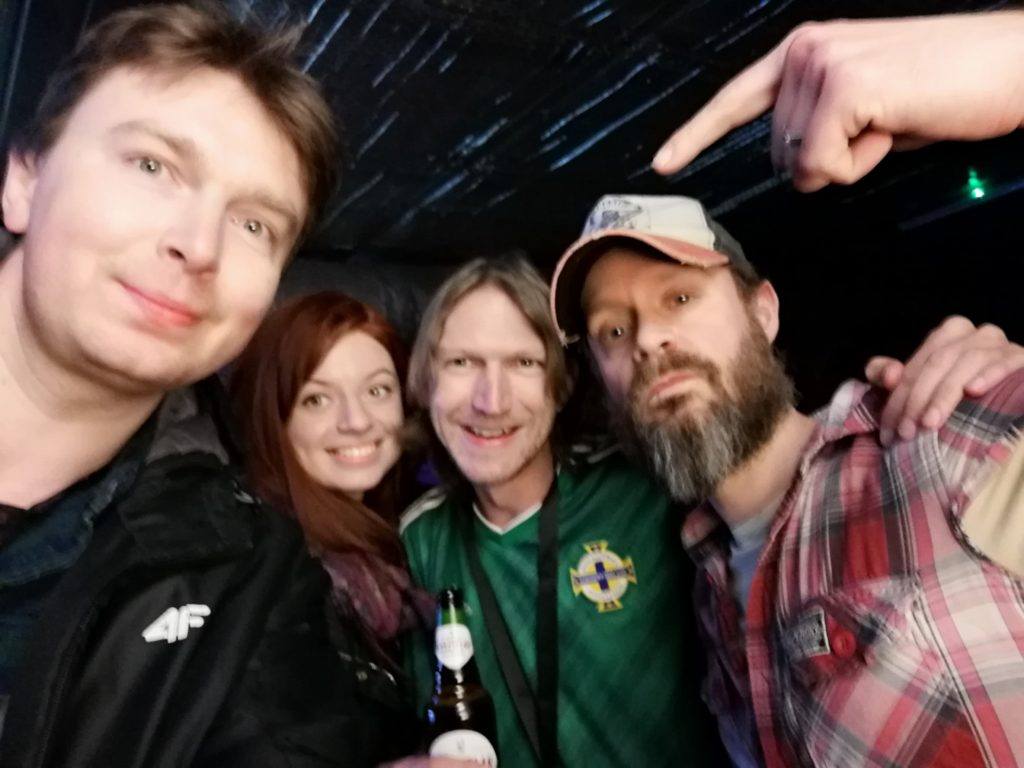 Tim Wheeler ain’t changed at all. His Downpatrick accent as intact as his one liners from Glastonbury gigs in days gone by. His hair stays the same as does his on stage demeanour. The Ash lead singer doesn’t appear to have aged at all since he sported a silver glitter guitar during a smashing blast of “Girl From Mars” in front of a London audience on Channel 4’s TFI Friday. And that was in 1996. But here for Poland it is a thank fuck it’s Wednesday. Wheeler is calmer and more polite on stage than Hamilton and McMurray, at least for tonight. 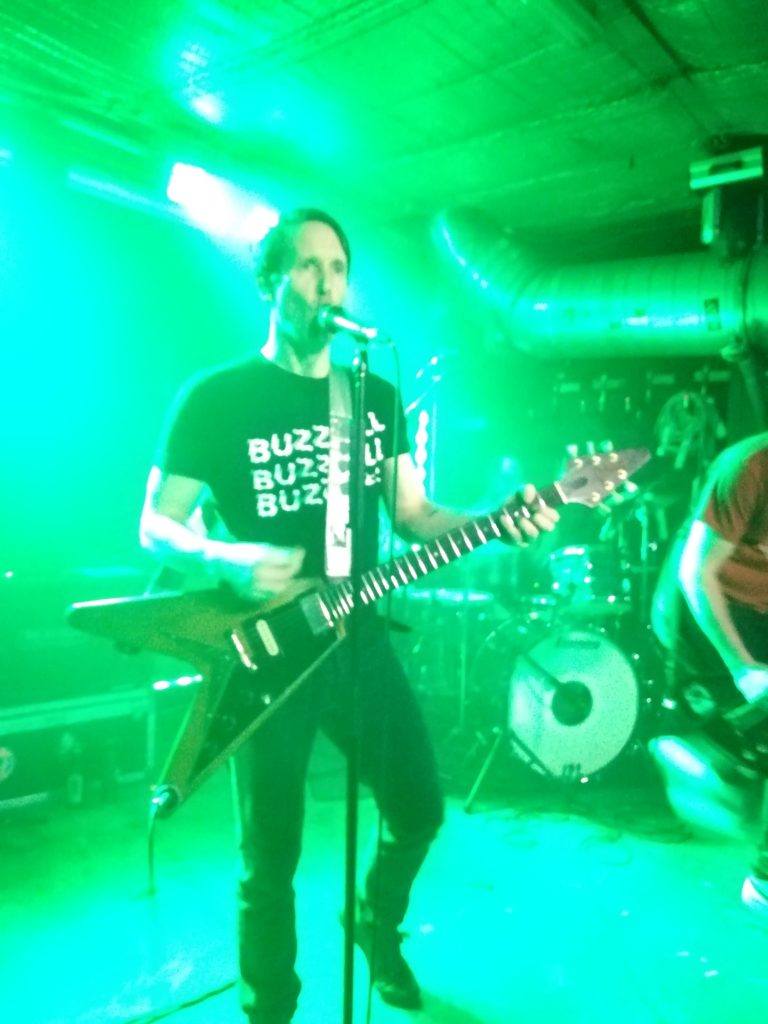 Beard dominated drummer McMurray bangs and bangs. The vegetable monikered Onion Rick suits his Instagram title as much as he looks at home on them there drums. Oh and percussion, and backing vocals to add calm to the daredevil screeches of Wheeler. Rick could be banging on a box of onions and you’d swear he just did his GCSEs a few minutes before sauntering onstage. Those onions wouldn’t last long in a Downpatrick supermarket. 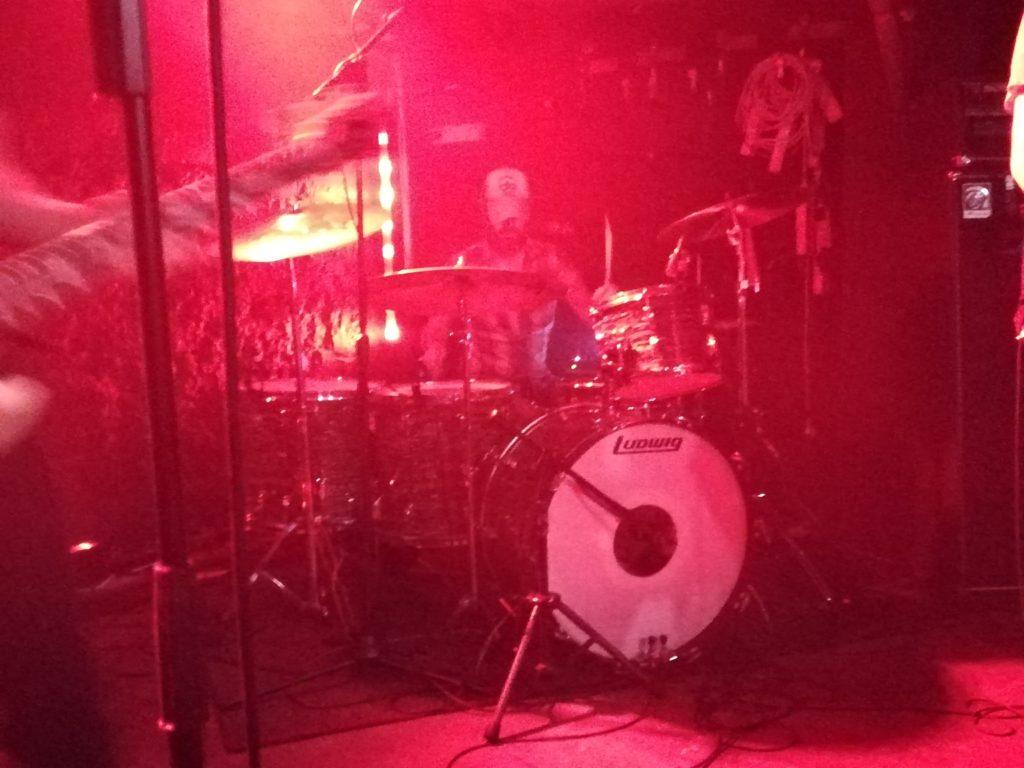 McMurray banging them there drums

“Her brother started school again today” chimes Mr. Wheeler almost as a rockaday tribute to an unknown teenage misfit whose sibling was missed from a lunch hour due to an education system. It is all a little more deep and profound than you’d imagine. Wheeler touches on love, bottles of wine and Ulster rain as he blastifys a sex scene in an underground dungeon. The song here is Goldfinger. There is no gold, there are fingers on guitars and there is certainly no sign of James Bond. The result is a banging rock ballad befitting any windowless venue full of sexy boys and girls. Warszawa duly sips it up. For the chart geeks, the song was a number 4 single in the UK charts in 1996.

“I got some records on, and some bottles of wine” – (Goldfinger). 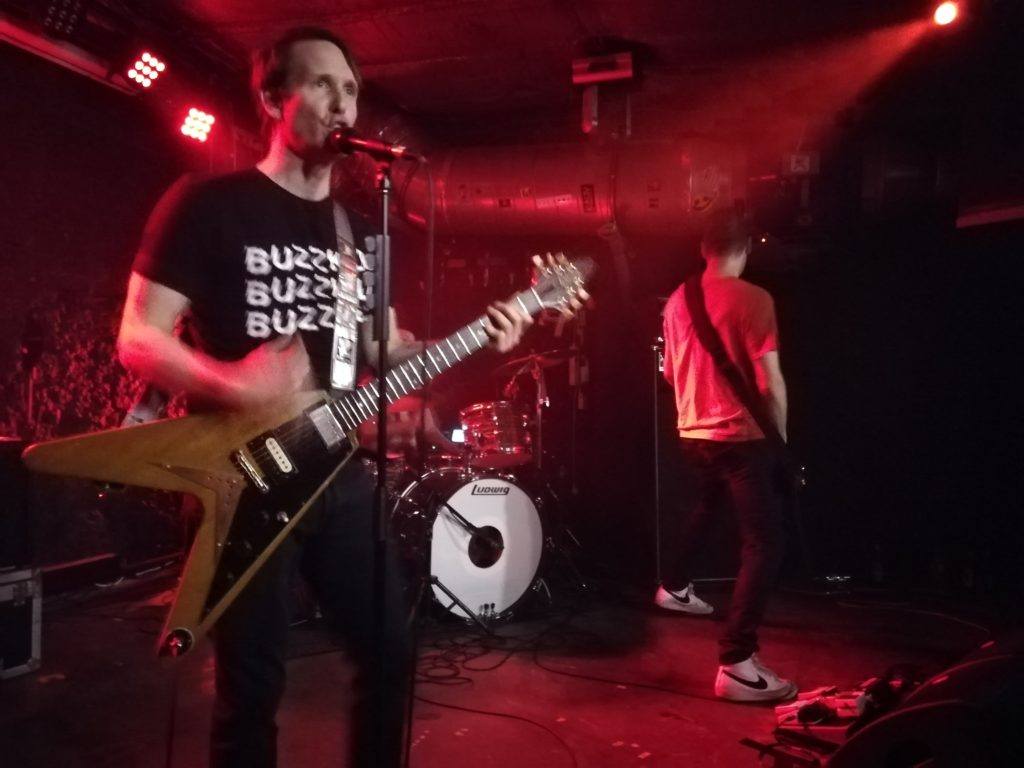 On the right hand side of our platform, subdued bass guitarist Mark Hamilton is the one to watch – he was always a lanky mover. He shifts around his Polish platform like he has been here before, in a past life. He mimmicks scenes from Star Wars in his mind as he bass tabs through a plethora of quintessential chart hits that Warszawa has never heard live before. Undoubtedly, Mark Hamilton steals the show tonight. 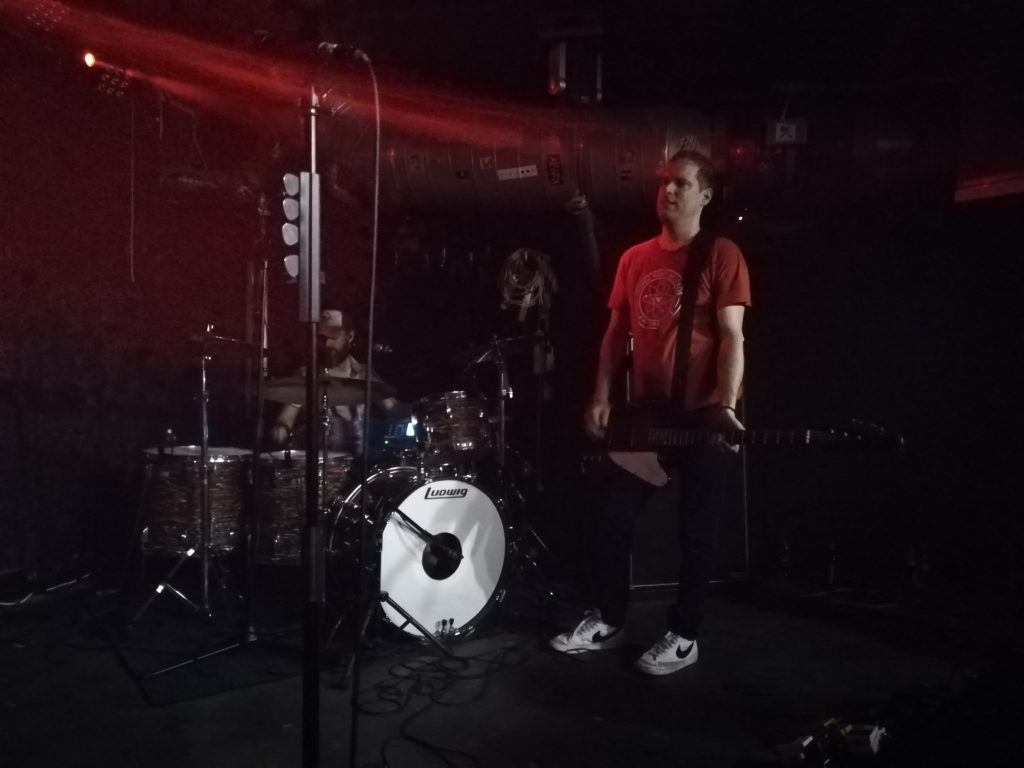 The most admirable aspect of Mark is his work ethic. Off stage, he never stops working, he’s the most public of the Ash members here. He confesses that they barely have time to go sightseeing. A shocking reality hits me here – these are work-oriented rockers, they’re not backpacking through the best museums in Warszawa and taking selfies with pierogi and next to churches. I am the tourist. I feel a bit gutted that they have to leave on the band bus after the gig and that they won’t even have time for a Warsaw sunrise and a good dark ciemne piwo and pierogi dish. I’d have loved to neck a few Belfast beers with these lads. 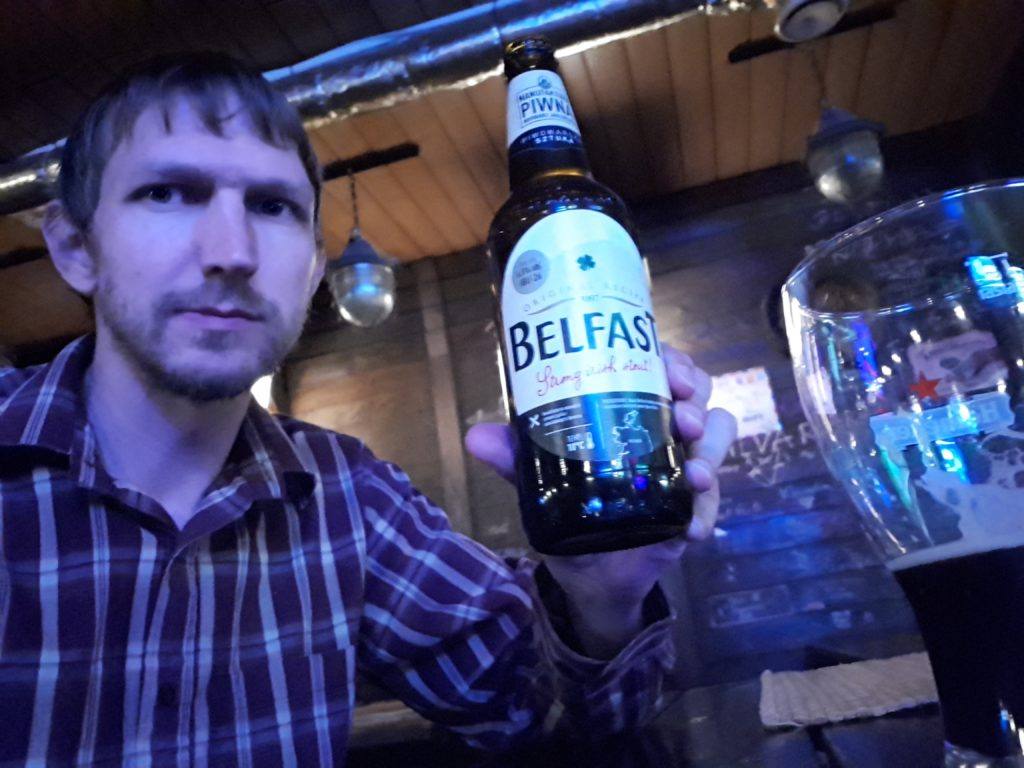 Belfast Beer: Made in Poland

These guys are working and touring non-stop, it shows – their passion is clear. Mark Hamilton even doubles up as a photography expert, a sales rep and a clothes shop manager. As I buy a t-shirt off him, it’s clear he loves his job. Signed vinyls and quirky t-shirts are on sale and my wallet indulges. It turns out that Hamilton is as much of a clothing brand salesman as a bass guitarist. The rock star in him grabs a hat-trick of ice cold Polish beers on route from his clothes shop job to his musicianship. He barely has time to read the setlist, so confident in his bass lines that he could tell a girl from Mars from a fake James Bond soundtrack with his ears closed.

“Today asleep on the chair by the window, it felt as if you’d returned” – (Girl From Mars). 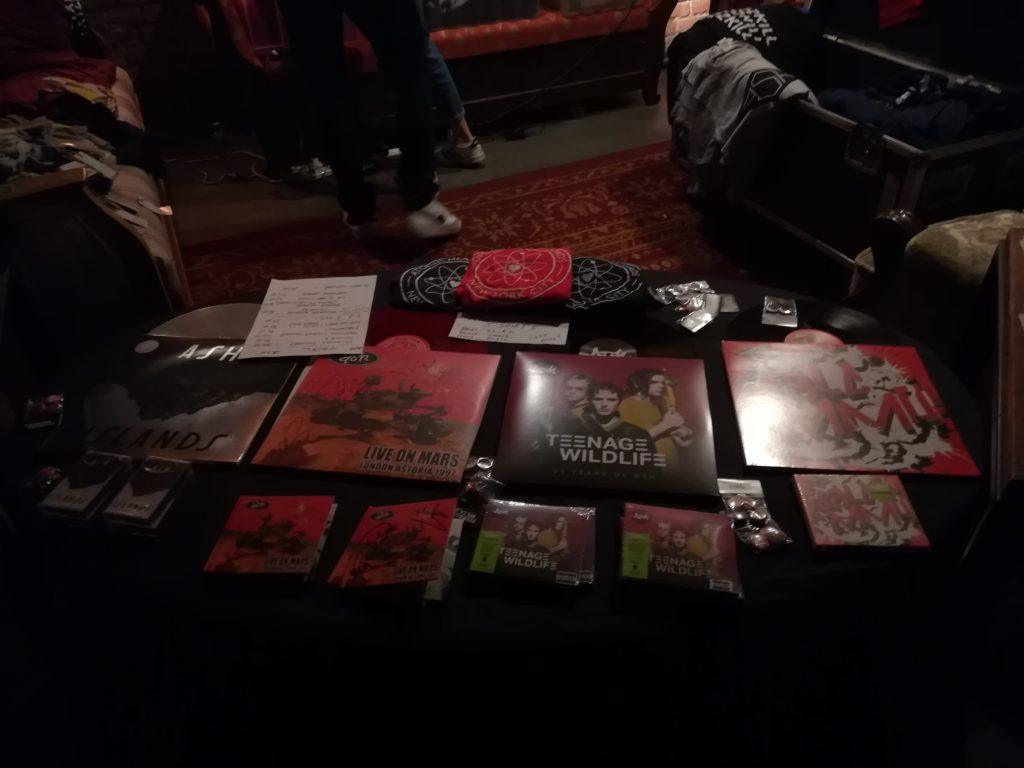 This is Mark Hamilton’s shop

The camera expert in Mark Hamilton then helps us find the right pose and location for this photo…we chat briefly of days in Belfast city in the late 1990s.

“Walking through this changing season, sorrow spreads its wings. We can’t keep a hold on time, just receive what it will bring” – (Folk Song).

Mark Hamilton drops by for a chat.

I am writing this article freshly the morning after the gig (it was only 14 hours ago!!) and I won’t have time to dwell or go into more detail about the songs – they speak for themselves. The setlist is surprising however and there is an encore of three hits, one of which, Uncle Pat actually sounds better live here in 2020 than it did in my bedroom as a teenager in 1995. My personal highlight of the set is that I don’t have one – I loved all the songs, surprising myself by still knowing the words to Walking Barefoot and Angel Interceptor Apollo 21. Most alarming perhaps is that I am stood in front of Wheeler for the entirety, the closest of anyone to the frontman. I did miss the omission of Seventh Circle, Folk Song and Lost In You, but I find solace in the fact that those songs are rarely ever played live by Ash. 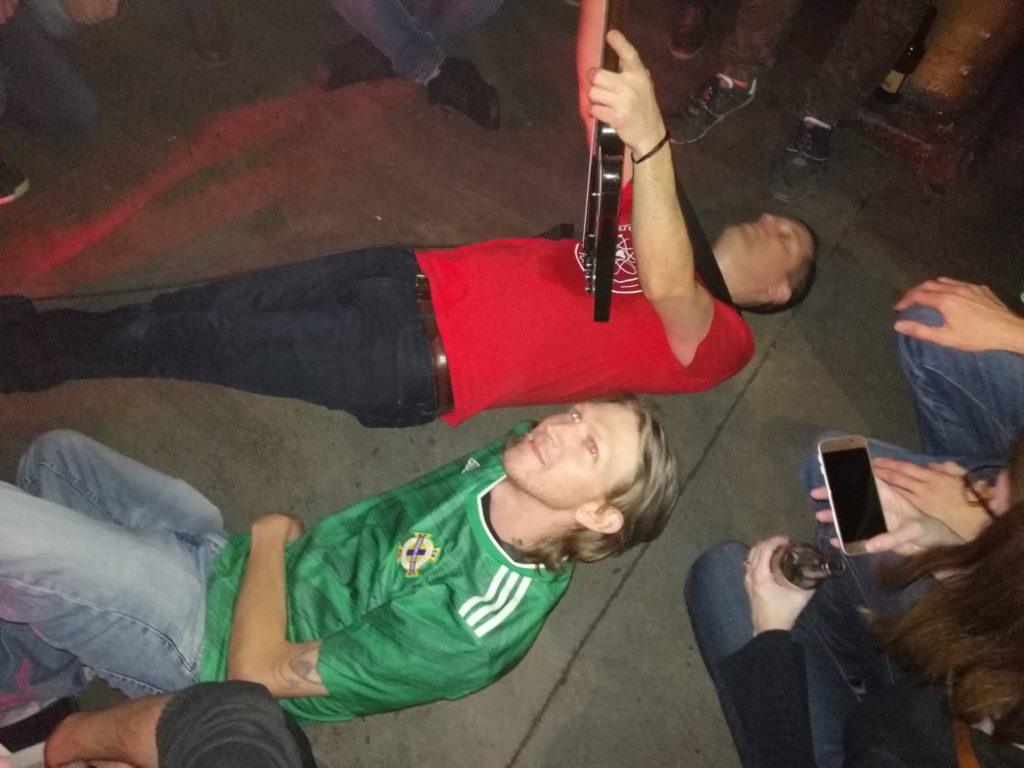 Some footnotes though – Tim Wheeler senses a Polish shyness at the start and requests confidently on song one, “Why don’t you guys move closer?”. He’s totally right, we had some distance during the support band and now he is a yard away at most. His comment feels like the first line from Goldfinger in spoken verse…

“The rain is lashing down and I’m waiting for her…” – (Goldfinger). 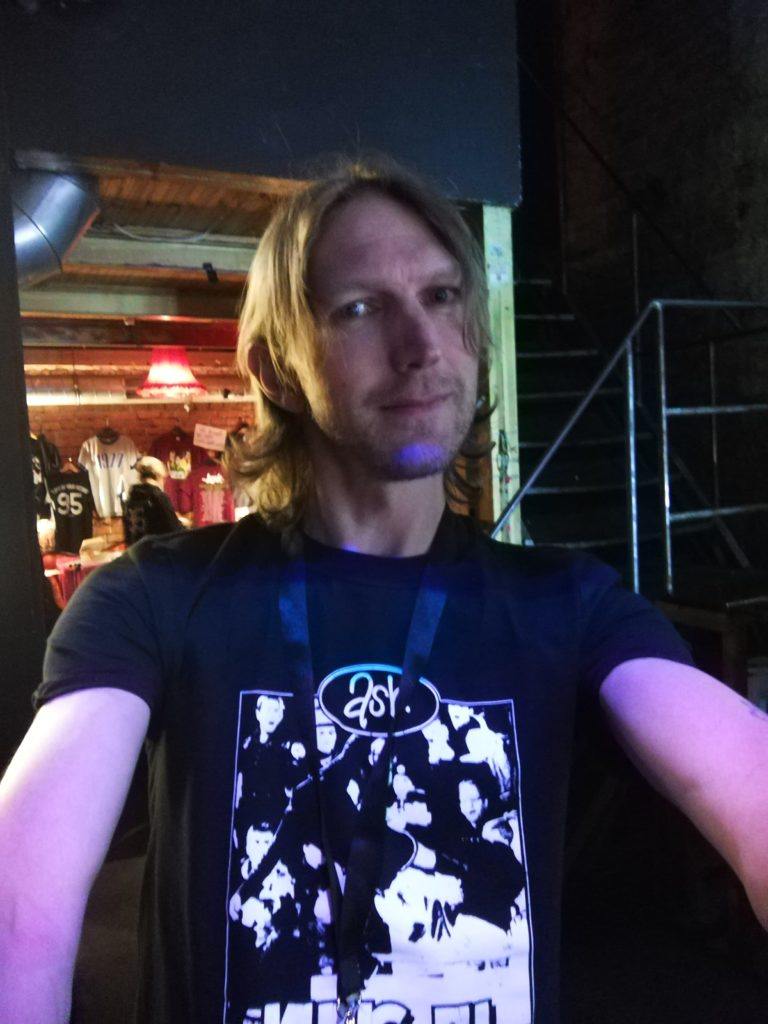 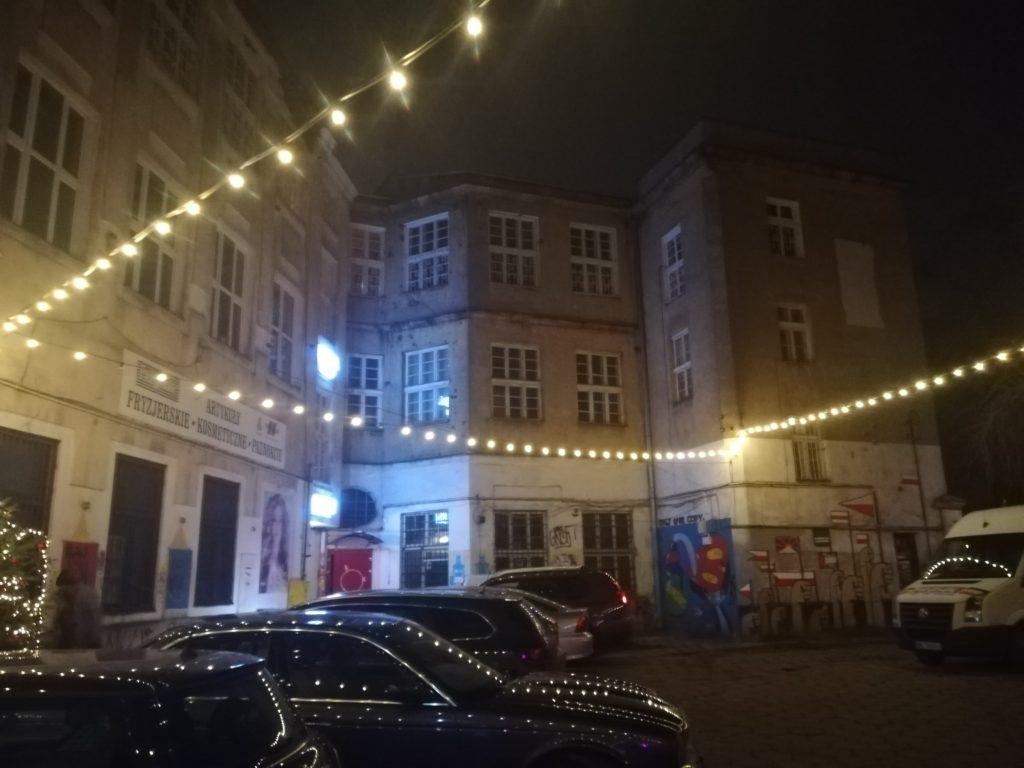 The calm before the storm at Hydrozagadka 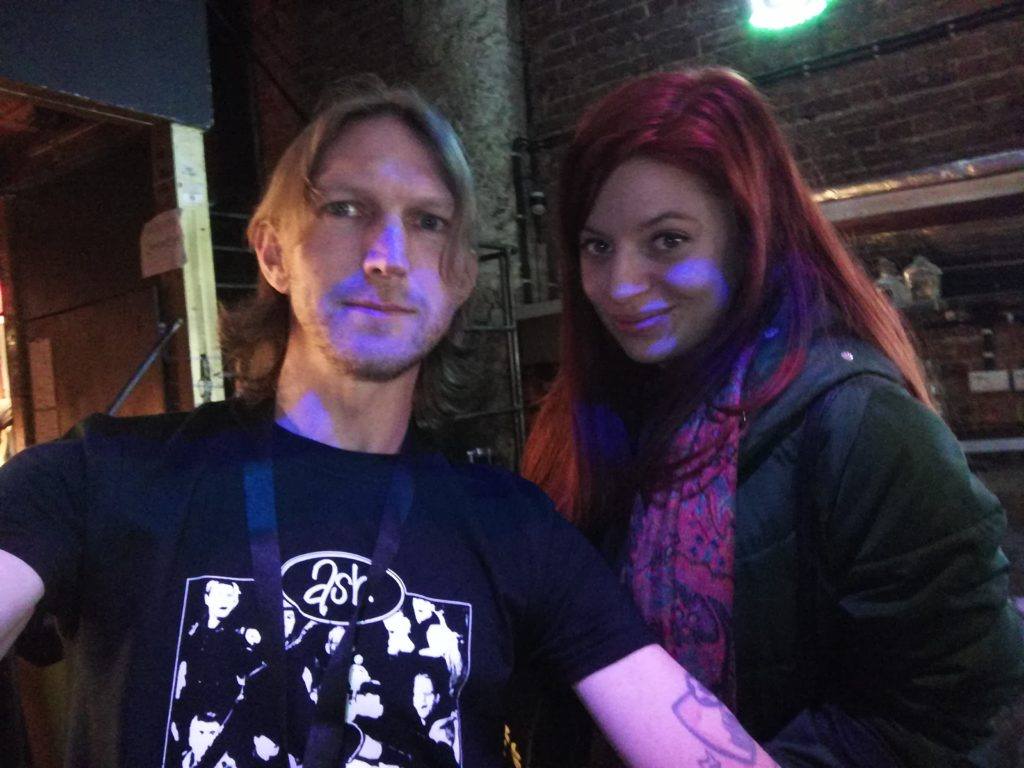 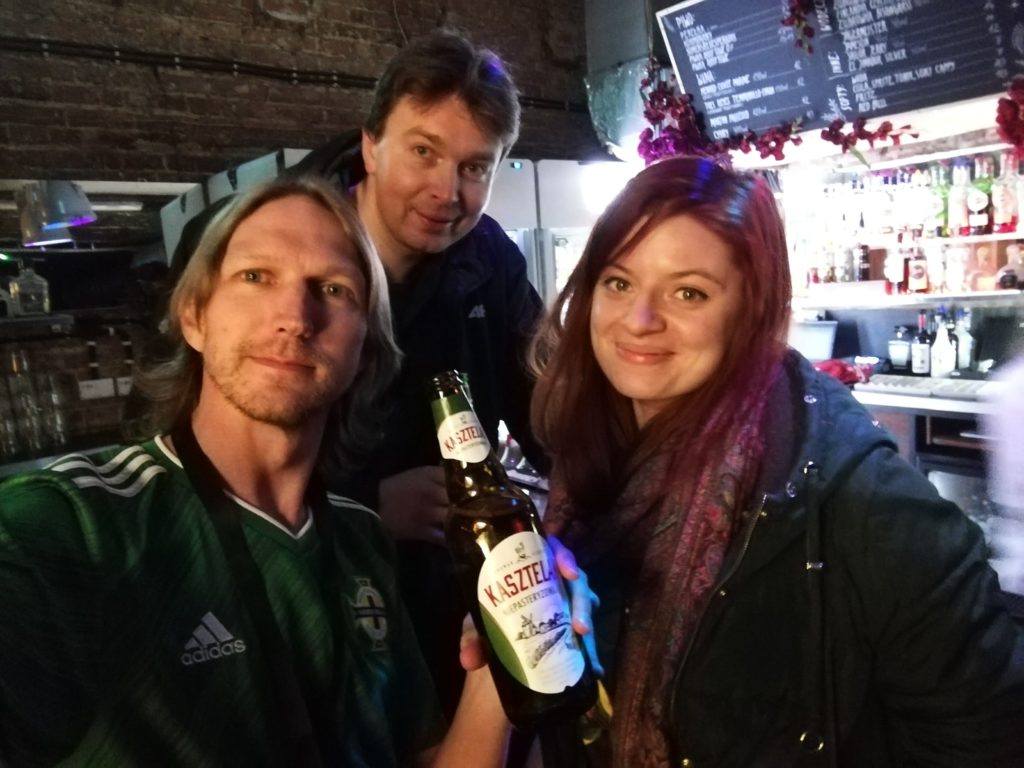 Julia, Rafal and I 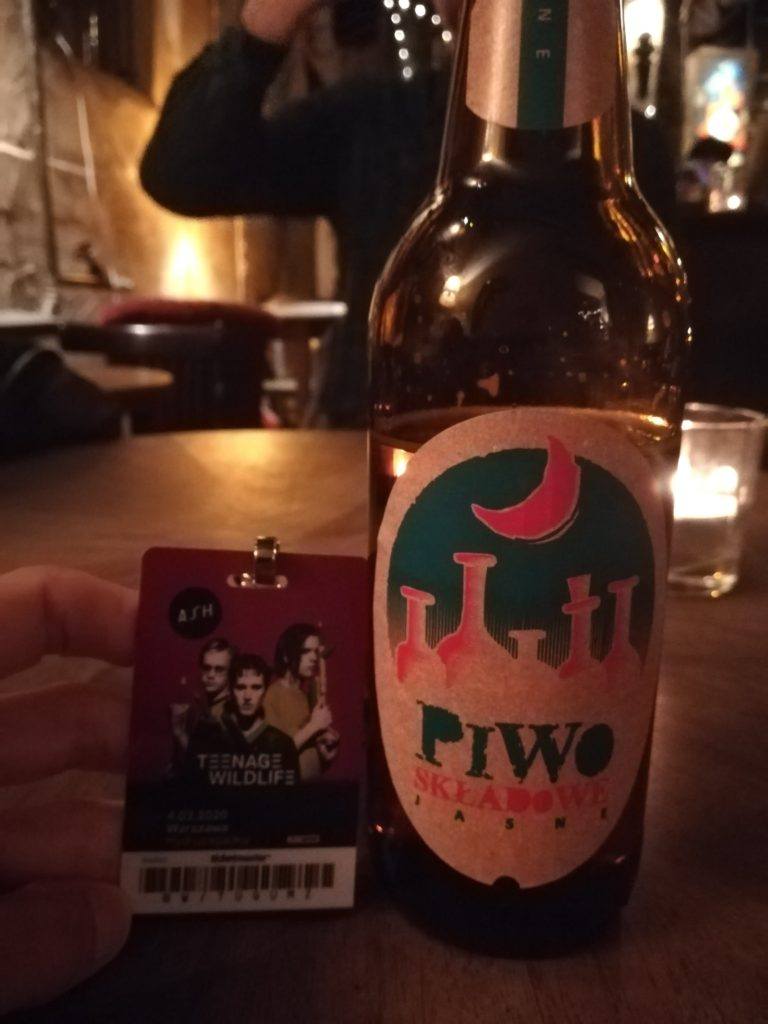 Pre match beer in the bar next door 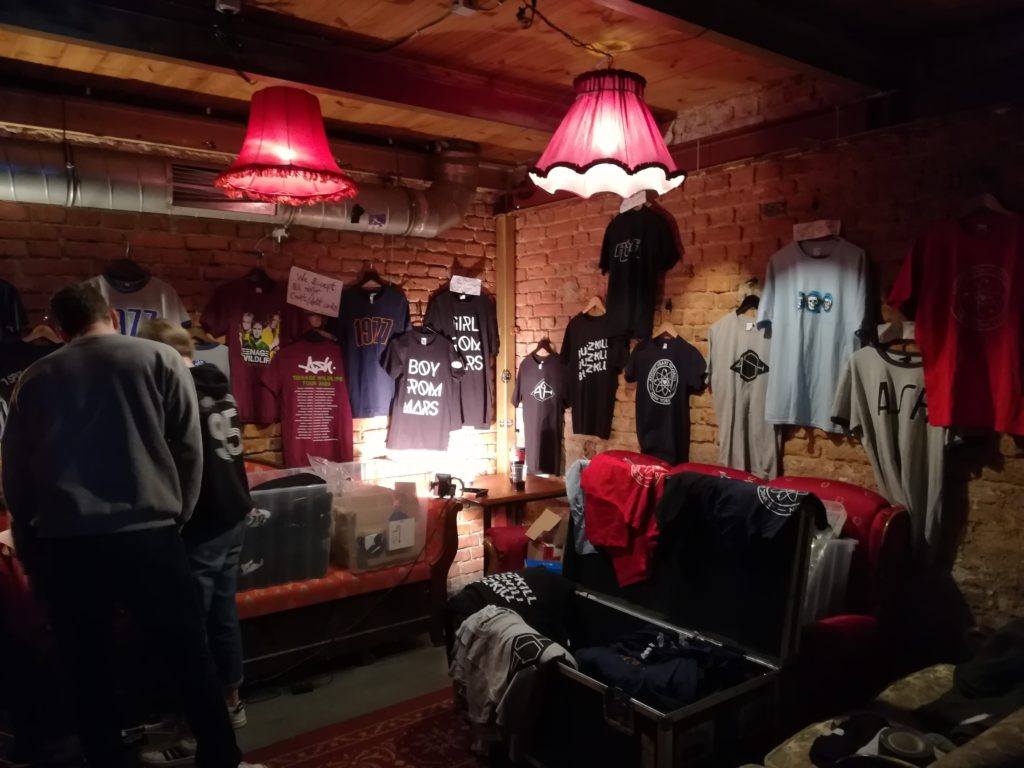 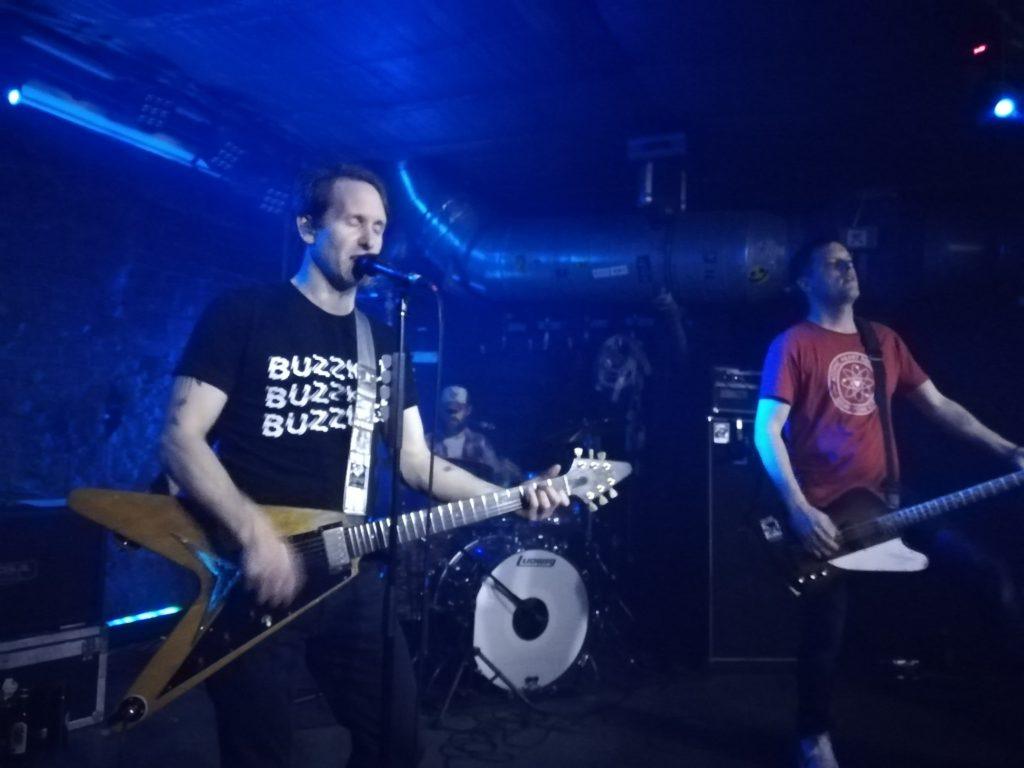 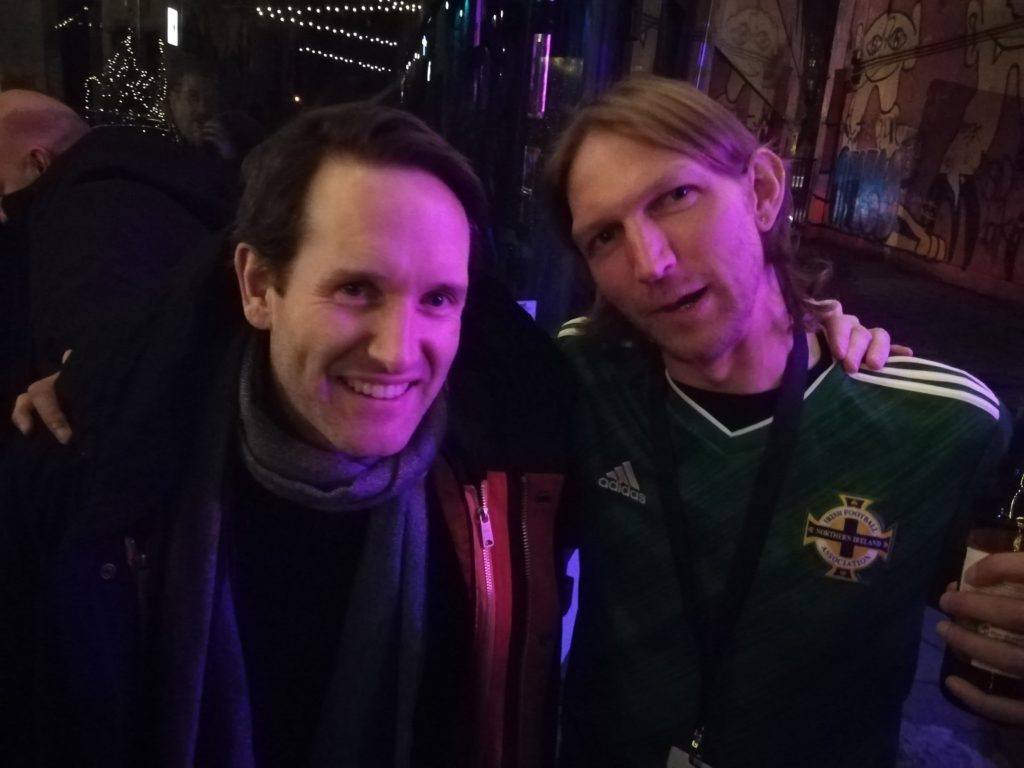 Tim Wheeler and I 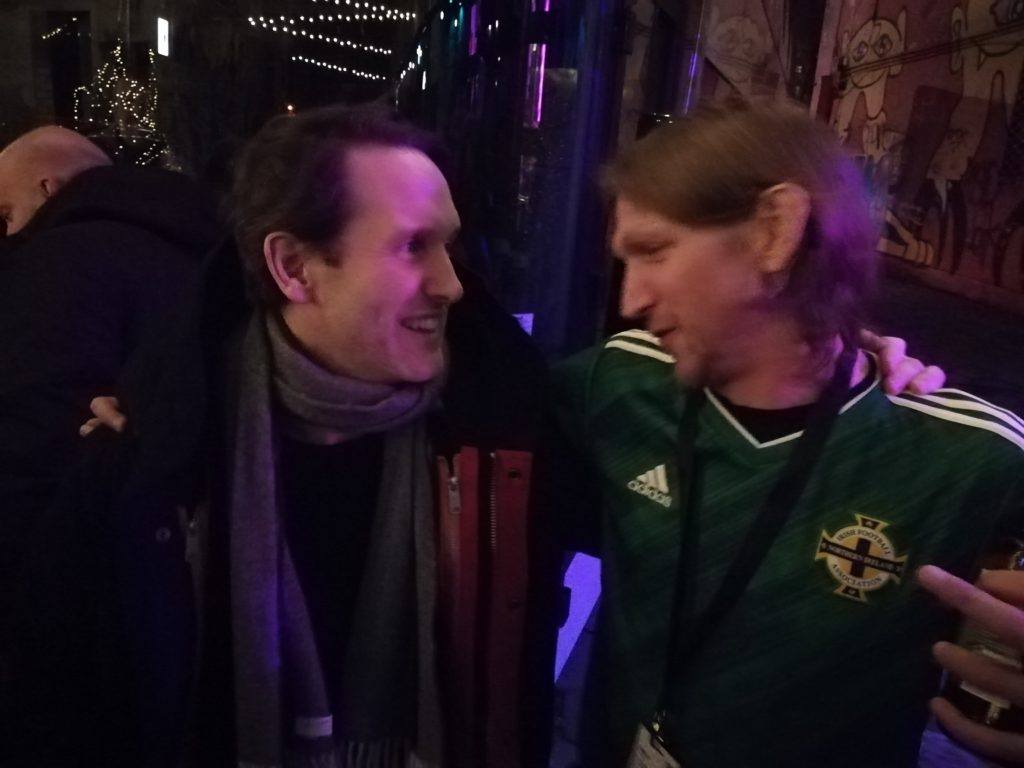 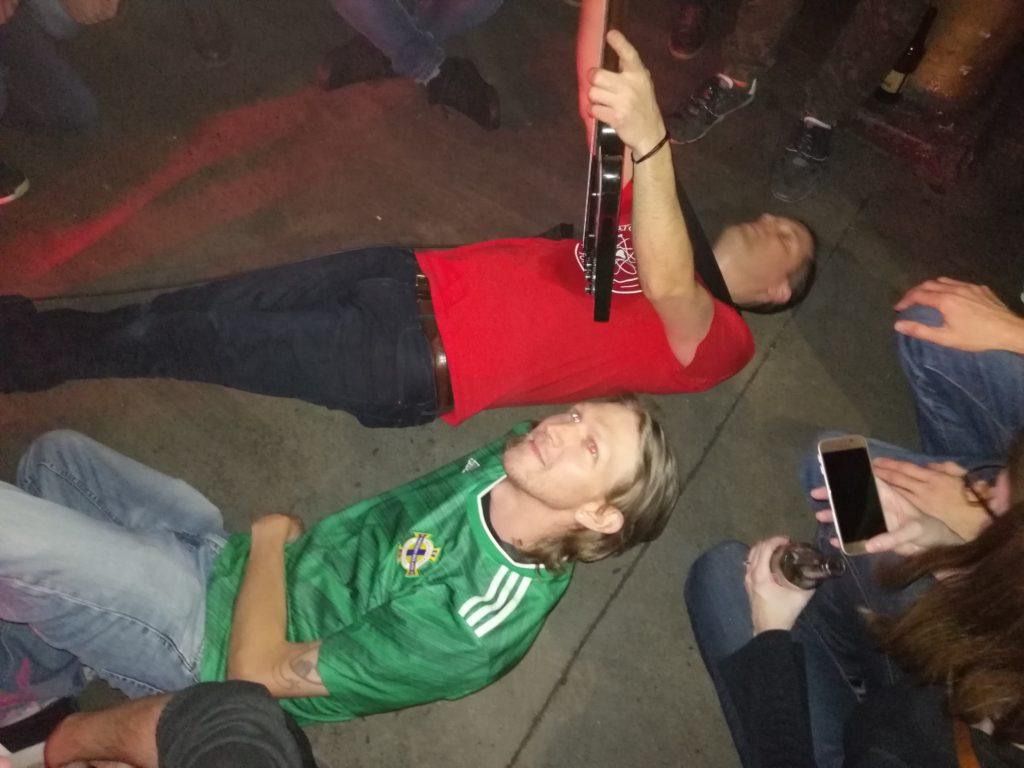 Mark on the floor

During the set Tim uses three guitars, Rick chimes in some backing vocals and Mark falls deliberately into the crowd. It’s everything a good rock gig should have. As a bonus, there is not even a queue at the bar, I never had to wait for a beer. Recalling when I watched Ash in Belfast all those moons ago, it was always a queue for a plastic pint of shit beer. Here, in Warszawa, everything is better tonight. I mean it. 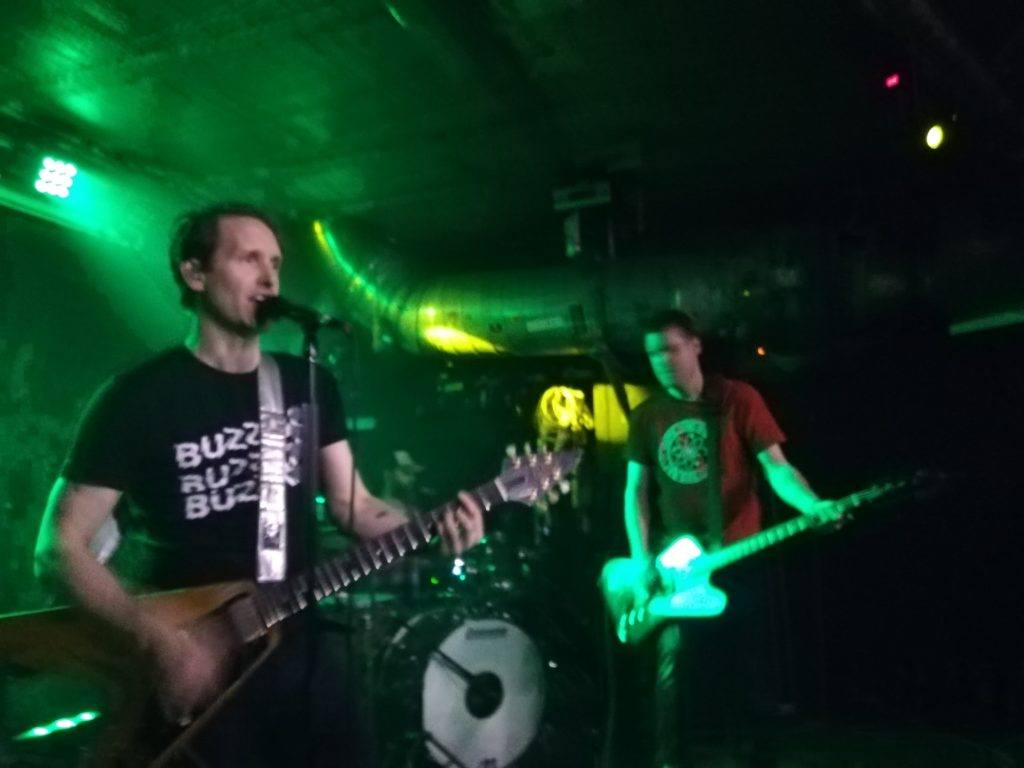 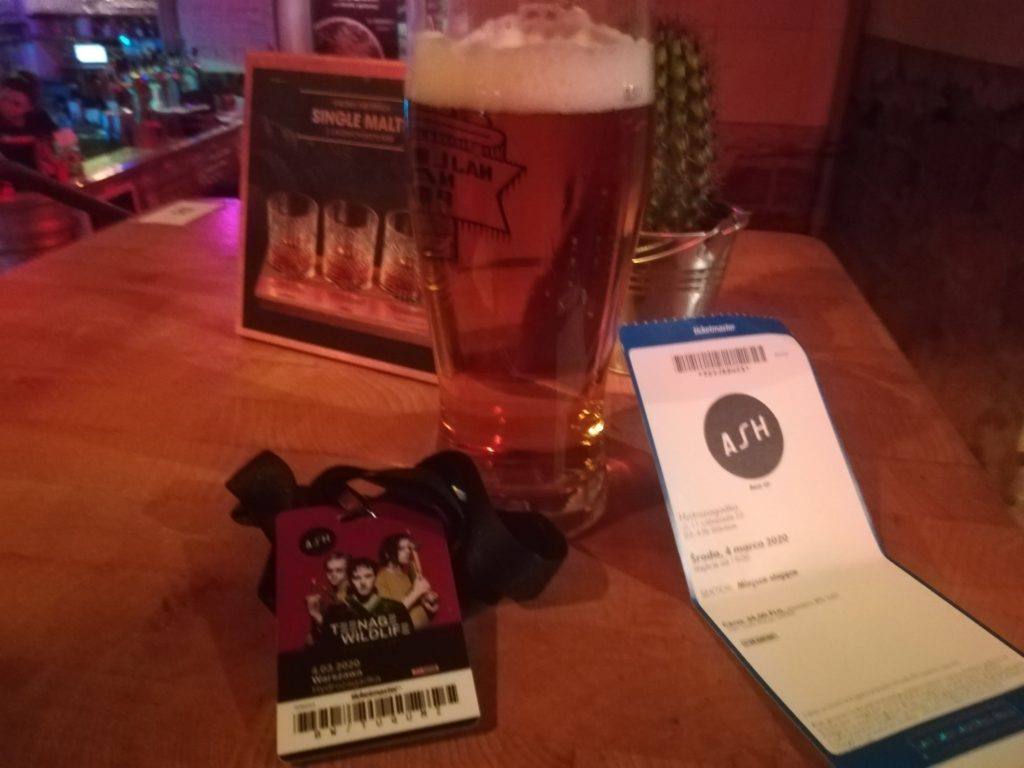 After the gig I also meet frontman Tim Wheeler, thanks to Rafal for grabbing his attention for a snap and chat at the end. I always admired Wheeler the most as he is a writer and tonight, I see that he has a focus on that – he’s less of the social vulture as Hamilton. The trio work well together – there is something special about a rock band that lasts for 28 years. Never stop rocking Ash.

Guys – great to meet you all and what a super gig. Come back again please. Warsaw loved you. I’ll upload videos and setlist in due course.

Here are some videos from the fantastic Ash concert in Hydrozagadka, Praga, Warszawa, Poland: