“We made a connection, a full on chemical reaction” – Tim Wheeler (Shining Light). 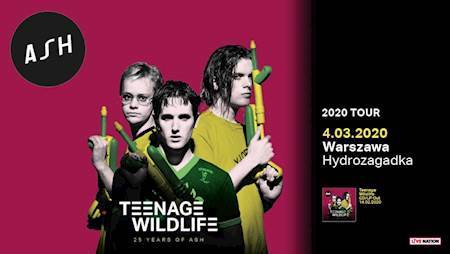 Growing up in Northern Ireland, there were always local heroes to cling to. Our wee country boasts writers such as CS Lewis (of Narnia fame) and Seamus Heaney. Musicians such as The Undertones, Stiff Little Fingers, Van Morrison, Snow Patrol, The Divine Comedy, Therapy? and Ash. Footballers such as George Best, Pat Jennings, Gerry Armstrong, Norman Whiteside and David Healy. Boxers such as Wayne McCullough, Barry McGuigan (from Monagahan but fought as NI lad) and Carl Frampton. Golf major winning hat-trick of Darren Clarke, Graeme McDowell and Rory McIlroy. Snooker world champions Alex Higgins and Dennis Taylor. The list continues into many other professions and makes me immensely proud that a small country of 1.6 million people can punch higher than we should on the world stage. 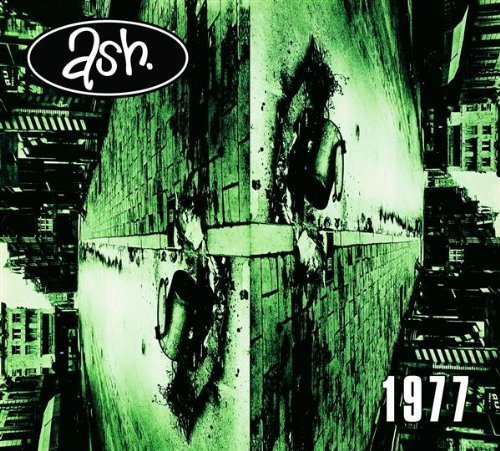 Step in Ash. A textbook rock band formed in dingy Northern Irish garages in the burial town of the famous Saint Patrick – Downpatrick. The lads in Ash are only a few years older than me in their early 40s – Tim Wheeler (singer/guitarist/lyricist), Mark Hamilton (bass), Rick McMurray (drums and percussion). Their main debut album 1977, was released in 1996 and shot straight to the top of the UK album charts. The album was named 1977, as two of the band members were born in 1977, and it was also the year that Star Wars came out. Films and global culture in general play a big part in the history of Ash’s lengthy back catalogue, at least when I listen to their lyrics and gaze at the album sleeves.

“We’d stay up late playing cards with Henri Winterman cigars, but she never told me her name” – Ash (Girl From Mars).

I started listening to Ash around 1995. They had a few mini EPs / short albums and a load of quirky hit singles before the smash hit debut 1977. Albums such as “Shed”, “Garage Girl” and “Trailer” were more like teenage demo tapes (cassettes) but they made waves and eventually the Northern Irish band signed for a major record label and began releasing a load of hit singles.

“Before my eyes, beyond the stars, beneath the su–u–un” – Ash (A Life Less Ordinary). 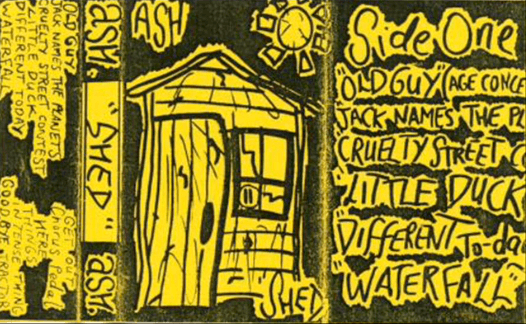 “All my honesty is true but it’s gone to waste, on a soulless superficial void called the human race” – Ash (Jesus Says).

At the time, I would read UK music magazines NME (New Musical Express) and Melody Maker, sometimes Kerrang, Mojo and Q magazine. Ash became part of a huge influx of UK-based rock bands at the time along with The Bluetones, Oasis, Manic Street Preachers, Dodgy, Elastica, Blur, Supergrass and many many more – all part of the “Britpop” dubbed era of music. It was a good time to be alive. And knowing that Ash were from just down the road from my Bangor hometown was an extra incentive to buy their records and attend their gigs – usually in the Ulster Hall, The Limelight or the King’s Hall. I watched Ash live about 7-8 times back then, in Northern Ireland, Republic of Ireland and England. 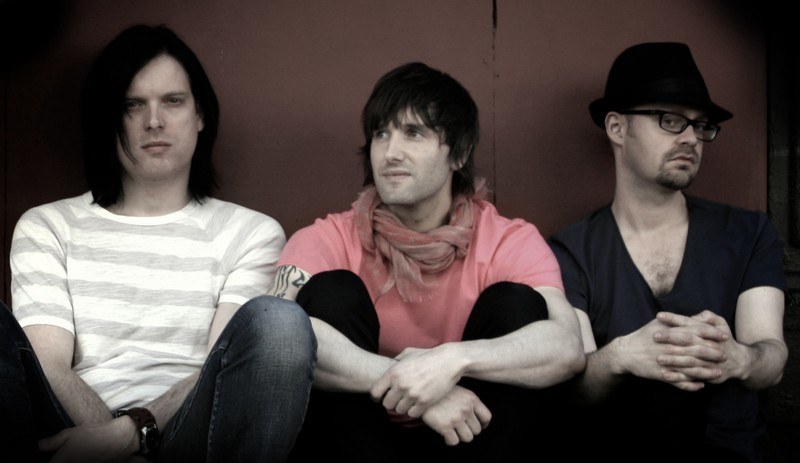 A constellation once seen, over Royal David’s city…

I also misheard one of their early singles, Girl From Mars, expecting it was called Girl From Ards (my birthtown). Later in life, I did wonder if this was a deliberate word change by the band as drummer Rick McMurray once gave a shout out to local football team Ards FC (from Newtownards) who left their stadium behind years ago to play in nearby Bangor (my hometown). That was a clip once featured on Soccer AM in the UK. Another Ash single featured singer Tim Wheeler wrapped around a Northern Ireland football scarf, at a time when I was going to every home match in Belfast to low crowds, when it was really not cool to support Northern Ireland national team. 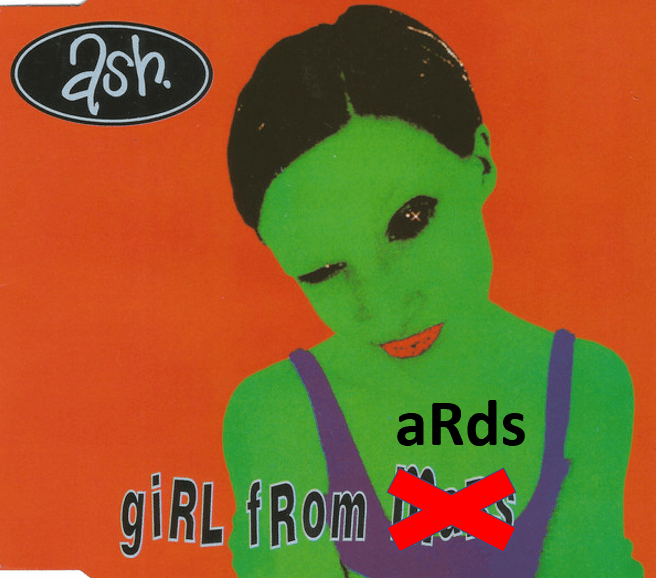 I still love you the girl from Ards!

“I dreamt about you long before we met” – Ash (Seventh Circle).

Whilst I travelled the world, living in Australia, Hong Kong and Kyrgyzstan, Ash on my iPod and stereos the world over always reminded me of being a teenager and growing up in Northern Ireland. On my first day in Hong Kong in 2011, their song “Seventh Circle” came onto my iPod on random play, sending a shiver down my spine and leading it to be the opening quote in my long awaited “first 100 countries”book Backpacking Centurion: Volume 1 – Don’t Look Back In Bangor – forever delayed but coming soon. 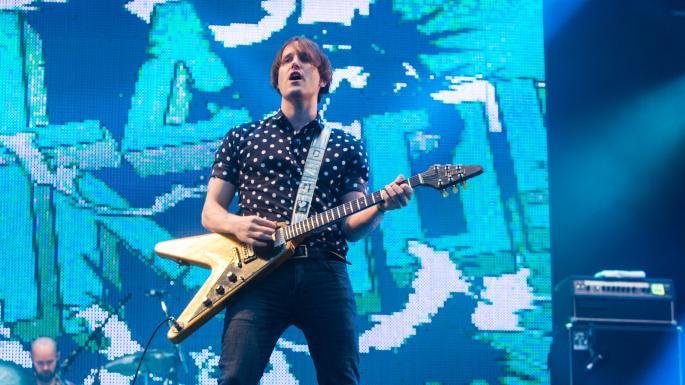 Tim Wheeler is coming to Warsaw

At an Ash gig in Southampton in 2007, myself and a few Northern Irish mates brandished a Northern Ireland football flag just a few yards from the stage. Lead singer Tim Wheeler noticed it, quickly remarked “We’re not Brazil, we’re Northern Ireland” before launching into Girl From Mars! 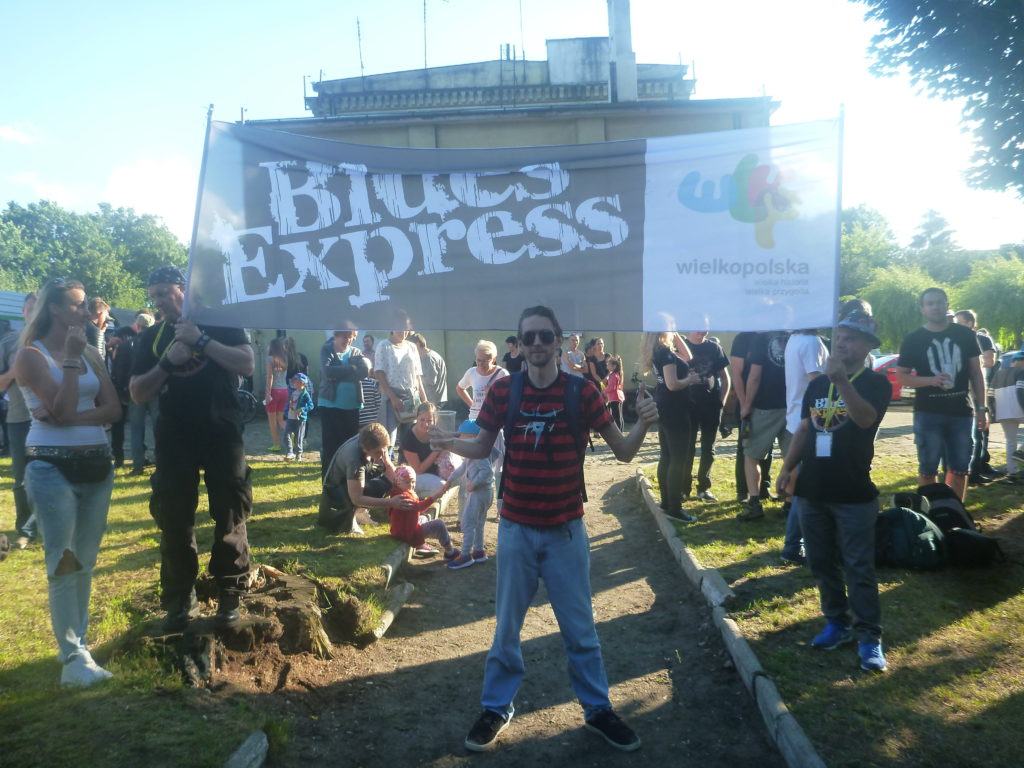 Wearing an Ash shirt to Blues Express in Poland in 2017

In 2015, I backpacked my way to Chernobyl in Ukraine, visiting Pripyat. Again, this reminded me of Ash as they have a song called Pripyat, written about the Ukrainian ghost town evacuated in the aftermath of the Chernobyl disaster. That was one of 26 singles Ash released in 2010 – they had a crazy A – Z album series where they broke the normal barriers of lazy rock’n’rollers by releasing a song every two weeks for a whole year! 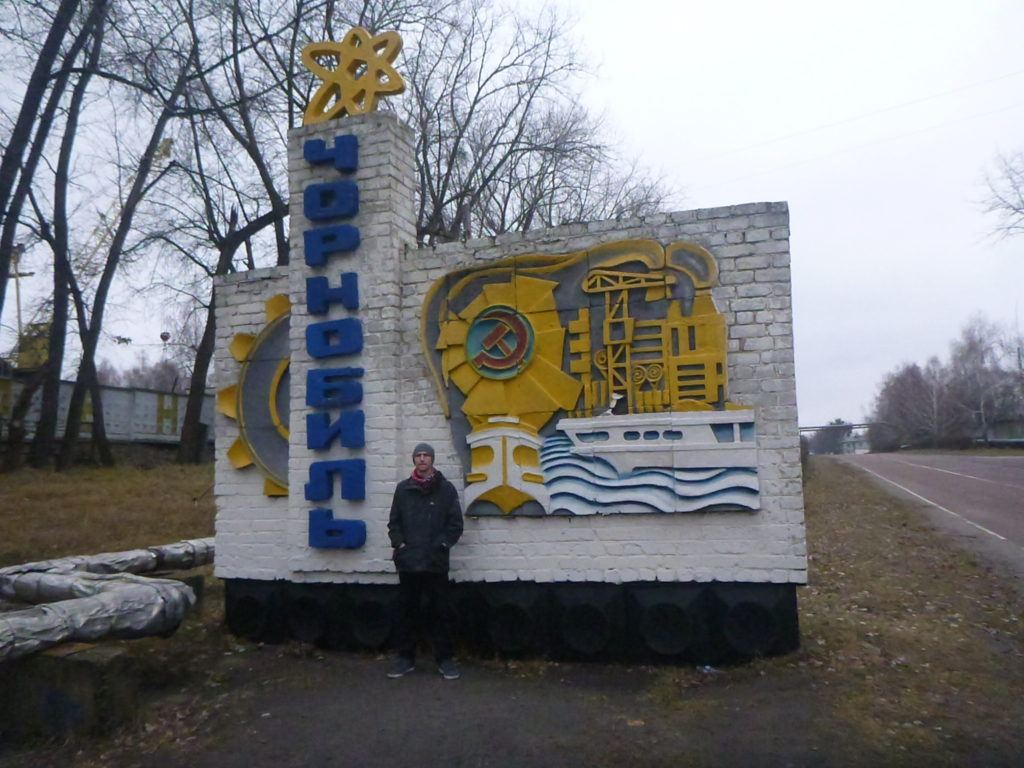 So, the point of this post is a little bit of personal reminiscing of a Northern Irish rock band I love, but more importantly they are playing in Poland for the first time ever!! Yes the band have never played in Poland before and after 25 years, they release their special Teenage Wildlife album compilation and tour Europe with it. So I have my ticket already and can’t wait to see Ash live in Poland. I recommend going to this concert immensely. They are a super band with over 10 albums, 60 singles and have toured the world from USA to Australia to Japan to Spain to Northern Ireland.

So get your tickets booked to see this excellent Northern Irish rock band Ash live in Warszawa, Poland! I cannot wait for the gig! The gig is in Hydrozagadka which is in the cool Praga Polnocna district and next to two other bars – Chmury (Cloud) and Skład Butelek (Bottle Squad). Tickets are 65 złotych (normal) or 90 złotych (collector’s ticket). I will be hoping to grab a photo and chat with the band and maybe get my ticket signed. Come join the party!

Just before that in February 2020, Ash release their 25 years best of compilation on CD and LP – Teenage Wildlife.

Ash live in Poland for the first time ever

Here are some excellent Ash videos from the back catalogue: