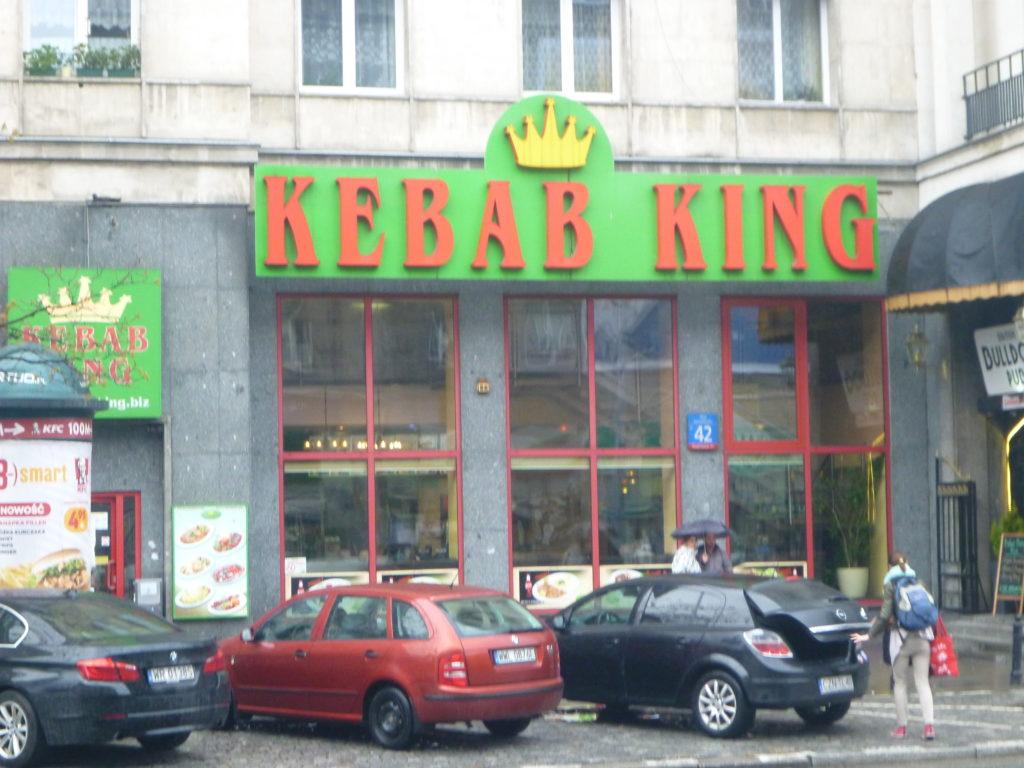 Poland is a surprisingly good country for finding tasty and meaty kebabs, and not just good kebabs, but great value kebabs packed with a range of meat and freshly sourced vegetables. With over one hundred kebab joints in the city, Warsaw has no shortage of venues to sample the famous Middle Eastern fast food speciality. To ensure you taste the finest Polish twist on the Turkish style kebab, head to any one of these highly recommended kebab joints. I often indulge in hearty kebabs in Poland, while back home in Northern Ireland I rarely ate them.

Probably the most well known kebab chain in Warsaw is Kebab King. This is not just one venue – the company has created a niche throughout the city over the past decade or so and they now serve their delicious kebabs in over 25 venues in the capital. Kebab King is popular amongst locals and tourists alike and it also has branches in Istanbul in Turkey as well as various other parts of Poland. The menu is consistent in every venue, offering a huge choice of up to twenty different kebab styles. From cheese kebabs to fitness kebabs, from vegetarian kebabs to the Turkish iskender, it’s one of the most diverse kebab chains in the city. It also has free Wi-Fi, plenty of seating and serves beer on tap (in selected venues). Some of the Kebab King venues are open 24 hours in Central Warsaw and you can grab a decent kebab from 12 złotych (£2). I go often. 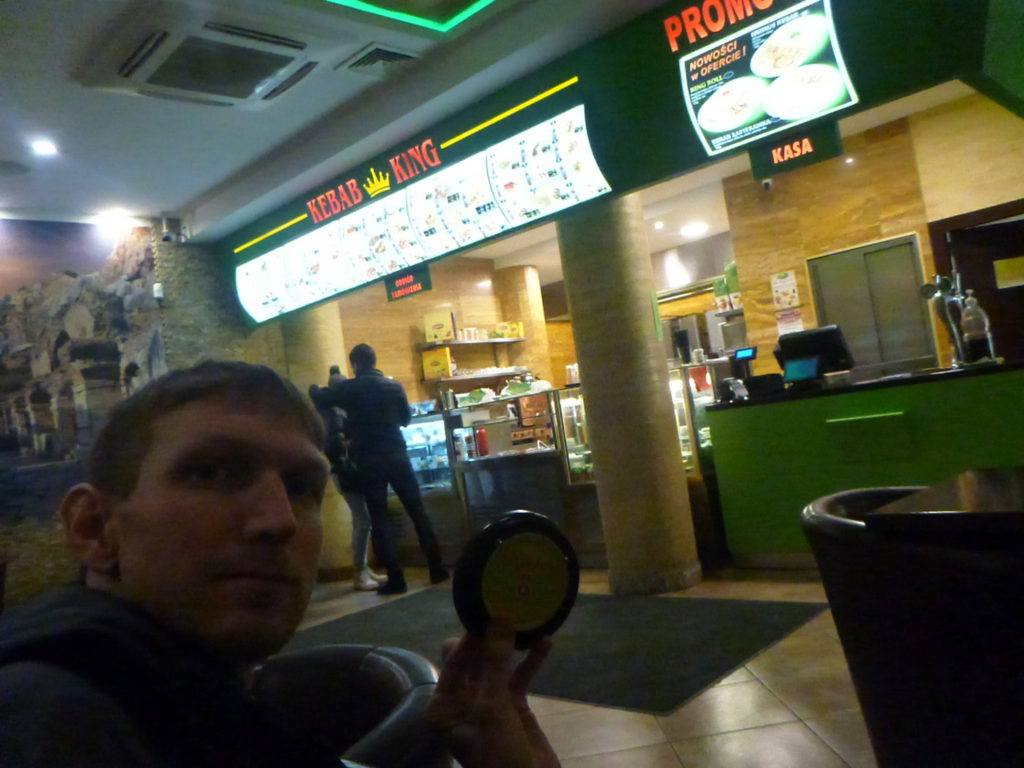 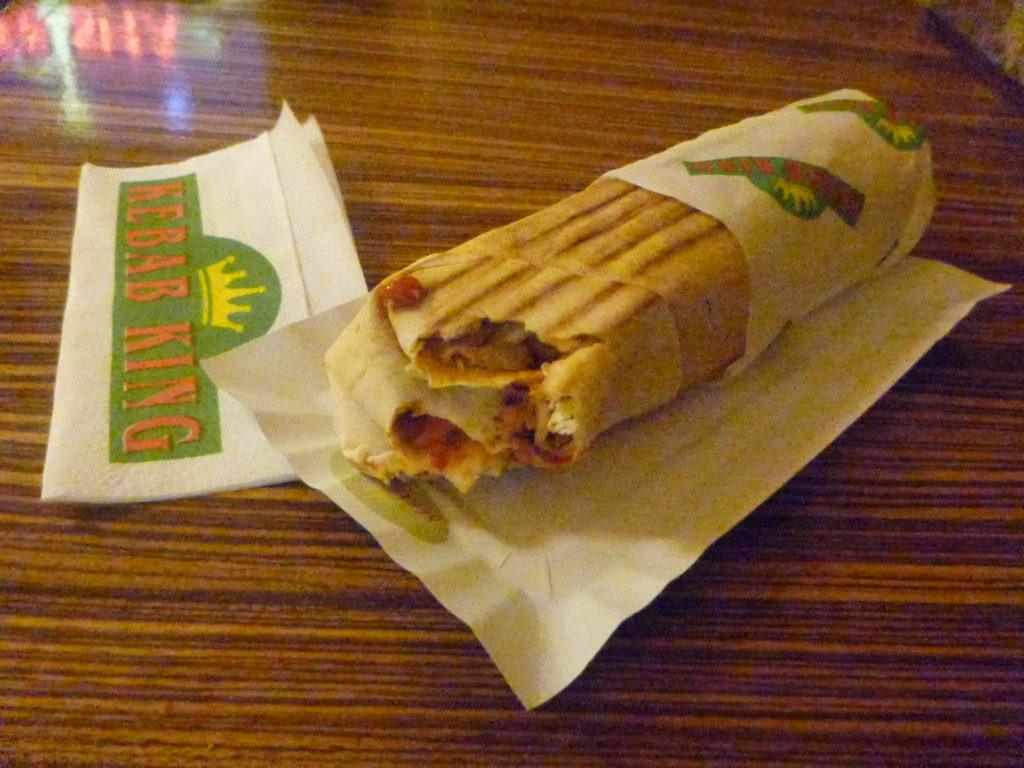 Efes Kebab on Francuska Street in the Praga district of Warsaw is commonly regarded by locals as ‘the best kebab in Warsaw’, so the only way to prove this theory is to go there yourself. Efes has both a takeaway section and a full restaurant so you can eat your kebab in the venue. Try the Iskender Sultan Kebab, which is composed of lamb and veal meat and is marinated according to an old Turkish tradition. It is roasted and cut from kebab in thin slices with a sharp knife, arranged on pieces of Turkish bread, wrapped in sultan sauce (tomato sauce with butter) with Turkish yoghurt formed into two balls. Another great option worth trying is the Adana Kebab, with Turkish bread. It includes grilled hot meat on the skewer (about 180 g) and is served with tomato, salad and your choice of extras. For those dining in, there are also salads, meal sets and authentic Turkish teas and coffees.

Ali Baba Kebab is a top-notch kebab chain which has been present on the streets of Warsaw since the 1990s.They have a number of outlets throughout the city and are recognisable for their black and orange logo. Ali Baba serve up a tasty “feta kebab” featuring Turkish style sliced meat and Greek cheese. There is also a “3 meat kebab” which includes beef, lamb and chicken all in one wrap. There are two main styles of kebab here – a rolled kebab (rolady) and the more open kebab (cienki). The most central Ali Baba is located opposite the iconic Palace of Culture and Science. The venue has outdoor seating for the warmer months.

Situated close to Dworzec Wilenski in the Praga district of Warsaw, this used to be my local joint. Byblos Kebab is a cheap and tasty place to munch some fine meat and vegetable bunged into a roll. The staff come from Iraq and Lebanon and have been serving up kebabs for generations, even before this place opened. The cheap, small kebabs start at a very reasonable 10 zlotych. The fridge is well stocked with juices, soft drinks and imported Ayran (salty yoghurt drink from the Middle East). The venue has limited seating due to the fact that most customers come here late at night for takeaways. 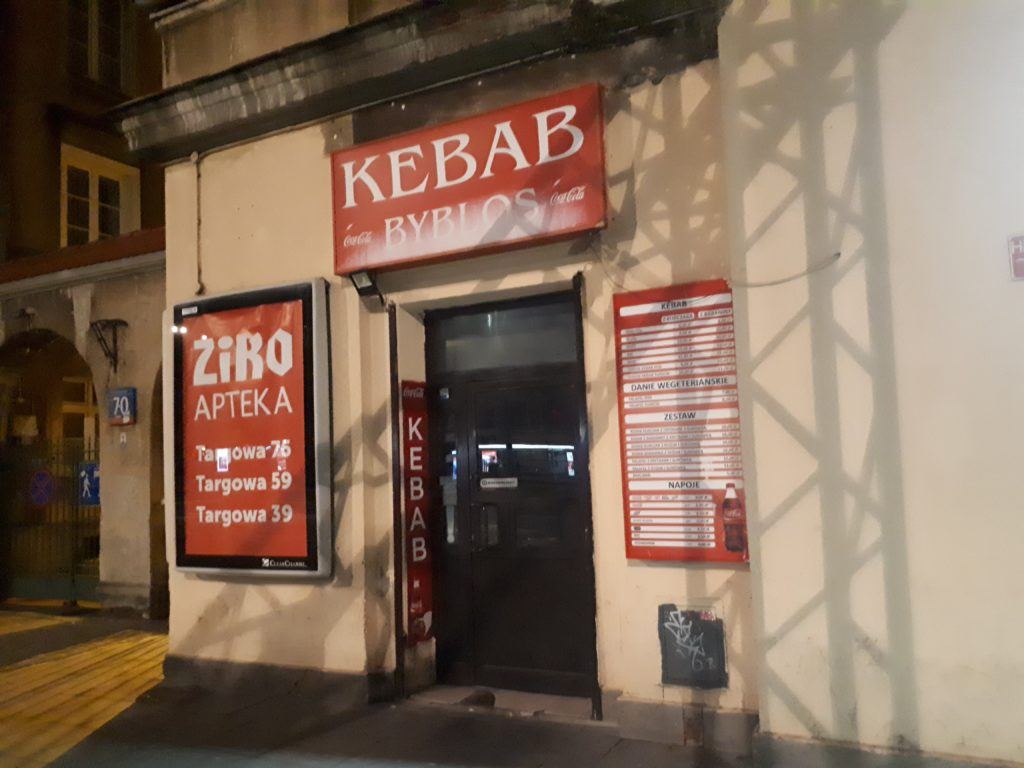 Let’s Eat Kebab is located in Warsaw’s trendy bar zone on Ząbkowska street in the Praga district of the city. It’s a small and simple kebab joint which caters for takeaway customers – though there are a few stools where you can eat. The menu reflects the lower pricing in this part of the city, as you can pick up a small Doner Kebab here for just 8 zlotych. Falafel, hummus and baklava are also on the menu, which is a great place for a fast kebab stop off while drinking in the many bars in the buildings alongside it.

For a taste of the United Arab Emirates in the university area, head to Dubai Kebab. This is a popular kebab hang out for students from the local Politeknika University and if memory serves, I think it was the first ever kebab place I tried in Warszawa (2007). Expect well priced kebabs here, where the place gets busy at lunchtimes, early evenings and late evenings when the bars spill out. There is a chicken curry kebab with mushrooms, an excellent pasta and garlic style kebab and a meaty mixed lamb and beef kebab. The menu contains meal deals featuring a kebab, chips and a drink. There is seating inside and soft drinks are available. Dubai kebab has been here for years and many locals still know it by its former name, Petra Kebab. 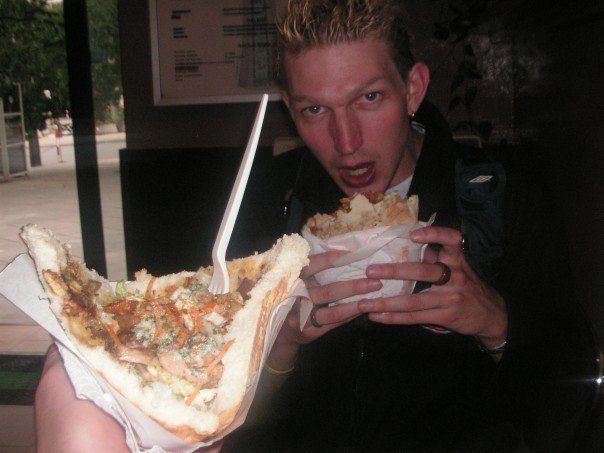 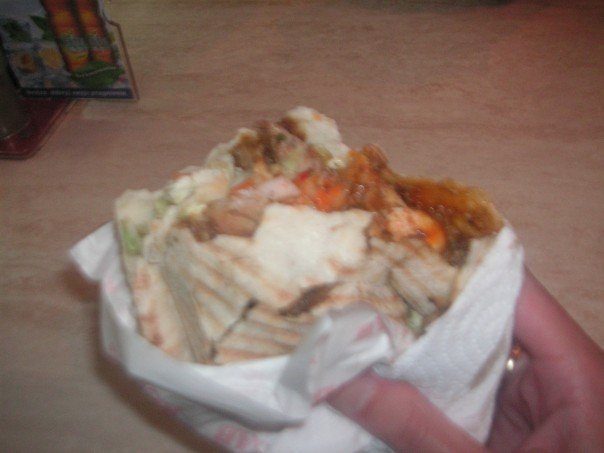 Emir Kebab is a typical Turkish kebab venue located centrally near Poniatowskiego Bridge. You have the choice to sit inside or outside or to takeaway. It gets busy on Thursday, Friday and Saturday evenings, especially in the summer due to it location near the riverside bars. The venue is unlicensed but serves up delicious kebabs, iskender, shashlik and baklava. The Adana kebab is a large dish and a popular choice and costs 30 zlotych. Turkish tea costs 4 zlotych and the freshly prepared Turkish coffee is an authentic option, costing 8 zlotych.