Another in my football series today as I reflect on a 26 year old story for Śmieszne Historie o Piłce Nożnej w Polsce! From today in Warsaw, we teleport back to Belfast in 1991! The first time I saw my country, Northern Ireland win a match while I was there was this one in February 1991 against Poland! I had watched our two previous wins at home with my Dad on TV. They were Malta 3-0 and Uruguay 1-0 in 1989 and 1990 I think. After that I started going to all the matches, and over a period of 18 years, I missed only three Northern Ireland home matches (2 v. Albania, 1 v. Lithuania). This game was my first international of 1991, and it happenned on a cold February Wednesday night. I am writing this report in 2017, but looking back this match is definitely in my top 5 Northern Ireland matches. I will never forget it and I was so happy that night as we finally won a match while I was there!! And oddly it was against Poland, where I now live!

Poland were a good side at the time, and we were playing them in a friendly before our matches v. Yugoslavia and The Faroe Islands in the Euro 1992 qualifiers. I was at the match with my Dad, Michael, Gavin and Brian and I am sure we sat downstairs in the North Stand towards the end where two of Northern Ireland’s goals were scored – The Kop end. It was a textbookly cold winter night in Belfast city and hopes were high. My previous two live matches had been a 2-0 home defeat to Yugoslavia (who had Darko Pancev and Dragan Stojkovic in their side) and a good 1-1 draw with Denmark (who boasted Peter Schmeichel and Michael Laudrup). 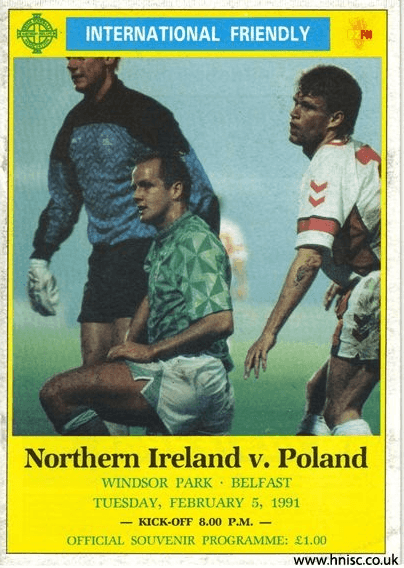 We went 1-0 down to a goal from the famous Robert Warzycha (who went on to win 47 caps and played for Everton in the Premier League) and I do remember thinking we might lose, but late in the first half, a great free kick by Colin Hill (I think) was headed home by Gerry Taggart, who at the time was playing one of his first matches.

If I remember correctly, it was also Taggart who set up Colin Clarke for his goal v. Denmark a few months earlier in our deserved 1-1 draw. Taggart rose well and we went in at 1-1 half time. Gerry Taggart was a superb player in his day and I met him once – at Aldergrove Airport in August 1997. 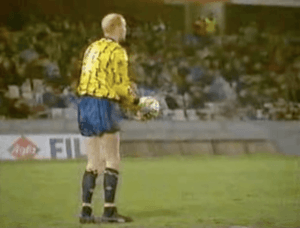 It was a wet night and I thought the place was packed as a 10 year old, it was a big game. Looking back at it on video, Windsor Park is actually very empty looking that night, it was in those days, it was always like that. Back then, going to a Northern Ireland match was a big event for me in my life. In those days I think I enjoyed it more really than the huge stadium we have now and the buzz around the team the last few years! 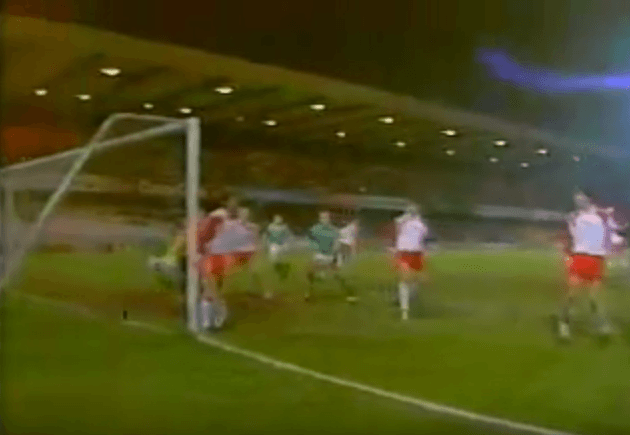 I am in the North Stand there somewhere

However the singing has improved a lot!! Back in 1991, we chanted “Northern Ireland du du du du du” and our team grew strong in the second half. Either Steve Morrow or Robbie Dennison went down in the box and it was left to Jim Magilton to put the penalty away. He calmly stroked it home on his debut and on his first ever squad appearance following success at Oxford United (where he played at White Hart Lane v. Tottenham Hotspur in the FA Cup a few weeks before). Magilton was happy as larry and it showed. 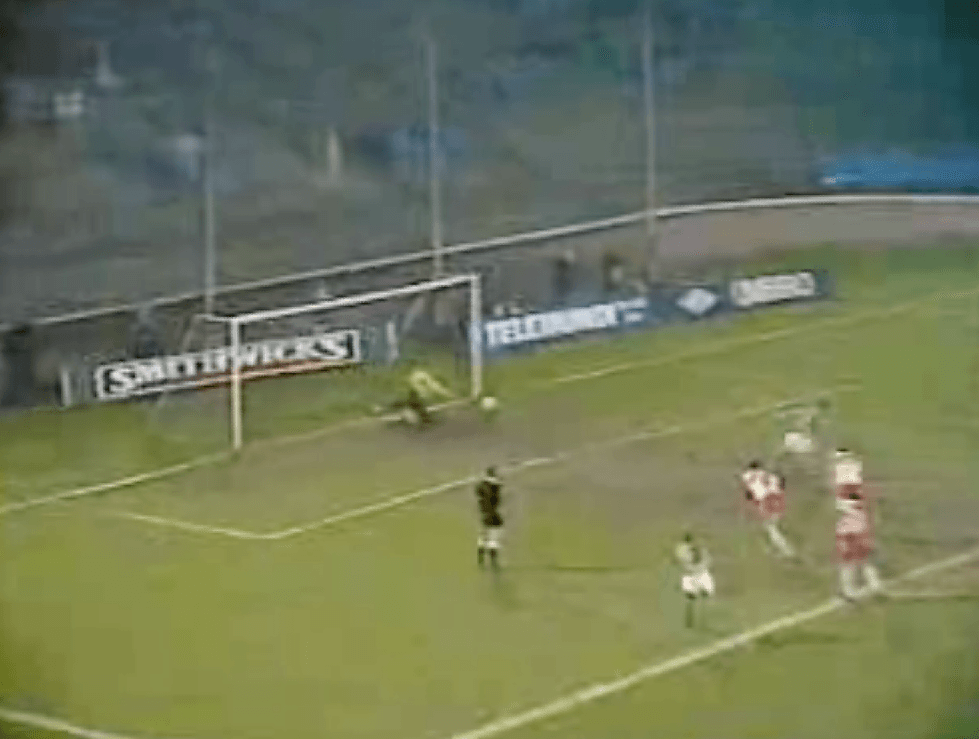 Taggart then found himself on the end of a corner from Dennison to tap the ball home at the far post for our third goal to which he did a silly celebration. This prompted commentator Jackie Fullerton to screech “Oh he can’t believe it can he?” 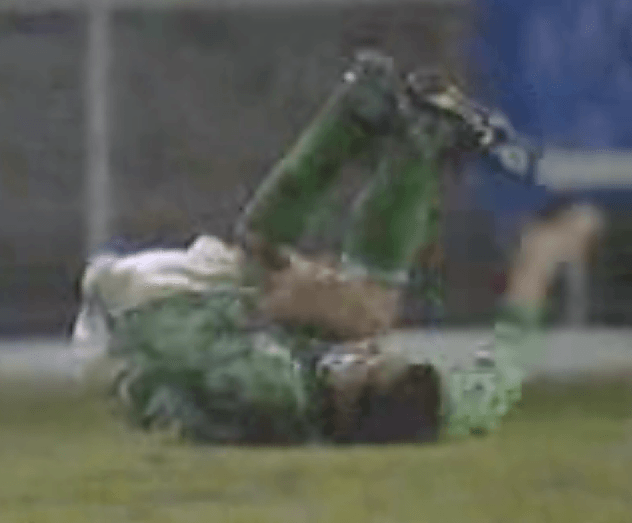 Oh he can’t believe it can he?!

It was a great night at Windsor Park and one which will live with me forever because for the first time I had seen us win! Since that night, I have probably seen about 30 – 40 Northern Ireland victories, watching the team play home over 100 times and away more than 20 times.

Short highights of the match (minus Robert Warzycha’s goal) are now on You Tube thanks to a mate of mine called Davey:
http://www.youtube.com/watch?v=Bgq4QRGel9k

I also have it on an old VHS video somewhere including an interview with debutant Jim Magilton. In those days I never took any photos, so I have some stills of the game on this post for you, including one of goalkeeper Paul Kee who let in Robert Warzycha’s weak shot in the first half. I’m in that photo somewhere, but it’s all a blur.