Welcome to the latest in my series of Dlaczego Kochamy Polskę (Why we love Poland) where I interview people (both Polish and non-Polish) who have a love for Poland, and normally work here, blog about it or share photos from Poland. The latest lady to feature is fab travel blogger Ania who runs the site Travel Bred, and I stress lady as there are not as many guys featuring in this series! Come on guys, if you love Poland, get in touch with me! Now, it’s over to the lovely Ania…who is an inspiration and a fellow backpacking centurion, having also visited over 100 countries! 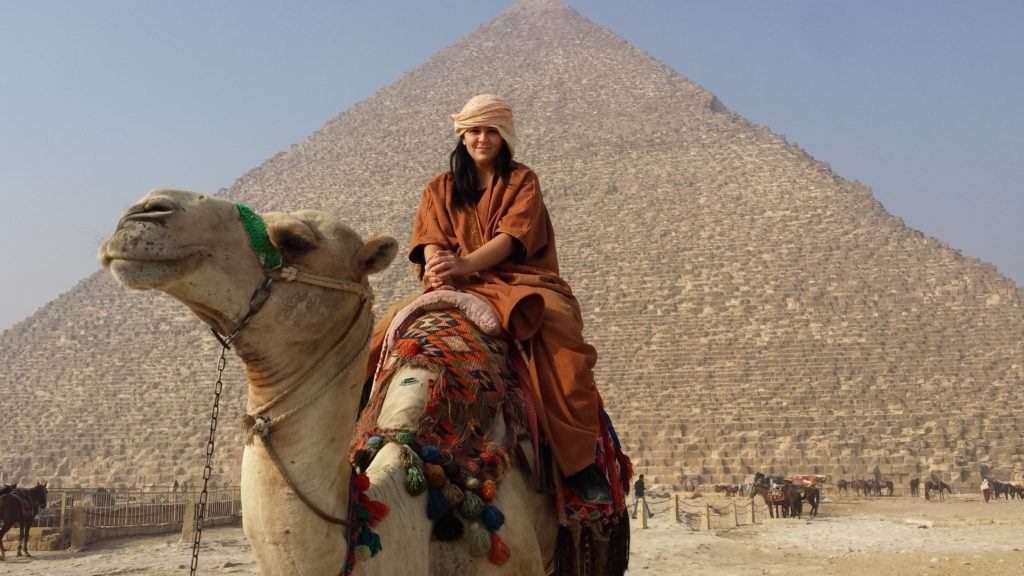 Dlaczego Kochamy Polskę: Ania From Travel Bred in Egypt in 2014

I was born in Warsaw, Poland and spent the first four years of my life in Raszyn—a village located approximately a half-hour drive away from Warsaw.

Where in Poland did you live?

After entering this world, my family and I lived in Raszyn until we immigrated to the United States of America. Since I was just a child, I do not remember actually living in Raszyn, but I had the opportunity to return twice since moving.

In order to answer this question, I actually had to ask my mother. When I was younger, my parents would often reminisce about their earlier years and my childhood. They shared their memories of me in the airplane bassinet seat on one of my first flights. I was just one year old when I first traveled abroad. According to my mom, my first trip was to the United States of America to visit my grandmother, who, at the time, had just immigrated to the states. I basically grew up traveling. Having a baby did not stop my parents from traveling. By the time I was two years old, I had traveled as far as Mexico and as close as Denmark. Although I do not remember visiting any of these places as a baby, my parents made sure to document our adventures in videos and photographs. After my brother was born, my parents decided to immigrate to the states. As immigrants, my parents had to work extra hard to make ends meet. We lived a very frugal life. Yet, no matter the financial situation, my parents always made sure to set aside money for traveling. They incorporated travel into my life in any way they could—family vacations, sleepaway camps, study abroad programs. By my teens, I wanted to see it all. But, at the same time, school and eventually work took over. It was not until 2015 that I was reminded of the dreams I let fade. This is when the idea of visiting every country in the world was implanted in my head. Shortly after, I reclaimed my dreams and have been traveling ever since. Well, anytime I can, that is. 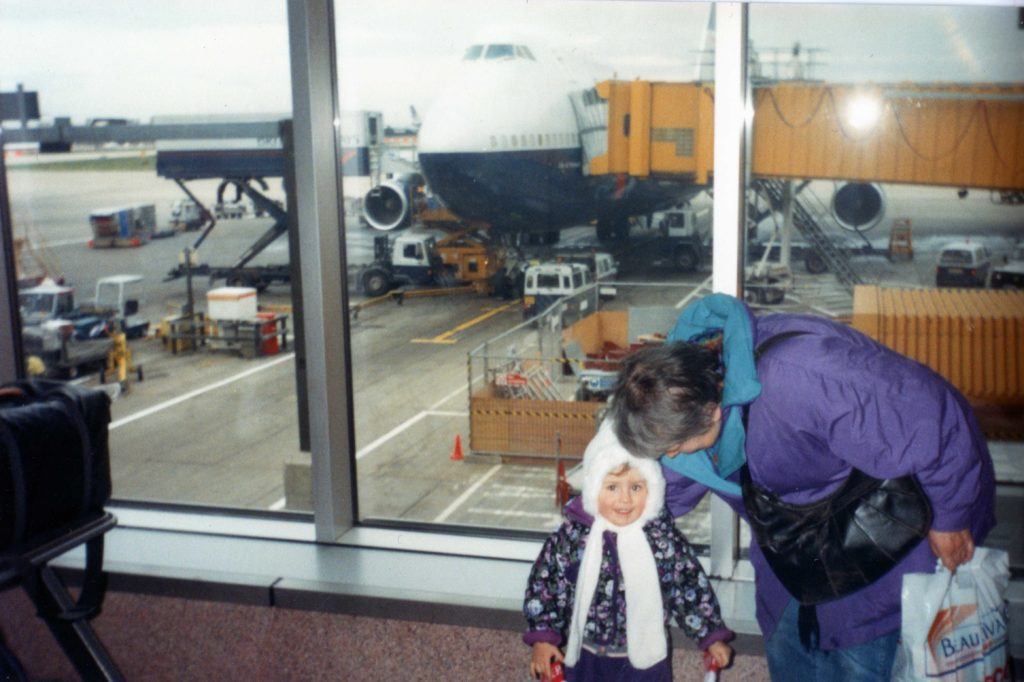 My favourite city in Poland is Warsaw. Warsaw is where my story began. My birthplace. My roots. My heritage. Although the city was largely destroyed during World War II, the Old Town was rebuilt to its previous style just a few years later. The Historic Centre of Warsaw was eventually put on the UNESCO World Heritage List. It is such a beautiful city with so much history. I love the contrast—pre-war Warsaw surrounded by the modern skyscrapers of downtown Warsaw. The city has so much to offer, from the Market Square and the Royal Castle at the entrance of Old Town to the restaurants and bars of downtown. Warsaw is the total package.

My favourite town in Poland is definitely Zakopane. I have always preferred natural landscapes over man-made ones. I particularly love the mountains. There is just something about that environment that fills my soul. Situated at the foothills of the Tatra Mountains, the charming resort town of Zakopane has a lot to offer—from a breathtaking backdrop to year-round activities. The town itself showcases the region’s distinct art style, “Zakopane Style”. The wooden chalets that line the streets of the town sure are memorable. 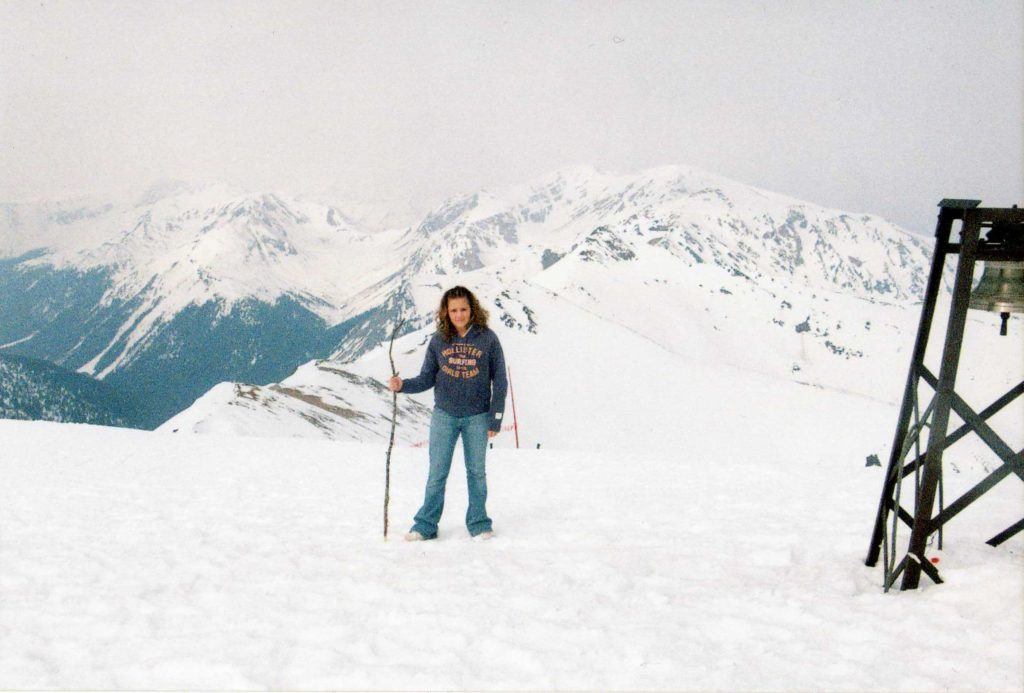 Dlaczego Kochamy Polskę: Ania From Travel Bred in Zakopane in 2005 – “Zakopane 2005” – This is a picture from “my favourite town” in Poland.

I am not sure that I have a favourite village in Poland. My parents grew up in Warsaw and Raszyn, respectively. While Warsaw is a city, the village of Raszyn does not really have much to offer. My grandmother on my father’s side grew up in the village of Rogawka. But, I also do not remember visiting this village located near the border of Poland and Belarus. When I returned to Poland to visit, I passed through many villages all around the country, however, I do not recall any of them standing out to me.

Given the location of the Tatra Mountains, I would have to say my favourite province in Poland is the Małopolska Province (Lesser Poland). Again, the sheer beauty of this area places the province above the rest. One of my earliest memories is actually from this region. I remember playing outside as a toddler and running around with some sort of red berries in my hands. I have no idea why this one distant memory has stuck around for all of these years, but it has! 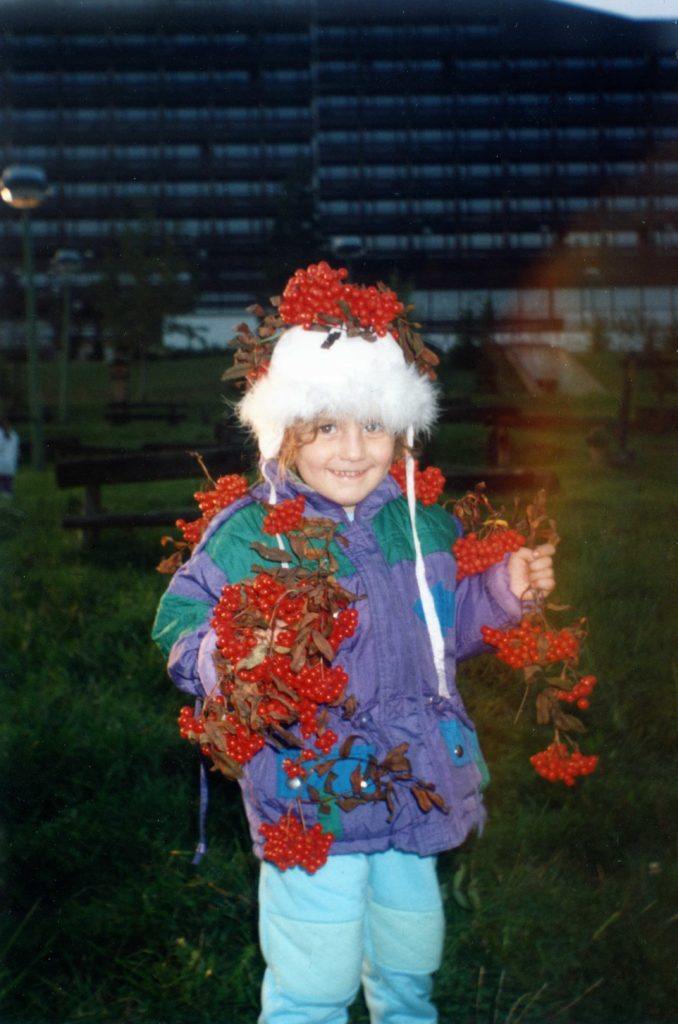 “Małopolska Province 1990s” – This is a picture from my earliest memory, taken in “my favourite province” in Poland.

Nalewka! Specifically, sour cherry or blackcurrant nalewka is my favourite Polish drink. I grew up with nalewka at every family gathering. Not too long ago, my grandmother finally taught me how to make this traditional liqueur. Even in the states, it is not a Polish celebration unless there is nalewka.

Here in the states, most people stereotype us Polish people and assume that we all like the “typical” Polish foods like pierogi and gołabki. Not me though! My favourite Polish food is biały barszcz (white borscht). Random, right? Traditionally, this is a classic Polish dish eaten on Easter Sunday. I disagree—biały barszcz is good any time of the year. I cannot explain why it is my favourite, it just is! 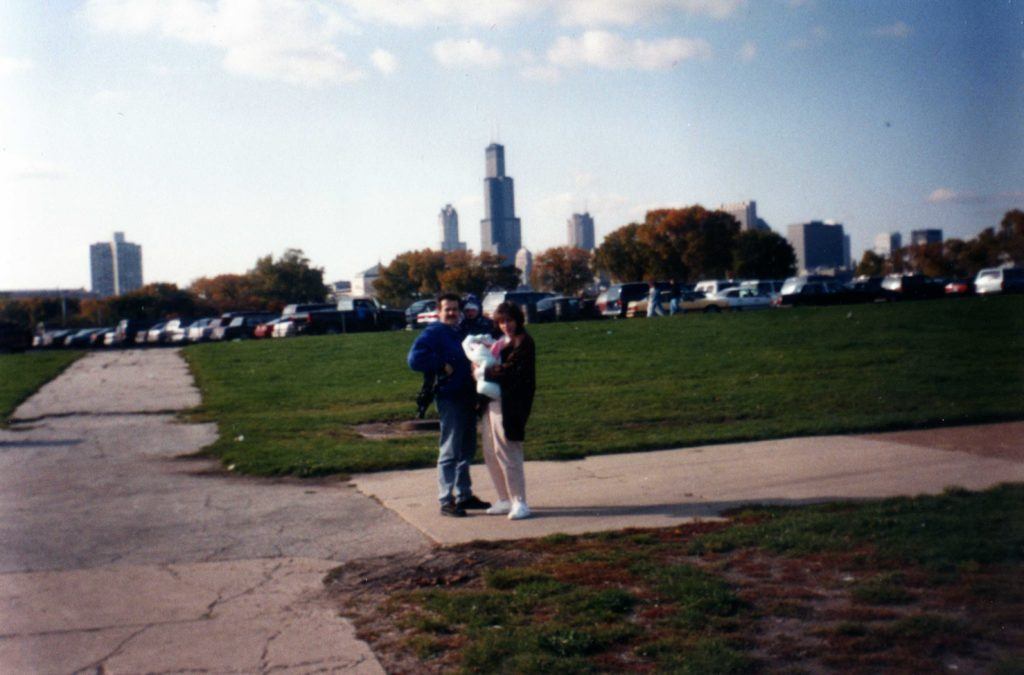 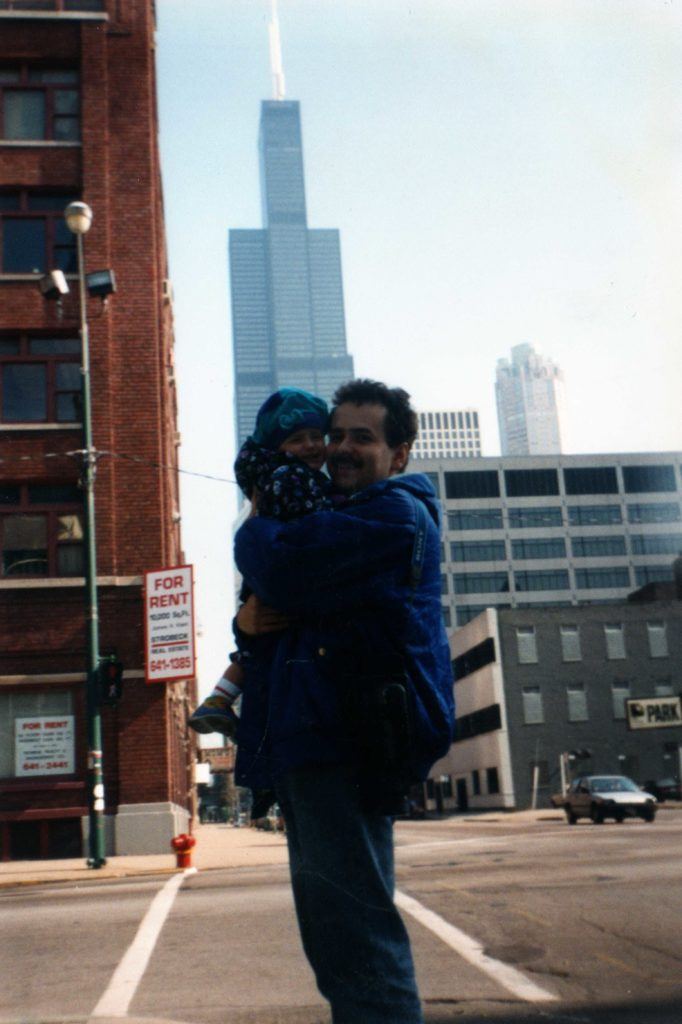 While not necessarily about Poland itself, Chicago bills itself as the largest Polish city outside of Poland. Note: In this claim, “Chicago” really means the entire Chicago metropolitan area. A quick Internet search will show you that nearly one-third of all Polish immigrants in the United States of America live in the Chicago area. That is pretty significant. So much so, my grandmother never learned to speak English because she was able to get around only speaking Polish in and around Chicago. Here, we have everything from Polish neighborhoods to Polish churches, stores, and restaurants. Additionally, bilingual Polish speakers are found absolutely everywhere—in banks, insurance offices, car dealerships, and anywhere else that comes to mind. 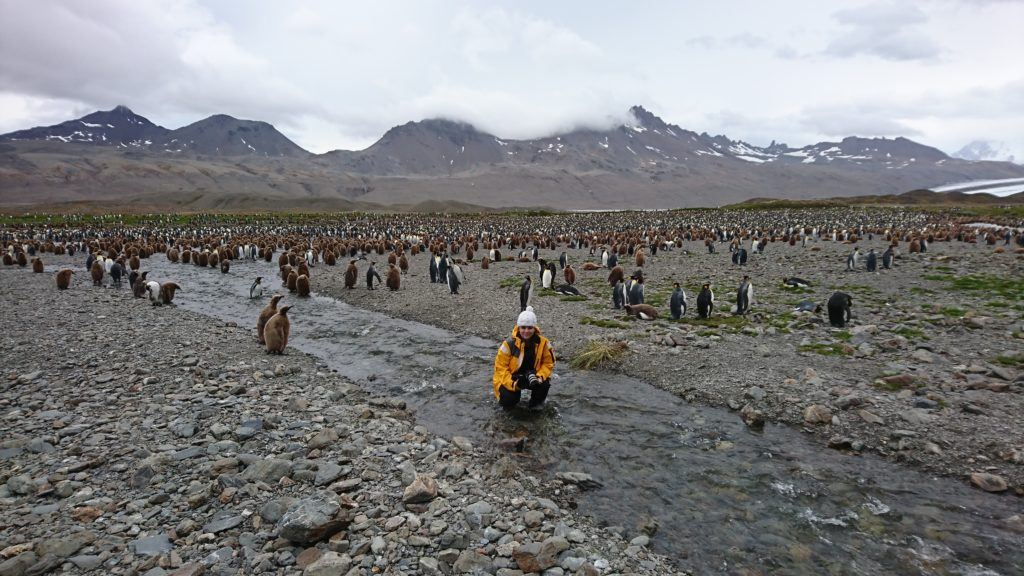 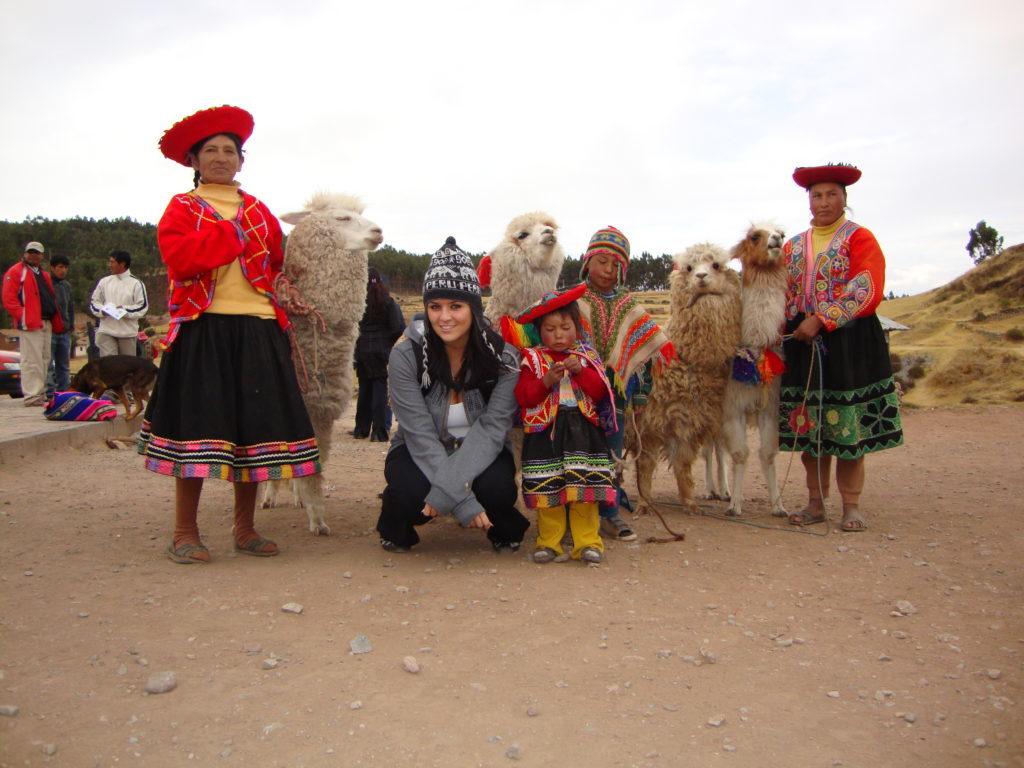 I currently live in Chicago, Illinois, U.S.A. Out of all the cities that I have visited in the states, Chicago is definitely my favorite. Within the states, I cannot see myself living anywhere else. But, if I could, I would pick up and move to Cape Town, South Africa in a heartbeat. South Africa has been my favorite country and Cape Town has been my favorite city since 2011. I cannot get over the country’s beauty and all that it has to offer. 100+ countries into my journey around the world, I still want to move to Cape Town. The only other place that I could see myself living in is Barcelona, Spain. There is just something special about this city and the energy it radiates.

And here are the links to follow Ania’s cool story

Social media: https://www.instagram.com/travelbred/
Thank you and Dziękuję bardzo to Ania for being the latest in my series of Those Who Love Poland! If you love Poland and run a blog or are a travel writer, please get in touch, you can be featured, either e-mail jonny (at) northernirishmaninpoland (dot) com or head to my contacts or work page and get connected! You can also subscribe to Northern Irishman in Poland by filling in the form below! Safe travels!
Follow and like Northern Irishman in Poland: