“Wow, congratulations on your article, I am proud of you!” – Karolina Kokosz.

Before I renamed myself and started this new life as Northern Irishman in Poland, there was a sad period of time where depression kicked in and I got a bit public about it. During that time, in August 2016, I announced that my backpacking journey around the world had finally come to an end, at least for now. But there were some saving graces, some positives to cling to, as my life fell apart, destroyed by liars and interferers. One such was my first official Polish newspaper feature, which came as a delight and a surprise as I sled down a landslide in my mind. 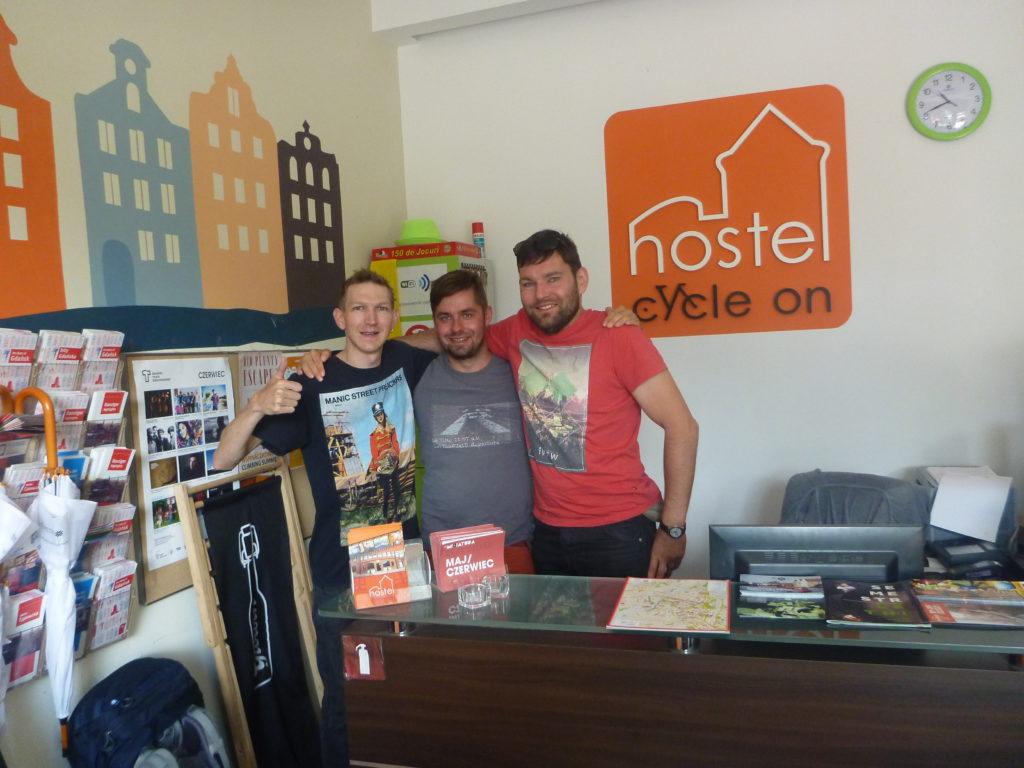 I had been on the road for too long, 10 years since this travel blog started and I travelled full time for about 7 of the last 14 years, statistics don’t lie, I really backpacked for that long, something like 136 countries/disputed regions and over 800 towns and cities. On the way, I toyed with living in Hong Kong, Bournemouth, Bishkek and even Parramatta. But I just didn’t find a place to settle or stop. 2015 was a topsy turvy year for me. I split up with my Hong Kongese girlfriend Panny after 5 years, I tried to find a home in Bishkek, Kyrgyzstan. I finally gave up my jinx and visited India in 2016. Then a few more disputed countries and regions followed. I toured Karakalpakstan, Gorno Badakhshan, Afghanistan and the Kingdom of Lovely before arriving in France to watch Northern Ireland at the Euros. Poland and Gdansk found themselves obviously on my next passport stamp… 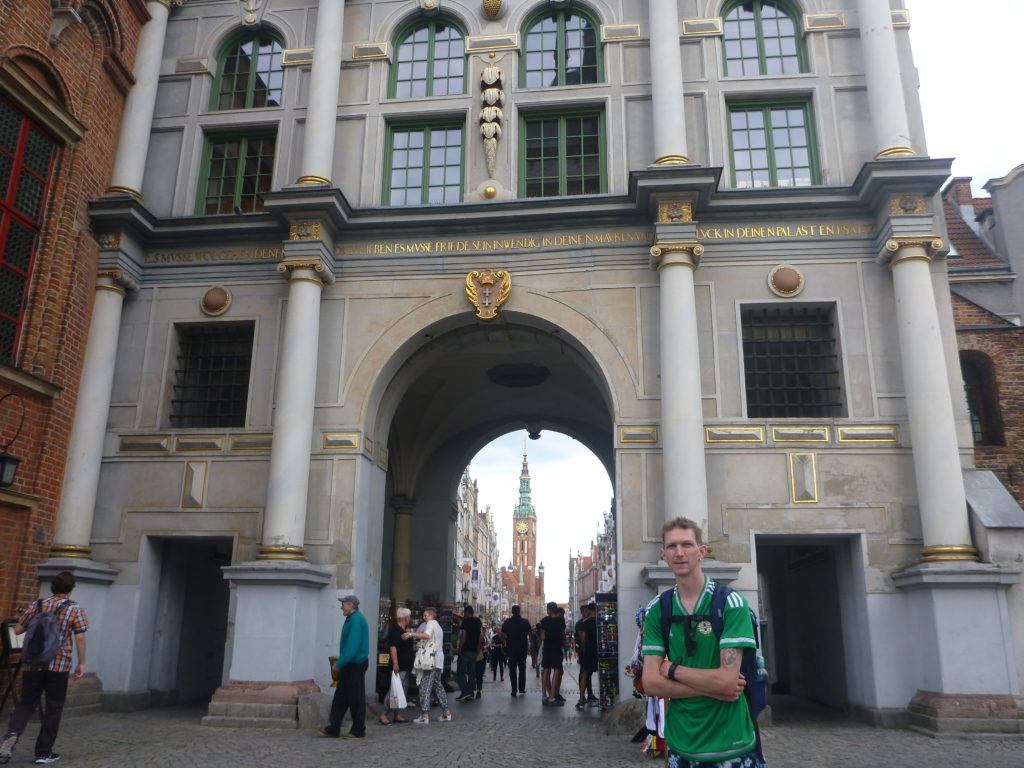 In July 2016, I came here to Gdańsk, Poland to meet some friends and get a visa for Kaliningrad, and then I was supposed to move back to Bishkek on 13th July. That was the plan. Bishkek never happened. The visa was delayed (I eventually got it in August), and I loved this city, so I stayed in Gdańsk because I loved it so much. I started to learn Polish and took side trips to lots of towns, one of these side trips was hugely memorable, later made special by this newspaper feature. 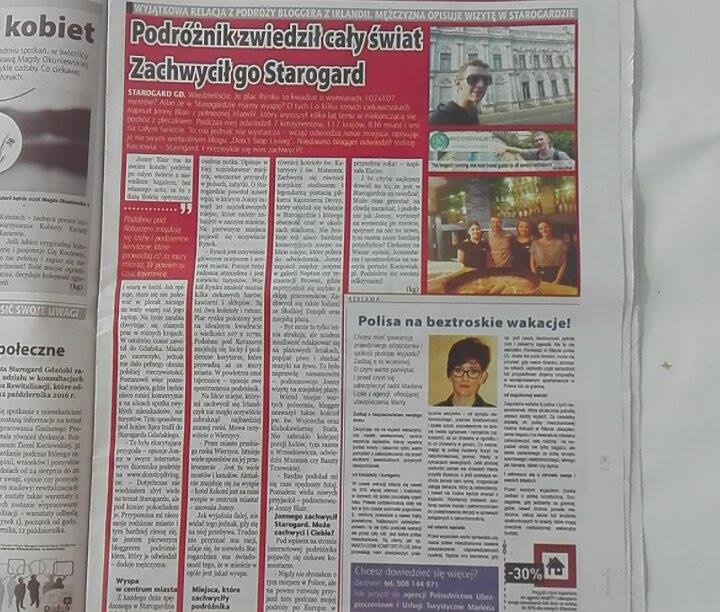 By late July, as I began to tire of this lifestyle, but there were cool off the ball performances towards the tail end. I visited the place where World War II began, I visited Holy Pelplin and toured Tczew, where actually World War 2 really began. And so in July, I ended up in the unknown town of Starogard Gdański, I enjoyed sampling the culture and ways of this unusual town. Don’t forget – my “normal travels” took me to places you’ve NEVER heard of like: – Nukus , – Balkh, – Adammia, – Ladonia, – Podjistan so somehow, Starogard Gdański was exactly what I needed before hanging up my backpack. 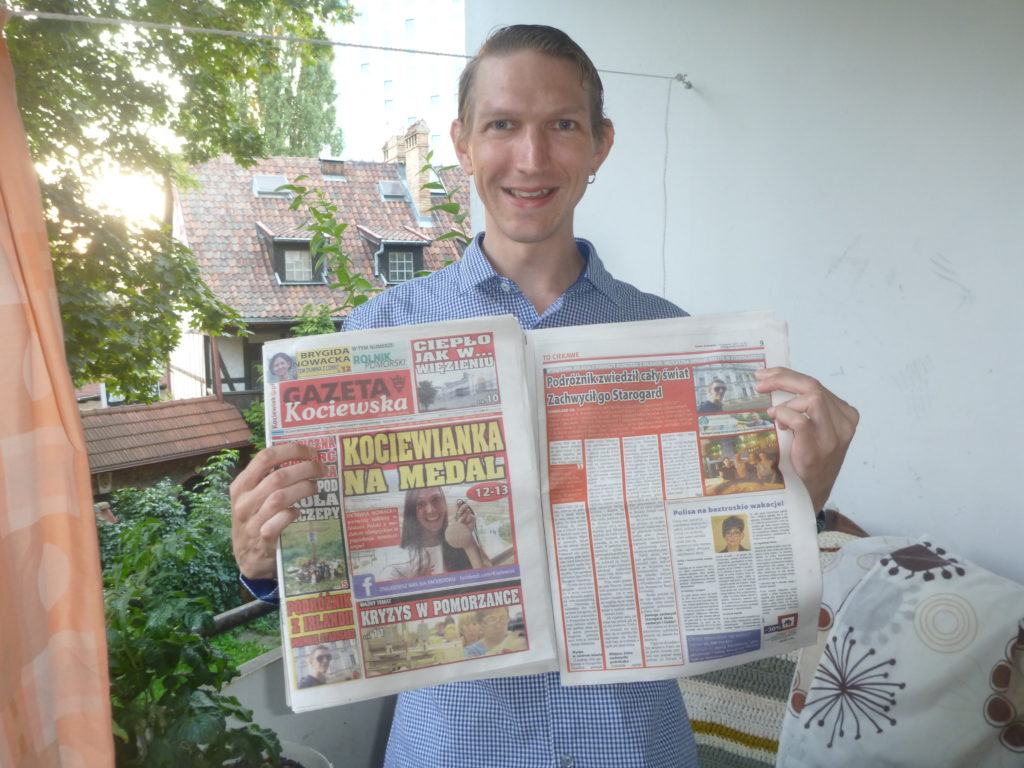 So, after my trip to Starogard Gdański, I ended up somehow on the front page of the regional newspaper for a week – the Gazeta Kociewska. Inside I had a full page feature on my trip to the town, on page 9. Probably the craziest aspect for me was that I was on the front page next to an Olympic Medal Winner, the lovely Oktawia Nowacka! This meant more to me than my The Sun, the Belfast Telegraph or the BBC features! I had made front page of a local newspaper in a cool town, off the wall and twinned with Limerick! 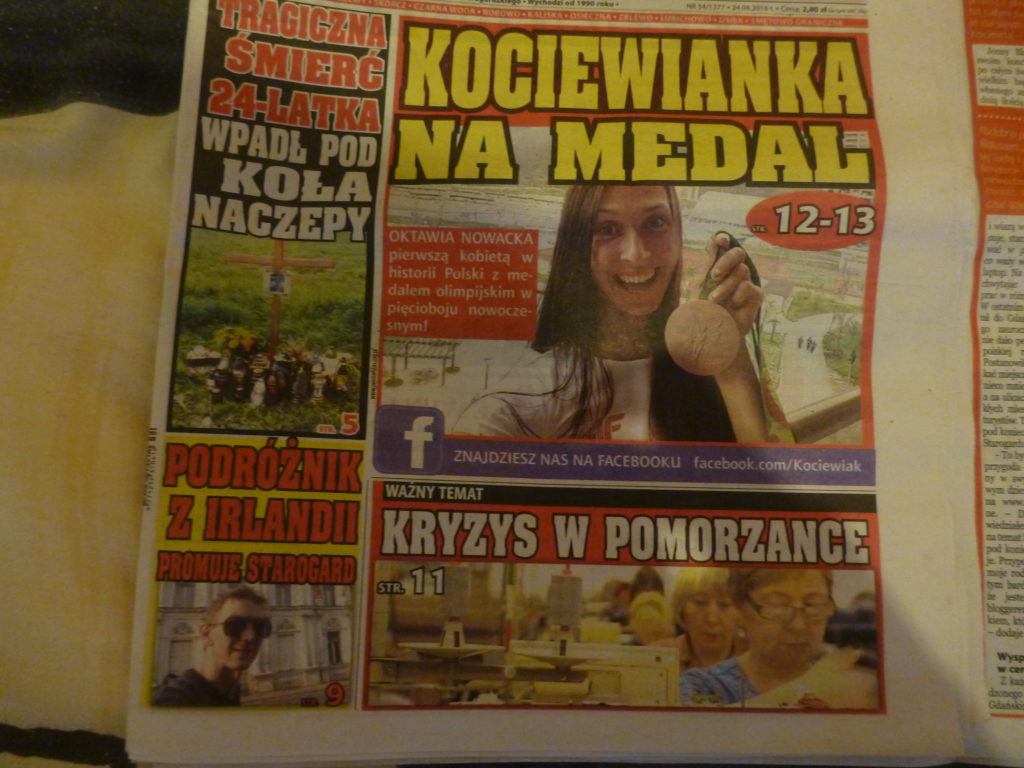 So as selfish as it sounds, I wanted to share this article with you all in English on my blog. For the Polish version, the online version is here and the full version was available in the physical newspaper. Here is a rough translation into English, I have done my best. With Paulina, Ola and Marta at Browar Pub in Starogard Gdański, Poland

Did you know that the Market Square is a square with dimensions of 107×107 meters? Or that we have an island in Starogard? Jonny Blair from Northern Ireland, wrote about these and several other curiosities. Jonny left his town a few years ago on an endless journey with a backpack. During this time, he visited 7 continents, 117 countries, 836 towns and villages around the world. It is, however, not enough for him – ever visited new places, describing them on his virtual blog “Do not Stop Living”. Blogger recently visited the capital Kociewie – Starogard. And it extremely impressed! 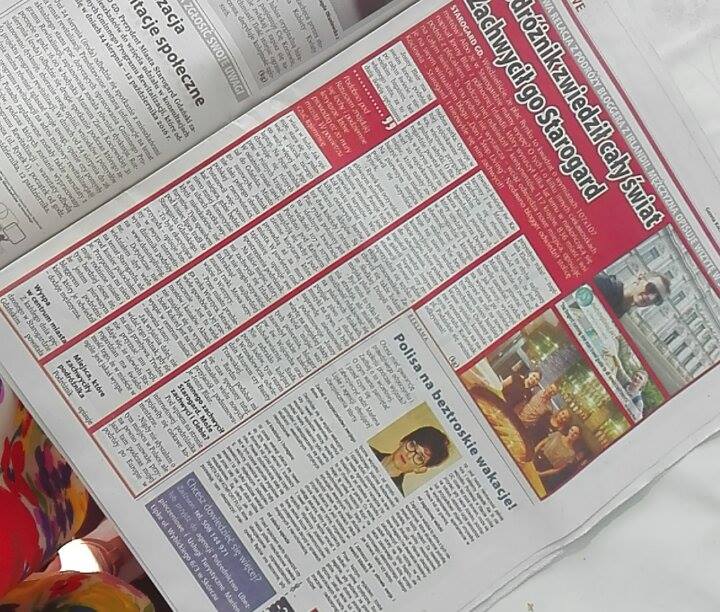 Jonny Blair has backpacked around the world with little luggage, without his own car, but with plenty of optimism and faith in people. As he describes, trying not to pack in his backpack anything that weighs more than his laptop. He spent much of his travel life grabbing different jobs in different countries. Recently he arrived to Gdansk.The city enchanted him, but could not complete his image of Polish reality or culture. So he decided to find a place where it will be somewhat less commercial, more off the wall and on the streets he could meet ordinary residents, not just tourists. So because of this, at the end of July, Jonny came to Starogard. 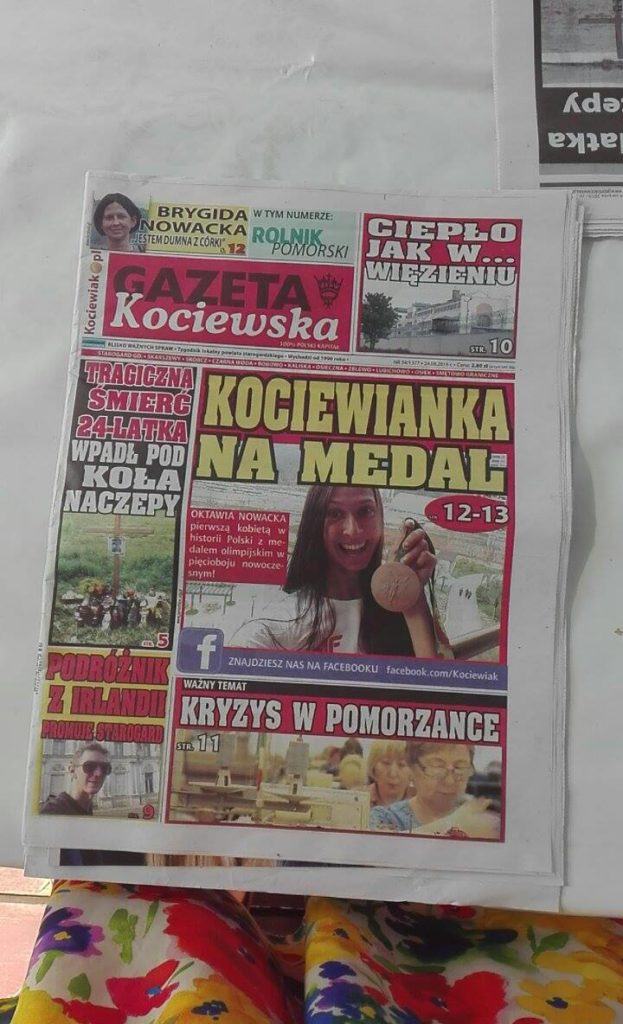 “It was an exciting adventure”, Jonny describes in his online journal travel http://dontstopliving.net, “Beforehand, I did not know too much about Starogard, but in the end I loved it.It reminds me a little of my home town (Bangor in Northern Ireland), and the more I am glad that I am the first travel blogger who visited and wrote about this town” – adds the man. 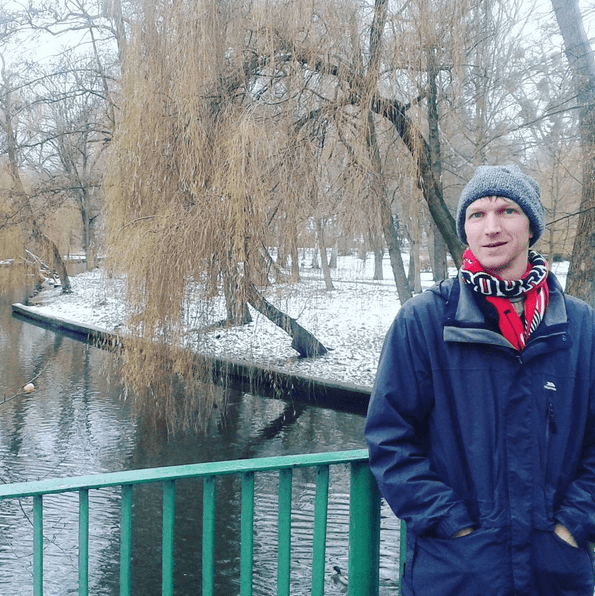 Island in the city center
With each day spent in Starogard Gdanski, Jonny established separate notes. He describes the most interesting places, evening adventures in pubs, attractions, peculiarities. About Starogard Jonny even wrote a detailed article, in which he concluded the 20 most interesting places to be seen in our city. First appeared the market square, the Rynek, of course.
– The market is of course the main place and the heart of the city. There is here a joyful atmosphere and a few tourists. Around the market you can find some interesting bars, cafes and shops. There are also two churches and the town hall. Market Square is located on a perfect square of size 107 x 107m. Apparently the town hall has dungeons and underground passages that lead up to the city walls. In the air, feel the mystery – describes this observative traveller. In the list of places that impressed the Irishman could not miss, of course, the most famous river. Speech, of course Wierzyca.- A river runs through the town – Wierzyca. There are many ways for it to be exceeded. There are many bridges and canals. Currently I am sleeping on the island – the hotel here is on a mini island in the city center!- Jonny notes. As explained further, you can not see this island, however, a hotel and football ground reside on it. It is hard not to admit he was right, it seems that few Starogardzians are aware that in their city, there is an island. 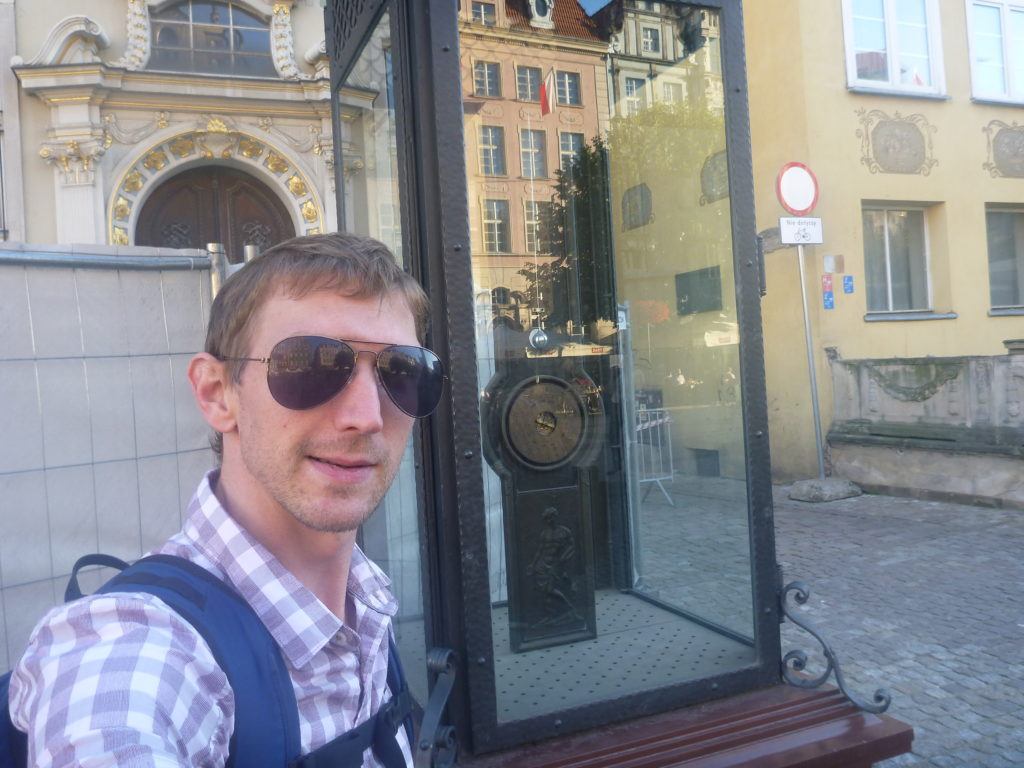 Places that delighted the Traveller:
– The traveller also describes St. Matthews and St. Katherine’s Church.
– Marvel at The Rowniezmiejskim stadium and legendary figure footballer Kazimierz Deyna, who was born in Starogard and whose presence and popularity is felt in and around the stadium.
– There are also some more commercial places that Jonny recommends to visit. Jonny has established himself among others in the Galeria Neptun or the Restauracja Browar, where he became friends quickly with a team of employees. He was also impressed by the ice cream from Sweet’s Hollow in the town. 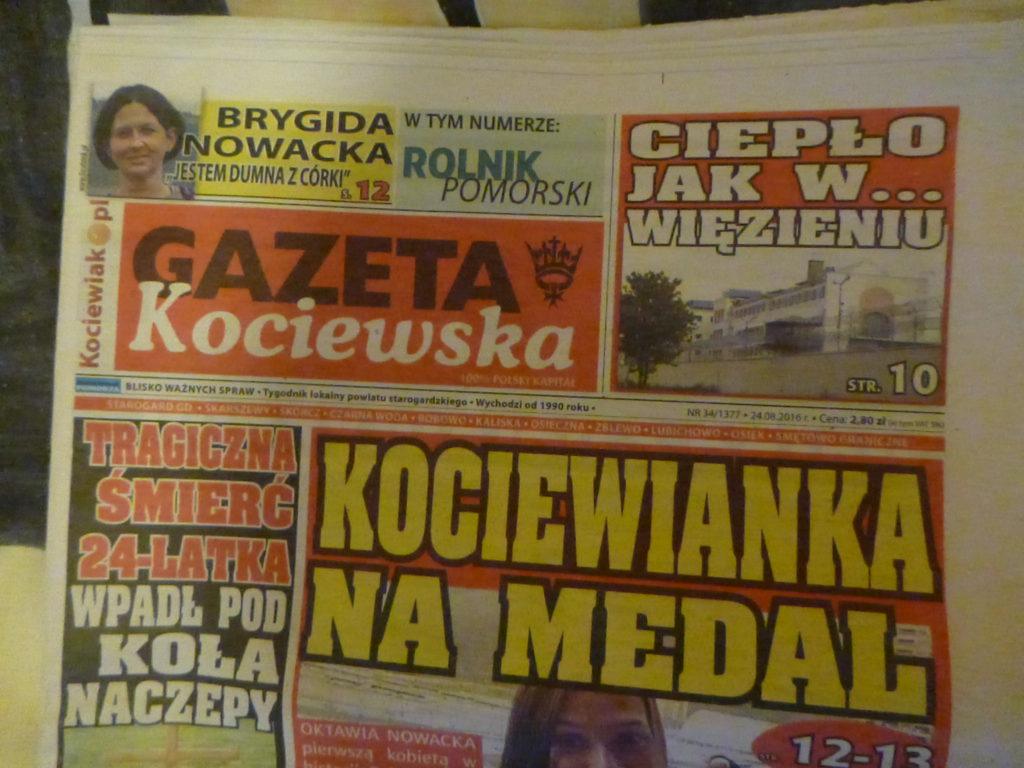 – Maybe it’s just a summer attraction, but Jonny had the opportunity to relax in the sun loungers on the beach, drink beer and listen to live music in the Rynek. It was really amazing.
– Jonny concludes “a visit to the city beach”.
– The famous commanding knowledgeable blogger also noted about his visit to St. Wojciech’s Church and the Klubokawiarnia Szafa (Wardrobe Cafe).
– Do not run out of another portion of ice cream, this time at the ice cream shop Wrzoskiewicz, and visit the Museum Towers of Tczew.
– “I really enjoyed my time here . I have made many new friends” – concludes Jonny Blair. 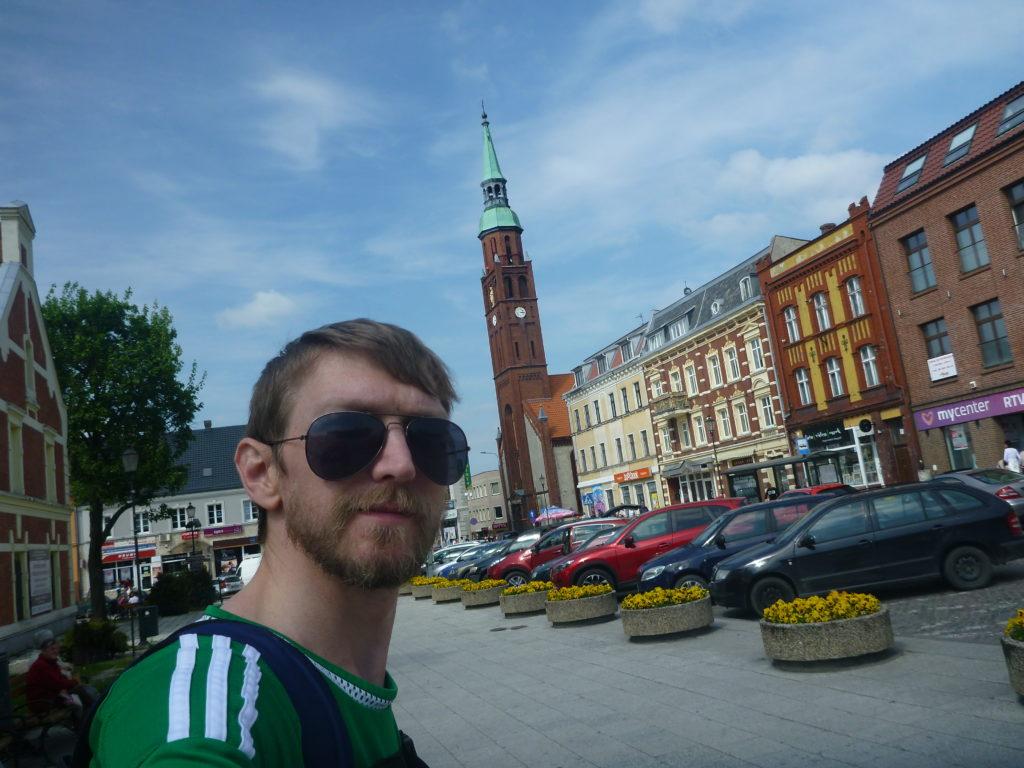 Jonny was impressed by Starogard . And you can be happy.

His entry on the website had many interesting comments from readers.
– I never heard of this place in Poland, but I would definitely consider arriving there during my trip to Europe next year ! – Wrote Elaine.
– and is perhaps Jonny has proved that there is worth here in Starogard. Maybe it’s time for locals to stop complaining for a moment, and like Jonny, go on a trip around the city, to look at it again, this time a bit more favorably ?
– We look forward to Your opinions , comments and observations on our portal Kociewiak.pl . Please share your findings! 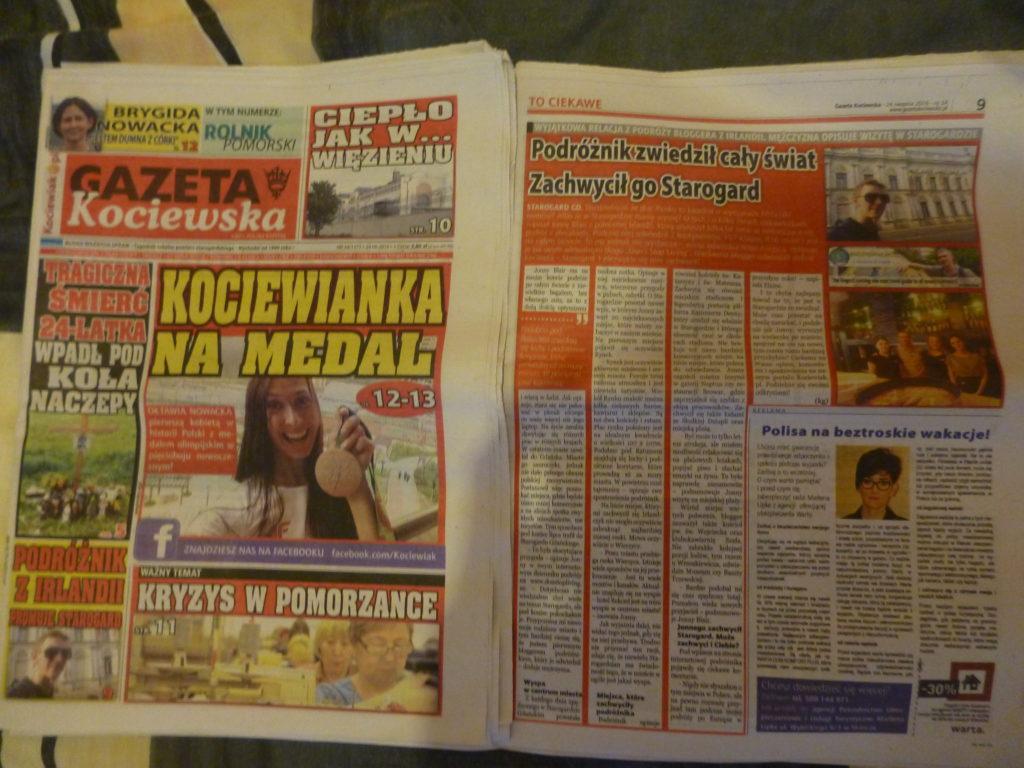 Here are all my published articles as a travel writer on Starogard Gdański, I think I cornered the niche and I know I deserved this.

Watch this video on Starogard, it is amazing!!

For Polish readers, here is the Polish version, roughly: 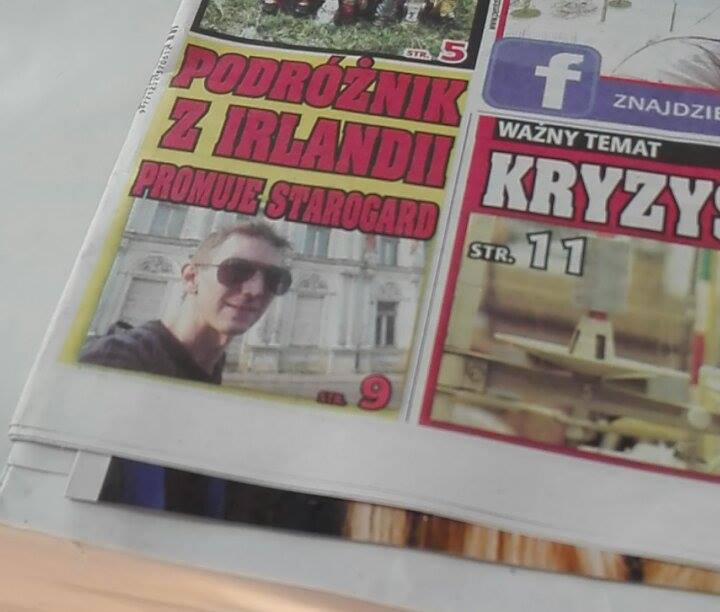 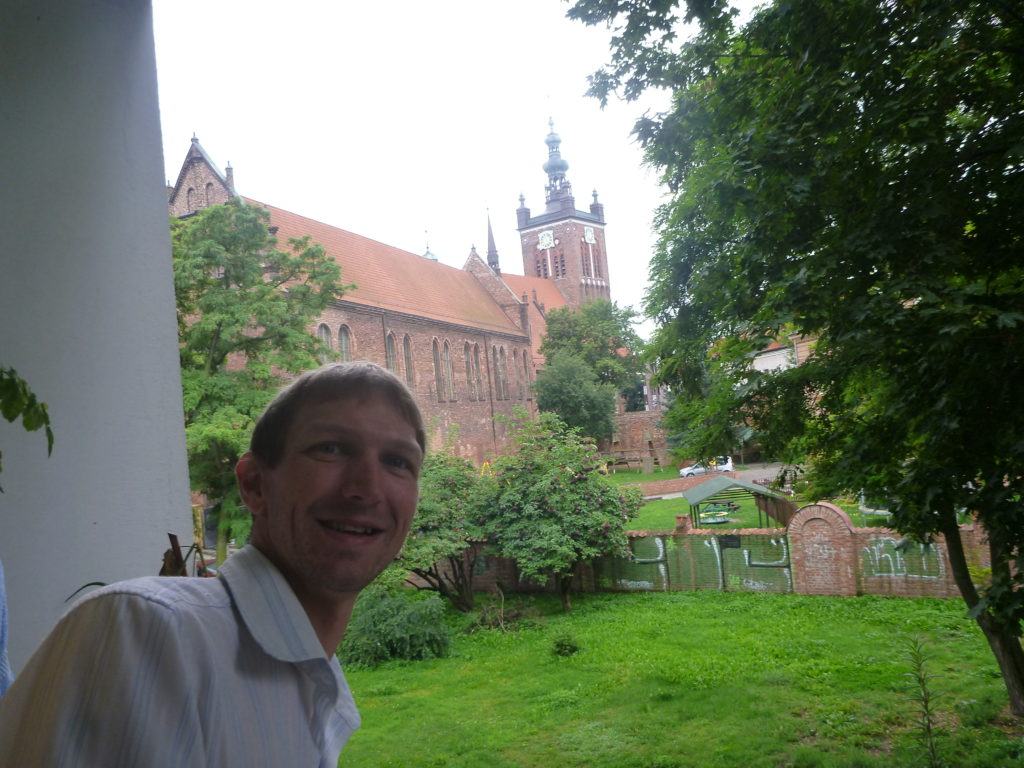